Entertaining at home is a regular occurrence for 49% of Canadians

In an online survey just released by GfK, half (49%) of Canadians report that they entertain guests in their homes at least monthly, with 15% saying they host either daily or weekly. While these figures are impressive, they still place Canada in the middle of the pack in this study of 17 countries.

On the other hand, 10% of Canadians say that they never entertain guests in their homes. These insights are from an online survey of over 22,000 consumers (ages 15 or over) worldwide. GfK asked people how often they entertain guests in their homes, which can cover everything from dinner parties to having friends over to watch a film or sports or simply chatting over coffee.

Mexicans and Argentinians are the most frequent hosts out of all 17 countries surveyed, with 42% and 39% (respectively) reporting that they entertain either daily or weekly. In contrast, Koreans and Japanese are least likely to entertain at home, with over a quarter (28% and 27% respectively) saying they never do this.

Among Canadians, gender makes little difference to how often people entertain. Roughly one-third of both genders (35% of women and 33% of men) entertain monthly at home. Men are slightly more likely than women, however, to entertain daily or weekly (16% for men versus 13% for women), while the sexes are equally likely to report hosting less often than once a month (42% for women versus 41% for men). 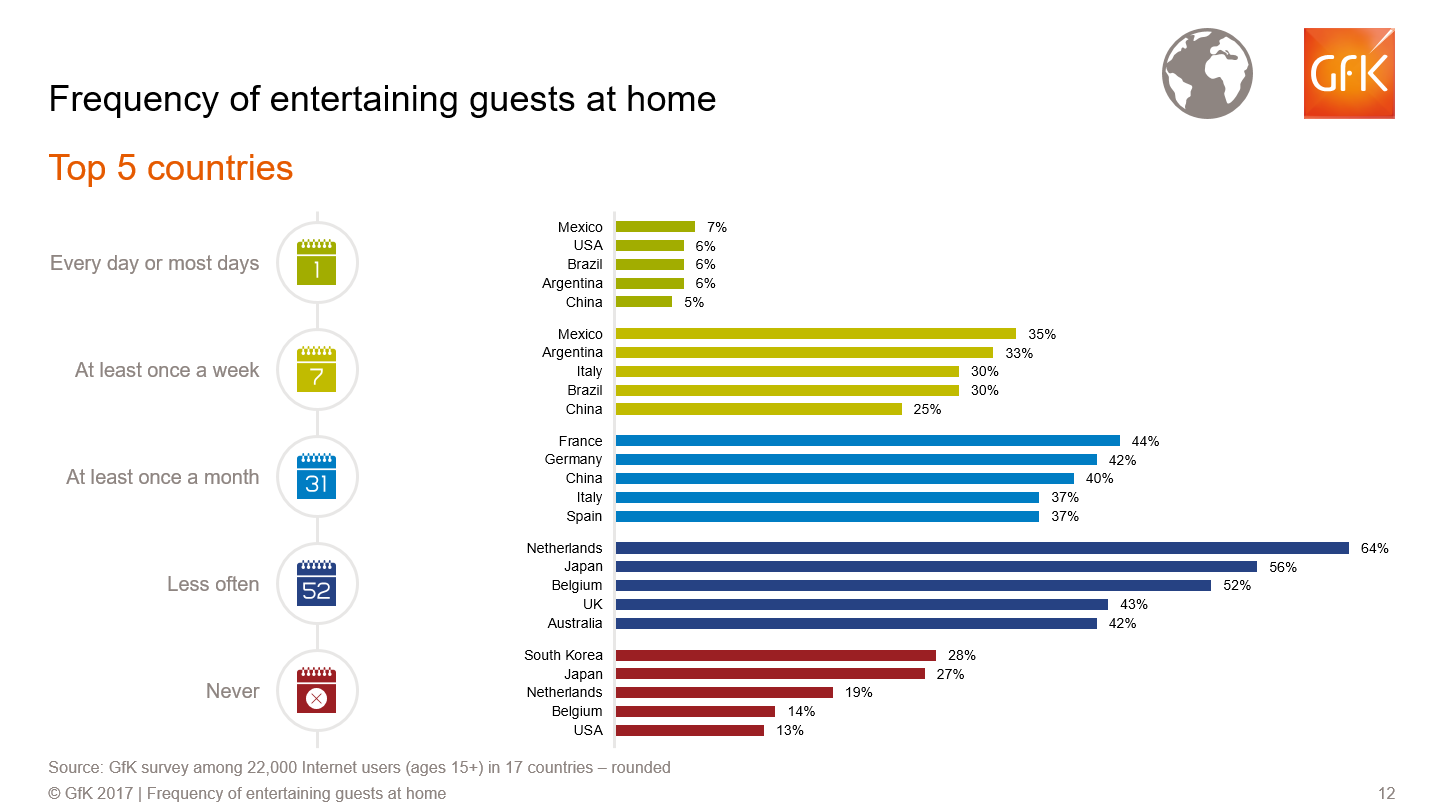 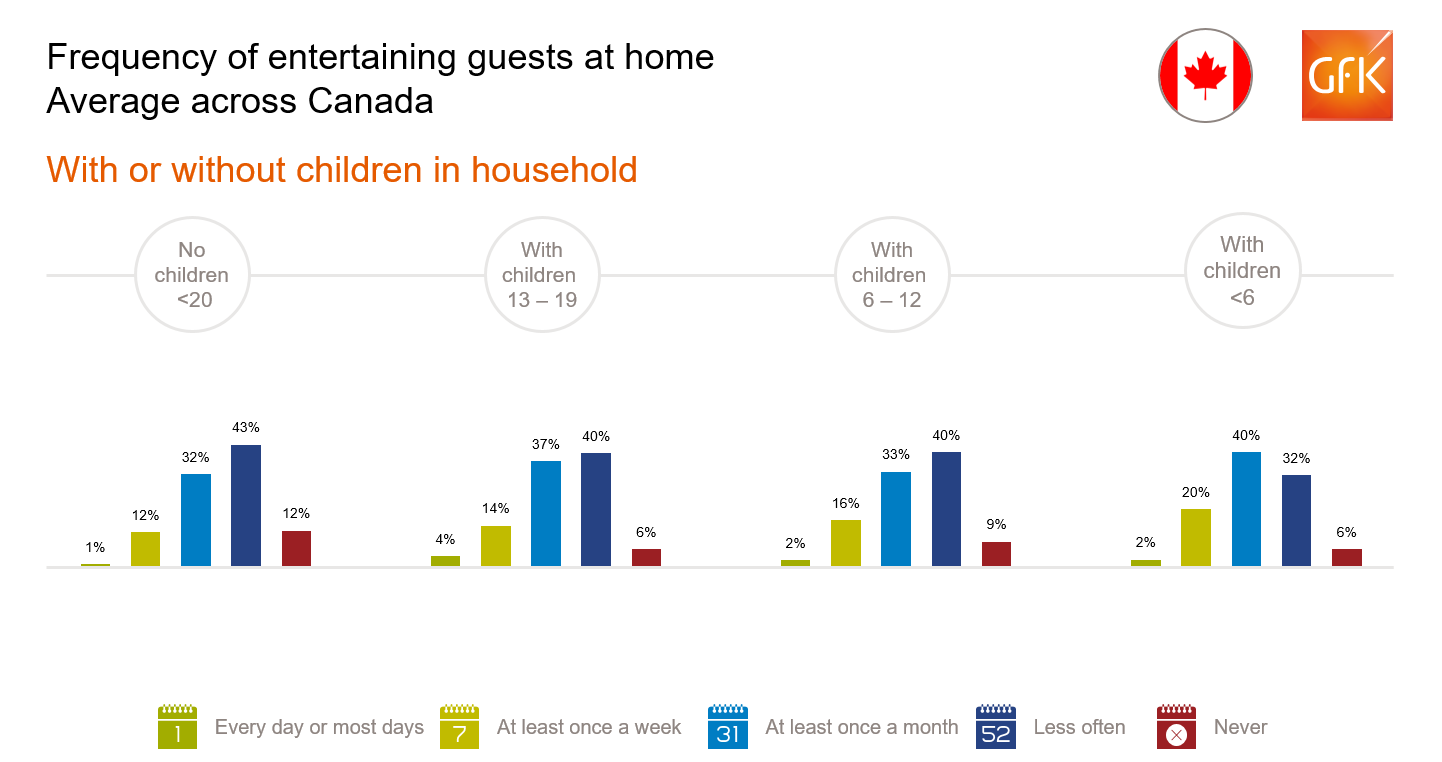