Nuremberg, March 23, 2017 – A 17-country report just released by global market analysts, GfK, shows that 30 percent of the international online population read books “every day or most days”. This is lead by China at 36 percent, closely followed by Spain and the UK at 32 percent each. However, if the segment is widened to include both daily readers and those who read “at least once a week”, the international total rises to 59 percent, with China firmly in the lead (70 percent of its population), followed by Russia (59 percent) and Spain (57 percent).

Women are more likely to be avid book readers than men

Non-readers for books highest in Netherlands and South Korea

The Netherlands and South Korea have the highest percentage of their online population who report never reading books, standing at 16 percent each. In South Korea, this is fairly evenly divided between men and women, but in the Netherlands it is heavily led by men, with 23 percent never reading books, compared to just 9 percent of women. The countries with the next highest proportion of those who never read books are Belgium (14 percent), and Canada, France and Japan (all 11 percent).

Mathias Giloth in GfK Entertainment, comments, “The value of these findings for the book industry lies in combining this self-reported data with analysis of actual sales across different markets and insights from our retail and consumer panels. With this multi-layered approach, we help our clients to fine-tune their audience segmentation and identify customer potential, both globally and at country-specific level.”

Download the complimentary report of 80+ quick-view charts, showing breakdown by income, age groups and gender for each of 17 countries. 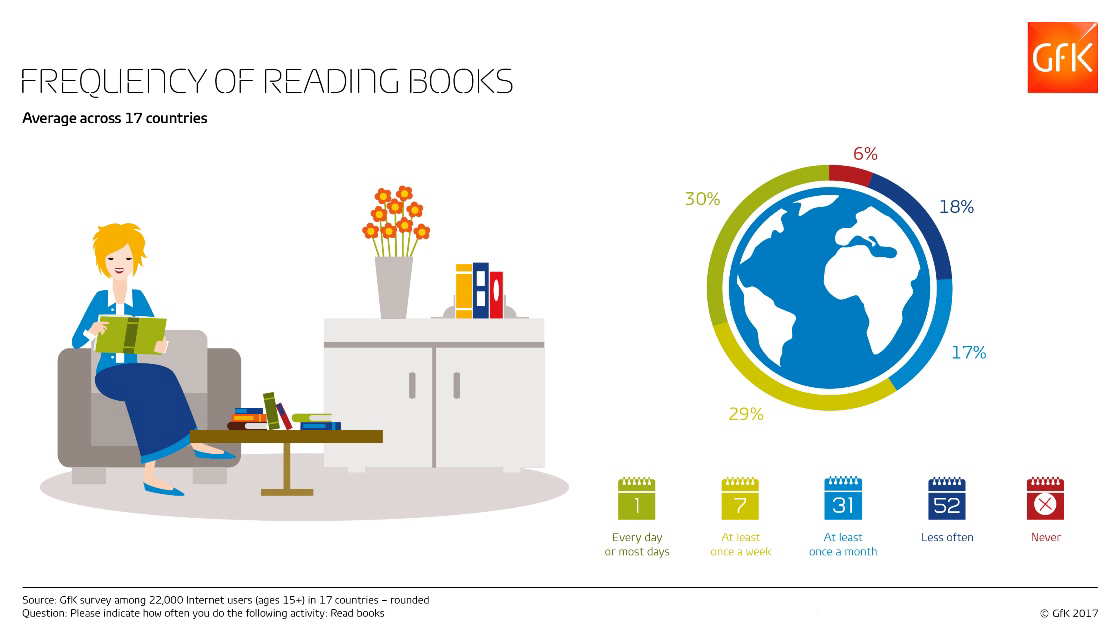 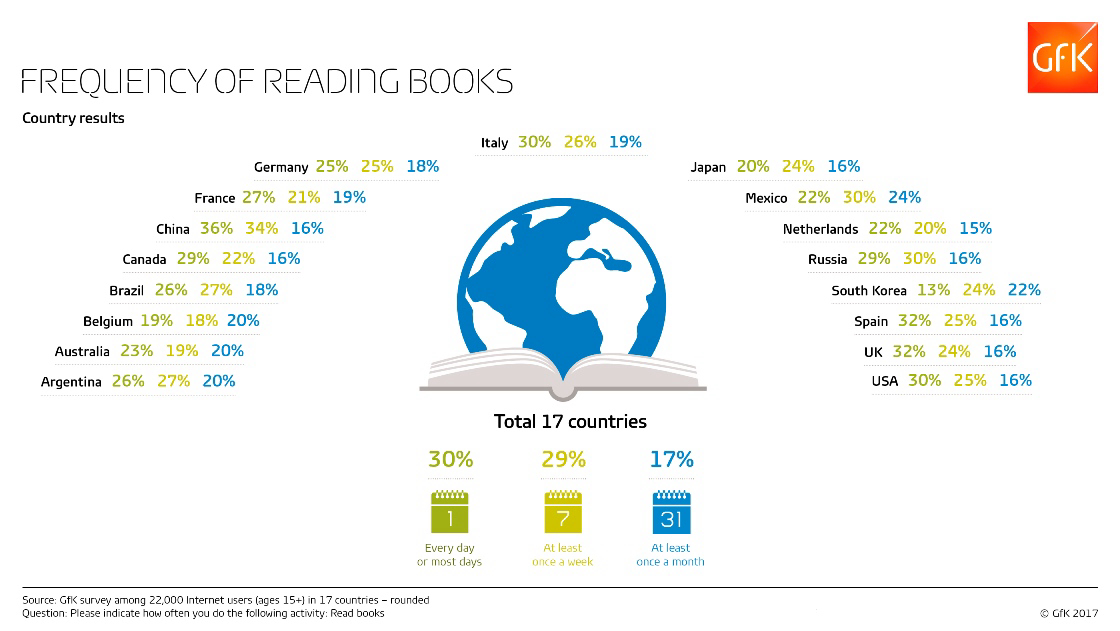