How to achieve brand growth amidst rising inflation

Shopping without a smartphone? No way!

There is no denying that the smartphone has arrived and is here to stay. The small screen has taken on a central place in society as well as in our daily lives. As such, in Belgium, we spent no less than 270 million euros on online purchases involving a smartphone in the first six months of 2017.

For companies aiming at young people it's obviously a must to be part of the mobile evolution: after all, more than one in four young people (Generation Z and Generation Y) considers their smartphone to be the most important component in shopping.

For young people as well as the general population, the role of the smartphone when shopping is threefold: it not only functions as a purchase channel, but also as a means of payment and as a shop assistant in traditional or offline shopping.

The smartphone as a purchase channel

Of all online purchases 11 out of 100 take place through a smartphone, again taking up a larger share than the tablet, although the computer (desktop and laptop) remains by far the largest online purchase channel with a market share of 76 percent.

However, the smartphone remains relevant for smaller purchases in particular: an average shopping cart on a smartphone was worth about €60 in the first half of 2017, while on a computer it was approximately €120.

The smartphone as payment method

In addition to the use of the smartphone as an effective purchase channel, one in three Belgians use the smartphone as a means of payment. Two major groups of mobile payers can be observed: on the one hand 4 out of 10 say that they make payments as often as possible using their smartphone, on the other hand there is an equal number of Belgians who consider making mobile payments to be somewhat of a “gimmick”.

Just under half of mobile payers consider paying with a smartphone as easier (46%) and faster (44%). The centralisation of various payment options is also considered an important advantage of mobile payments by just under half (44%).

Security is still considered a concern: only 1 out of 4 indicate that they think making mobile payments is safer, and half of mobile payers are worried about their personal information when they use the smartphone as a means of payment.

The smartphone as shop assistant

The smartphone doesn't only play a role in online shopping but is also used in traditional (offline) shopping: as many as 67% of Belgians indicate that they have used their smartphone as an assistant in the last three months.

Finally, 30 percent of Belgians use their smartphone to look for information about a particular product or service while shopping, whereas 28 percent say they compare prices using their smartphone.

The mobile evolution appears unstoppable: each of the smartphone's three roles has become more important for the consumer in recent months. It is therefore up to the retailers and service providers to embrace the mobile trend and develop and implement a clear mobile vision.

The consumer has taken the mobile path, and the last months of 2017 will only confirm this trend. The question is not whether mobile commerce is growing, but how much, how fast and who the mobile winners and losers will be. 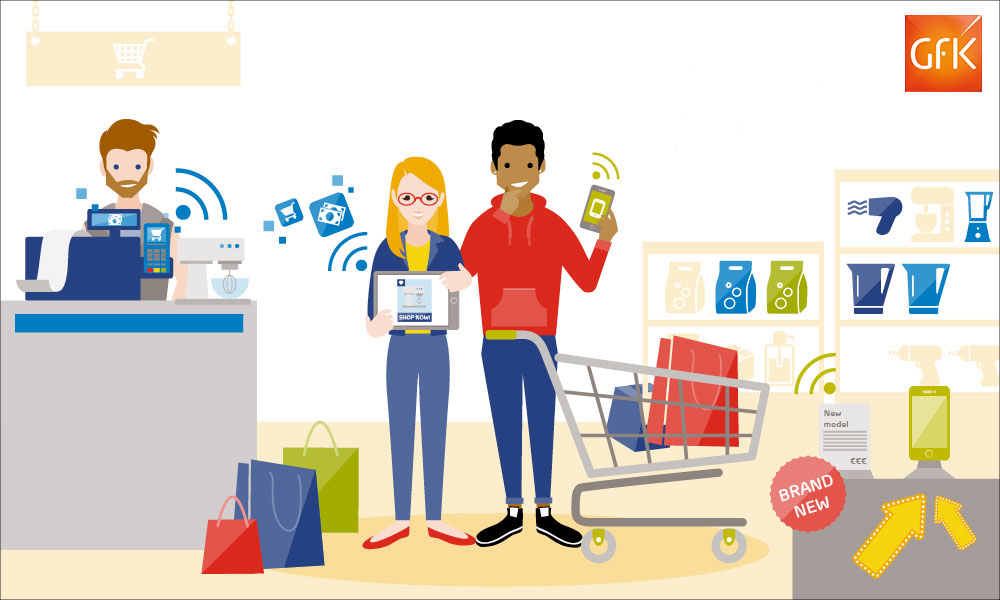