GfK’s Map of the Month for April shows the regional distribution of purchasing power in Germany, Austria and Switzerland in 2022.

With an average per capita purchasing power of €41,758, the Swiss will once again have significantly more money available for spending and saving in 2022 than the neighboring Germans (€24,807) and Austrians (€24,759). However, there are significant regional differences in terms of net disposable income not only between the three countries but also within each country. 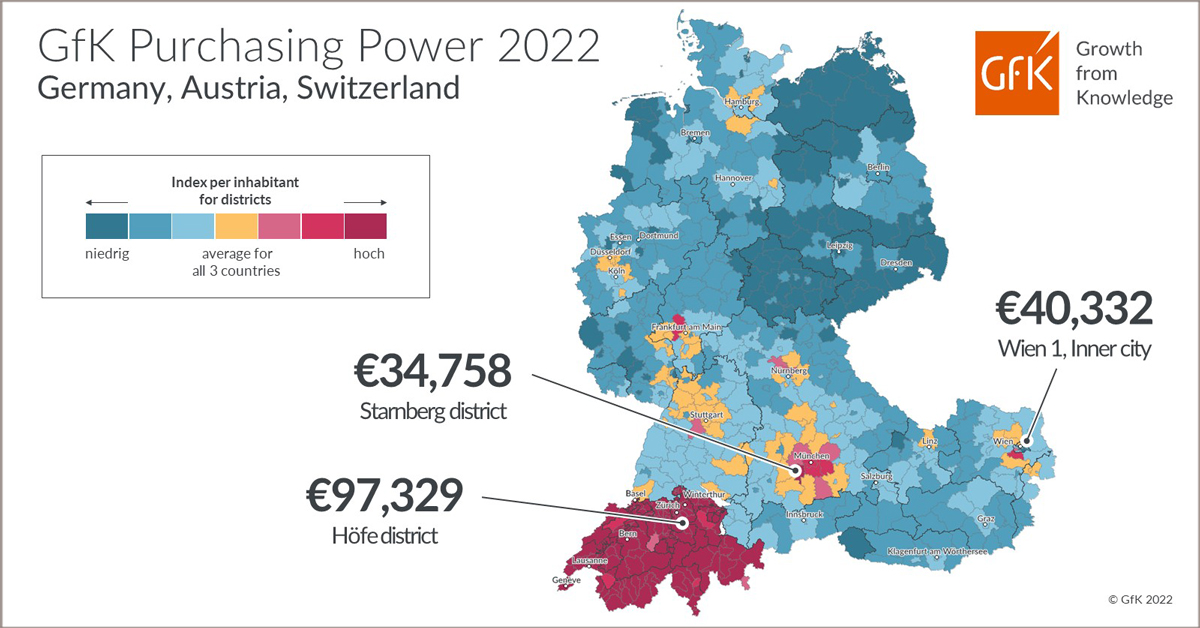