Map of the Month: GfK Purchasing Power in Germany, Austria and Switzerland 2021

GfK’s Map of the Month for April shows the regional distribution of purchasing power in Germany, Austria and Switzerland in 2021.

With an average per capita purchasing power of €40,739, Swiss will have significantly more money available for spending and saving in 2021 than Austrians (€24,232) and Germans (€23,637). However, GfK's new 2021 purchasing power studies show that there are also significant regional differences in terms of net disposable income within the respective countries. 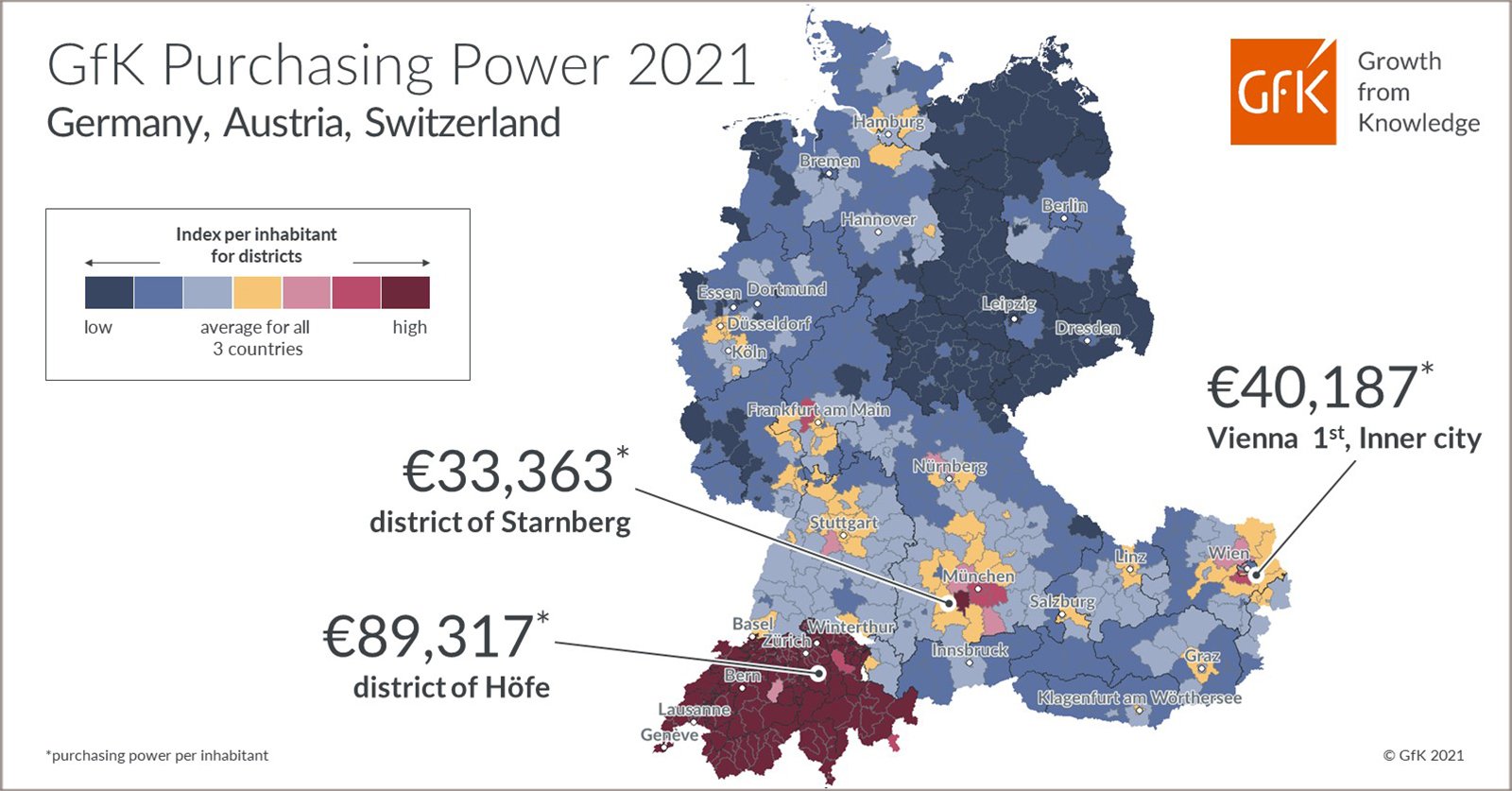