GfK’s Map of the Month for August shows the regional distribution of safety-seekers in Germany in 2022.

Inflation is currently the Germans' greatest fear: Current July data from GfK shows that 80 percent fear supply bottlenecks for oil, gas and petrol as well as rising food prices. The group of safety-seekers is the most cautious when it comes to planning their expenditures. Safety-seekers place great value on safety and stability in their lives, embrace traditional values and seek satisfaction through work. At the same time, they also want to enjoy their lives, like listening to music or taking care of their home. But where in Germany do most safety-seekers live? 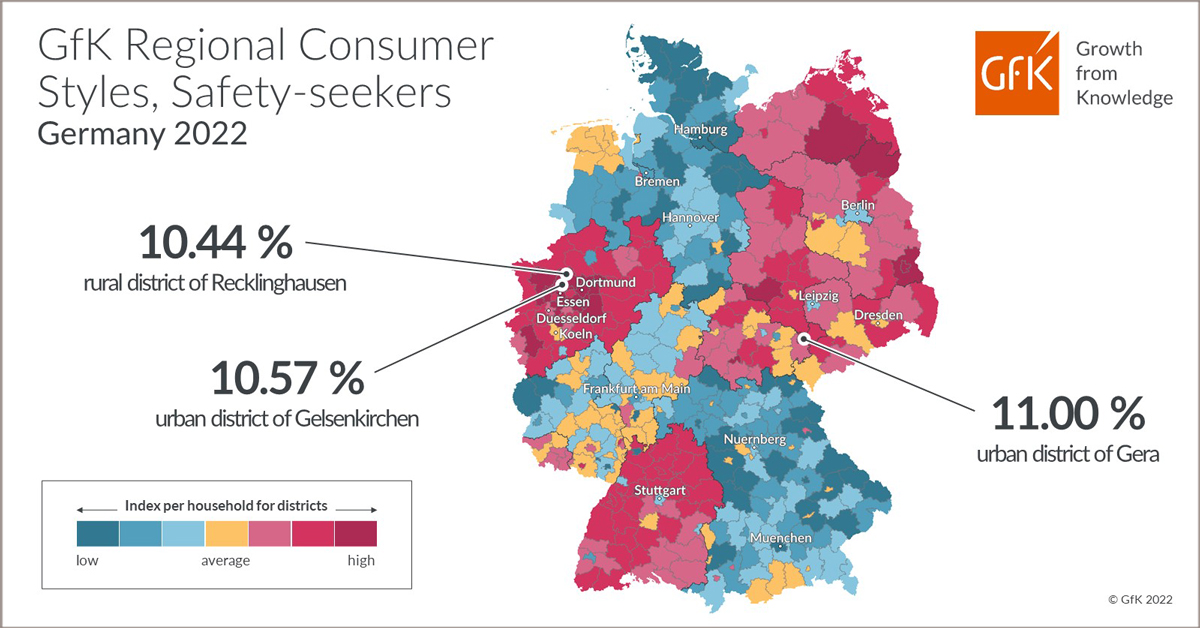