As audiences are spoilt for choice and the devices that TV content can be viewed on become ever smarter and prolific, the challenge for content producers and advertisers to reach audience targets becomes ever more complex. At the same time there is a significant challenge for the industry in measuring the audiences of this content.

With this background the Infocomm Media Development Authority (IMDA) of Singapore commissioned GfK to set up a more extensive and inclusive measurement in 2015 with the launch of the new SG-TAM service in 2016. For the first time in Singapore, this new service will deliver total TV viewership, which integrates linear and non-linear viewership and report with standard metrics of TV audience measurement.

The purpose of SG-TAM is therefore to measure the contents’ ratings regardless of the device they are played on. To do so, on top of the traditional live viewing that still dominates TV in Singapore, the streaming services of contributing broadcasters can also now be tracked. This is further enhanced by a dedicated digital panel with passive meters on smartphones, tablets and PC’s to collect all online activity.

With these developments it is now possible to measure live viewing, catch up of up to 28 days on up to 200 channels and streaming of TV content on partner broadcasters players, covered by a significantly enlarged panel.

As more viewers go online, one key objective is to track the trends in live TV viewing, and to see if viewers are migrating to online for the same content. We also want to know if the same content can attract new online viewers, and if so, what is the incremental reach? Just as important is to look at the types of audiences that view on the different platforms. With SG-TAM’s ability to monitor what is being watched on the different platforms and who is watching, GfK recently ran some analysis to answer the following questions:

To answer these questions we looked at viewers on Mediacorp’s Toggle platform. We took 6 different TV programmes across 6 genres (Drama, Variety, Cartoon, Children, News and Information/Education) with 77 episodes broadcast over a one month time period.

The hypothesis being tested here was that those in younger demographic groups were more likely to watch TV content online. This is generally accepted in the industry as true but we wanted to put absolute numbers to this. We took the baby boomers (age 55-74) segment as the base and compared them with other age groups. Not surprisingly we did see a greater uplift in streaming of the same content, the younger an audience was. The chart below demonstrates this. In this example the uplift among the Gen Z group was almost 13 times that of baby boomers. Simply put, that means that if streaming added 1% viewing in addition to live TV viewing via a TV set to baby boomers it would add almost 13% to the Gen Z group.

This is the first time in Singapore that we have been able to put firm figures on these types of uplifts.

Another interesting finding regarding streamers of these programmes is the demographic breakdown. 67% of those who watched the programmes on a device other than a TV set were either in the Gen Z or Millennial segments. On average, a person who streams this TV content is 29 years old compared to 48 years for those who watched these programmes on TV only. It really is a generational gap in behaviours. What will be fascinating to track is to see if these Gen Z’s and Millennials stay on the other devices or migrate towards the big screen as they get older. There is no guarantee that this migration to the big screen will happen.

Not surprisingly, with streamers being a much younger demographic, their personal income is generally lower than those in the older age group who watch TV only. With SG-TAM, we have detailed information on both individuals and households and are able to look deeper to see that streamers tend to live in more affluent households than those of TV only viewers.

With new methods being rolled out, SG-TAM in Singapore covers more video viewing than ever before and continues to innovate for the changes that will continue in the near future. 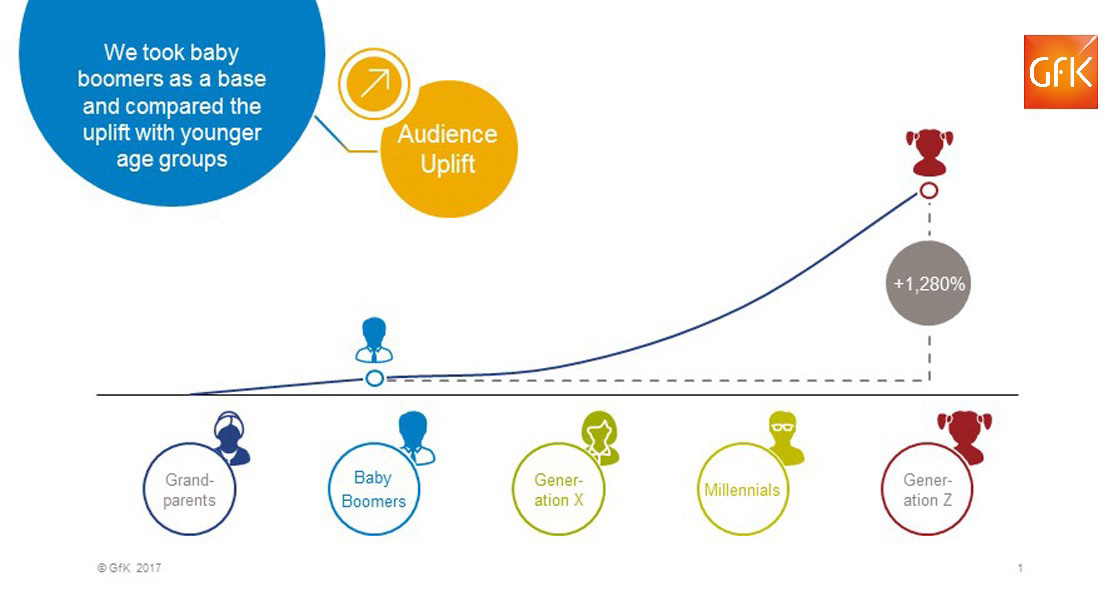 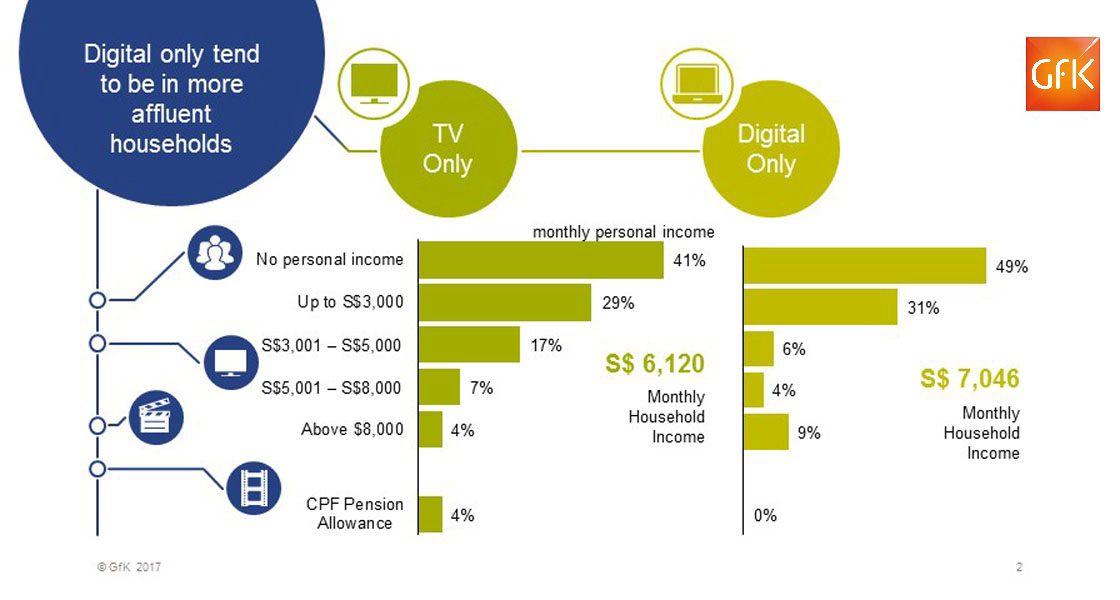 Want to find out more about the digital behaviour or Singaporean consumers?