COVID-19 has strongly impacted the global economy and Belgium has not been spared. The closing of businesses, the rising unemployment rate, the uncertainty about the future has created a fear about our financial future. How do Belgian shoppers perceive the impact of the crisis on their financial and employment situation?

Not all shoppers react the same : how strong shoppers are actually hit by the crisis is a question of their personal financial scope,in addition to their employment situation. On the basis of these dimensions, GfK has developed three shopper types to underlay the impact of the crisis among the population: 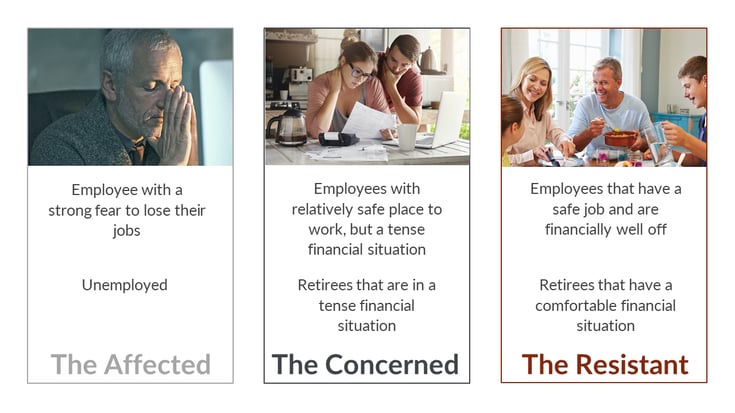 Who are those shoppers ?

Younger shoppers are significantly more represented within the Affected group: 34% of them are under 39 years of age while only 20% of the Concerned and Resistant shoppers are under 39. Shoppers older than 65 years old benefit more from a secure financial situation than the other age groups as they represent 42% of the Resistant which can then explain the high proportion of pensioners within that segment. Households with children, on the other hand, are more concerned about their situation following the crisis, respectively representing 51% of the Affected and 44% of the Concerned. 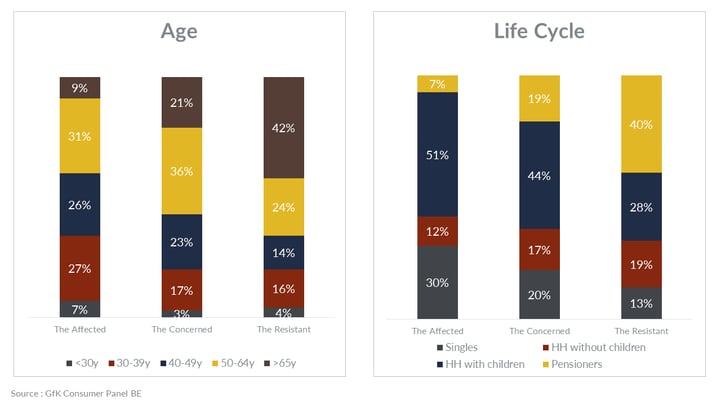 How are the groups represented among the population ?

A majority of Belgian households does not share concerns about their financial and/or employment situation. However, 32% of them is somewhat struggling with a tense financial situation although feeling safe in their job and 10% has a strong fear of losing their jobs or are already unemployed. 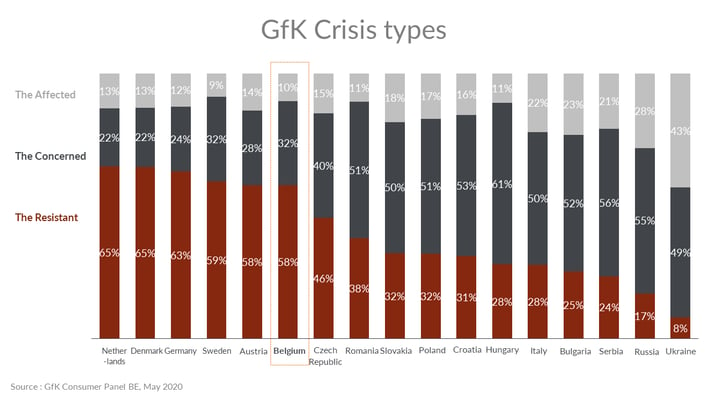 When comparing Belgium to other countries, it is clear that the situation is quite different from other Western European countries : much more families are Concerned or Affected shoppers in Belgium.

The Affected shoppers in Belgium share a higher health and economic concern about the impact of the crisis on their financial situation in comparison to other Western European countries. In Germany the Affected shoppers, despite representing 12% of the population, perceive a low risk for the health and economy: Germany is one of the countries in which there is a high level of trust in the health system and a rapid economic recovery. 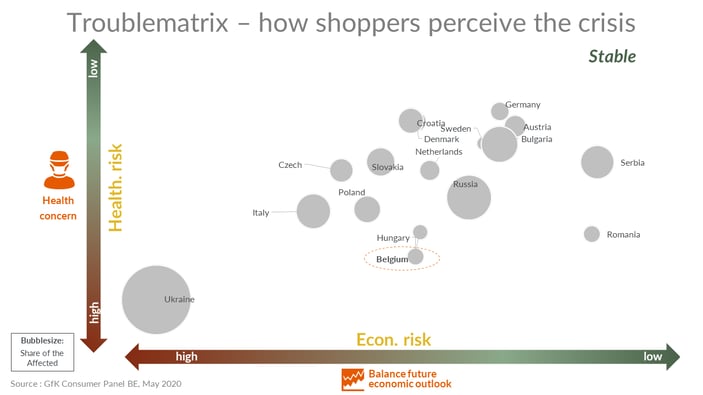 This may suggest that the actual impact of the crisis will be more important in Belgium than in other Western European countries as the economic fear is higher than elsewhere in Western Europe.

How will this really impact the purchase behavior of Belgian households? Will this impact your brand even more then in other countries? Will price setting and promotions become even more important in the near future?