Nuremberg, June 10, 2016 – Data released by GfK shows that natural pet food cornered well over half (58 percent) of the USA’s total $13 billion spend in the ‘pet specialty’ market last year, while grain-free came in just short of the 30 percent mark.

In addition, the UK, Czech Republic and Greece all show notable demand within both product areas.

In the UK, natural pet food accounted for 38 percent of the total spend for the ‘pet specialty’ market in 2015, while grain-free took 15 percent.

And, for Greece, it was 20 percent natural and 11 percent grain-free.

Pushan Tagore, vice president of global marketing for pet care at GfK, comments, “Consumers have been aware for some years of the health benefits of natural diet for themselves – and that thinking is jumping across into what people choose to feed their pets.

"Even in markets where the current market share for natural or grain-free pet foods is low, the year-on-year growth is significant, indicating strong potential. Overall, we expect the take-up across the majority of markets to be sharp, as consumers extend their existing healthy-eating awareness to their pets. This was particularly evident in this year’s Interzoo conference in Nuremberg, where natural pet food had a significantly increased presence across the show.” 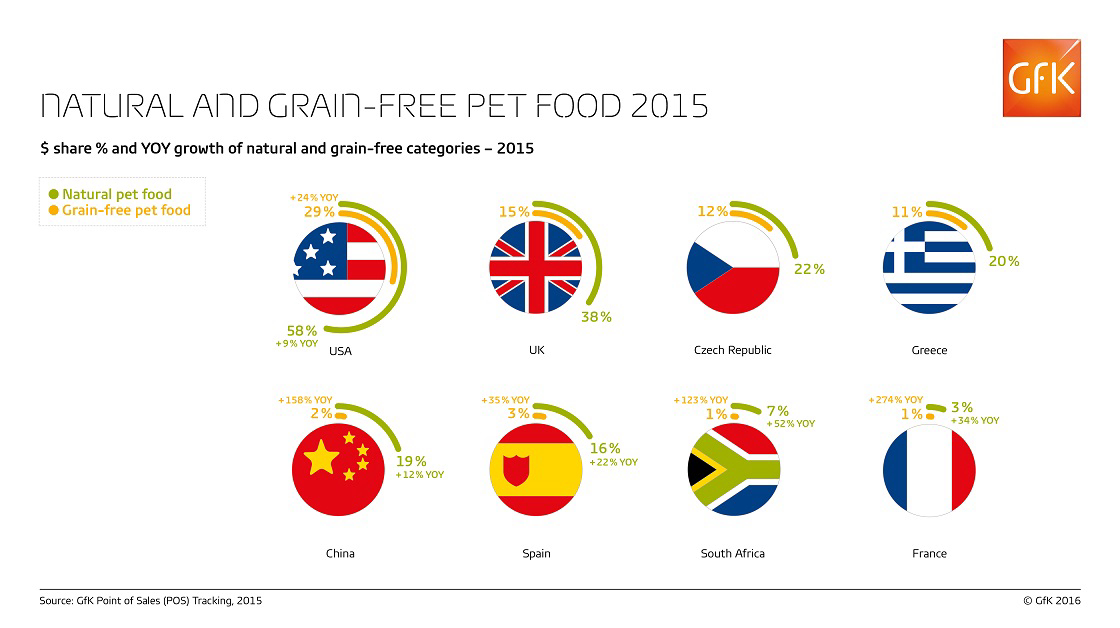