How have recent political changes affected sales within the UK?

Political and economic uncertainty has always had a bearing on our spending habits as consumers, and during these times of financial insecurity, we often think twice about spending decisions. Within the last year there have been a number of events that have raised economic uncertainty. This can be seen in the UK. GfK Consumer Confidence Barometer, which has tracked sentiment towards spending in the current markets, highlighting the current insecurity of the nation towards the current economic picture.

In this article we’ll look at the impact of consumer confidence on actual sales from our POS tracking panel, across a number of categories; Computing, White Goods and Televisions. These markets have struggled over the last year, with sales value dropping by -2.4% across all product groups. This trend is even more extreme in volume with a drop by -17.6%, suggesting consumers are buying less but at a higher price point. There has been a lot of media attention regarding price rises linked to these political events. So with the increased number of major political events and the uncertainty this brings, can consumers wait for the perfect time to purchase?

Following the news in June 2016 that the UK planned to leave the EU, the uncertainty of the markets was well publicised. This was well and truly reflected in the Consumer Confidence Index, reporting a figure of -12, the lowest consumer confidence had reached in the UK since the days of the recession in December 2013 (-13). However, the Computing market didn’t suffer but also didn’t excel, having a stagnant growth of 0% (Vol.). The same could not be said for the White goods market, which fell -12.8% (Vol.). Similarly, Televisions didn’t fare well either, as sales value dropped -23.6% in the month after Brexit.

In the months following Brexit, consumer confidence grew; reaching a much higher figure of -1 in September 2016. However, this rise was only temporary as the result of the US presidential election not only had an impact locally, but internationally on confidence. The GfK Consumer Confidence index fell to -8 (November 2016). The White goods market took the biggest hit out of our three categories, with a decline of -10.7% (Vol.). However, both Computing and TVs grew compared to the previous month, with figures of 23.7% and 62.4% respectfully (Vol.). Whilst these figures might be exaggerated as a result of black Friday sales and the pre-Christmas spend, it still shows us that consumers are willing to spend at key times of the year.

The Consumer Confidence Index continued to flutter around between -7 and -5 for the next 6 months, up until last month and the snap general election. Still feeling the effects of Brexit, the election caught many off-guard and consumer confidence took another drop to -10 (June 2017), its lowest ranking since the Brexit result a year ago. The market suffered equally in the month following the election as the growth rate of all three product groups was down on the previous month. Computing took a hit with a negative growth of -2.6% (Vol.), whilst White Goods had a growth rate of -10% (Vol.). The biggest drop was seen in Televisions, which declined by -21.3% (Vol.). All of which implies that consumers are less willing to spend money and this is being reflected in the market.

What we can gather through a tough socio-economic and political climate during the last year, is that consumers are buying fewer products but those products are being bought at a higher price point. Suggesting that the political and economic certainty hasn’t prevented consumers from going out and spending. The demand for big ticket items is still there as a whole, but whether this continues as we step further into Brexit negotiations is another matter, and one that we can only tell through time. 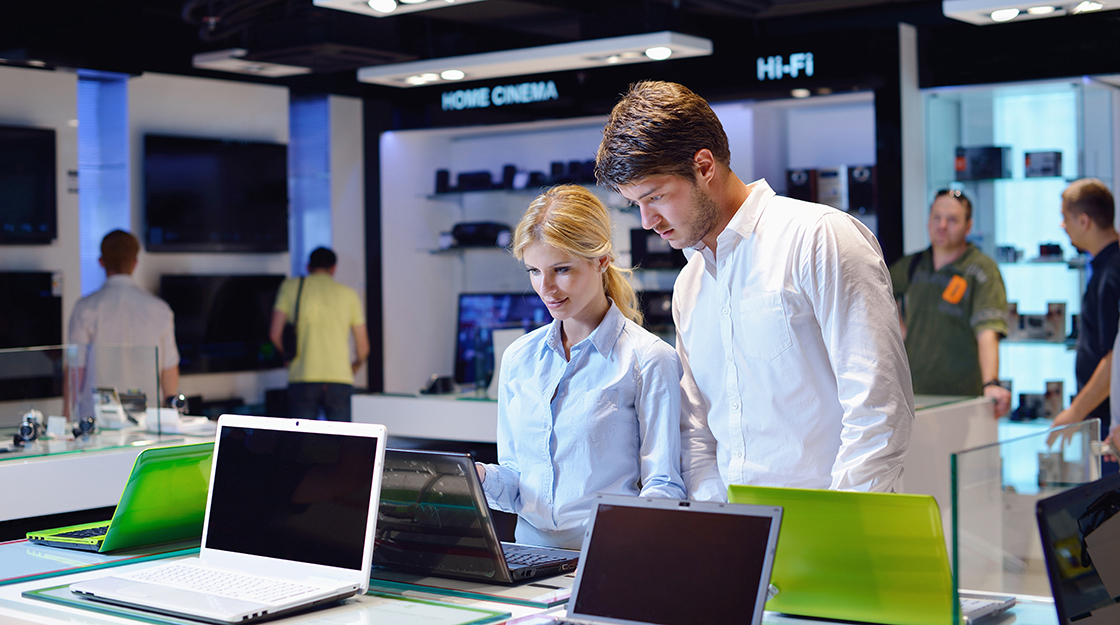