EN
back
4
min read
share this page
Innovation and Digital

Gaming: So the Arcade is in decline...but what does this mean?

It is a well-known reality that the popularity of the amusement arcade is in decline. The release of 3D TV, augmented reality, motion sensing and online gaming, to name a few, have taken the in-home gaming experience beyond comprehension, whilst the current economic climate has left gamers unable to cope with arcades’ rising costs. However, perhaps the innovations in technology and the economic climate are not the only reasons for the demise of these venues; perhaps this could also be saying something about the shift in our culture of gaming? Let us take a step back and consider some of the factors.

Thinking back, it seems so long ago when the amusement arcade first appeared. When games such as Space Invaders and Pac-Man were released in the 1970s, their popularity grew with great speed along with the arcades themselves. For some time, the amusement arcade appeared to be on an upward trajectory, a place we all visited with families and friends, and the first venue of choice for gamers seeking to try out newly-released games. Super Mario, released in 1985, is one of the bestselling games of all time, selling a total of 217 million of copies worldwide, whilst another well-loved game, Tetris, remains not too far behind, having sold 175 million. One of the reasons for their great success was the strong emphasis on gameplay. The games focused on the entertainment factor and is a reason for them still being so successful today. However, as technology has evolved and video-game graphics have enhanced, amusement arcades have failed to keep up with the pace of change. The beginning of the 21st century saw a boom in technology and stronger emphasis on in-home gaming became the focus; home games consoles soon delivered the better, high-quality graphic experience rather than the amusement arcade.

The precipitous advancement in video gaming technology such as 3D gaming, augmented reality, advanced motion sensing and access to a vast network of online gamers have made the in-home gaming experience better than ever before. From the comfort of their own home, gamers are able to connect to vast social networks of like-minded people, thereby still being able to enjoy the social aspect of gameplay. The 3D gaming and motion sensing technology gives gamers an immersive experience that they are unable to get when they are playing at the arcade. The Wii Sports for the Nintendo Wii, a video game and console that uses motion sensing controls, hit 7.7 million in its 69th week of sales, whilst the Kinect, a sensor that connects to the Xbox 360 allowing you to be the controller, has sold 10 million worldwide to date, securing a place in the Guinness World Records as the fastest-selling consumer electronics device. Meanwhile, amusement arcade technology has been unable to adapt to support the new and superior video games.

The current economic climate has also taken its toll on the amusement arcade. Gamers are unable to afford the associated rising costs, and the fact that gameplay is limited is just another deterrent. From 2006-2011 the annual market share figures in amusement arcades declined by 0.6% whilst sales of the home game consoles are continuing to rise; to date, Microsoft has sold over 66.8 million Xbox 360s and the Nintendo Wii has sold over 95.7 million units[1]. Looking at Figure 1[2] we can see the drop in the Amusement Arcades market share between 2004 and 2010. Furthermore, 72% of respondents from the GfK omnibus who stated there was a reason they no longer visit amusement arcades put it down to the rising costs. 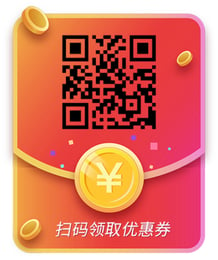 When arcade video games first hit the scene they were a huge success hitting their peak in 1982, generating $8 billion a quarter (currently the equivalent to $18.5 billion). Interestingly, this was almost twice as much revenue as the $3.8 billion generated by the in-home video game industry. However, the industry has shifted and the in-home game console figures are on a rise. It has been predicted that 190 million households will own a next-generation video console this year[3] and, of that figure, 80% will have that console connected to the internet[4]. Furthermore, when we asked respondents in a GfK omnibus whether they preferred to play video games at home or in an arcade, 98% claimed selected playing games at home as their choice. Preference for in-home gaming is clear and appears to be the current trend. Although the advances in technology and the economic climate are most likely factors of this, the socio-cultural shift in gaming could also be a reason.

Despite the advancing technology, the economic climate and the arcade vs. in-home experience, there is another factor that could potentially be playing a significant role in this shift. Over time, our need to speak to one another face to face has decreased and online communication and text communication is, for many of us, the first port of call. Advances in technology have increased our ability to do this, such as the development of Facebook and Twitter (there are now more than 800 million active Facebook users and over 100 million active Twitter users). The increased use of emailing, texting and instant messaging has also played a part in this (it has been predicted that by 2016 the number of active worldwide email accounts is expected to reach 4.3 billion). The shift in our socio-cultural behaviour is mirrored in the current gaming culture. The preference for online/text communication is supported within the online gaming technology by allowing the gamer to send text/voice messages during game play or even talk live through VoIP-like technology. Gamers are moving away from real life interactive situations and moving towards virtual interaction which appears now, to be the most preferred, and perhaps it is for this reason that the in-home gaming experience is prevailing.

It is clear that the amusement arcade is slowly losing its appeal at a time when the in-home gaming experience has amplified with technological advancements and access to a vast multiplayer network. With the shift in our socio-cultural behaviour, the future isn’t looking too bright for the amusement arcade. Although there may be some hope for amusement arcades if they lower their price (26% of gamers said they would play at an amusement arcade more often if this was the case), it still may not be enough to convince in-home gaming diehards to visit. It is something that only time will tell.