Sharp increase in optimism for the economy over the coming year

Joe Staton, Client Strategy Director at GfK, says: “There’s a clear sense of a change in consumer sentiment this month. The picture for the year to come is much stronger with a two-point improvement in how consumers view their personal financial prospects and a very healthy seven-point jump on how they see the wider economy next year.

"We haven’t seen such a robust increase in confidence about our economic future since the summer of 2016. Despite official warning signs about the flat-lining of Britain’s economy, we know that record high employment and below target levels of inflation are helping to boost consumers’ expectations for the year ahead. Importantly, for the retail sector, we also have an upwards revision in our Major Purchase Index, a key figure during the remaining shopping days of 2019.

"The Overall Index Score has failed to break into positive territory for the past four years due to confusion and uncertainty about the future direction of the UK. A great many people will be gazing into their crystal balls right now; ours indicates a rebound in confidence in 2020 based on renewed optimism and energy for a post-Brexit Britain.”

The Overall Index Score in December 2019 is -11. Four measures increased, and one measure decreased this month.

The index measuring changes in personal finances during the last 12 months has decreased by three points this month to -3; this is two points lower than December 2018.

The forecast for personal finances over the next 12 months has increased two points to +3 this month; this is four points higher than December 2018.

The measure for the general economic situation of the country during the last 12 months has increased three points this month to -31; this is the same as December 2018.

Expectations for the general economic situation over the next 12 months have increased seven points to -27; this is 11 points higher than December 2018.

The Major Purchase Index increased three points in December to +3; this is one point higher than December 2018.

The Savings Index is unchanged in December at +18; this is two points higher than at this time last year. 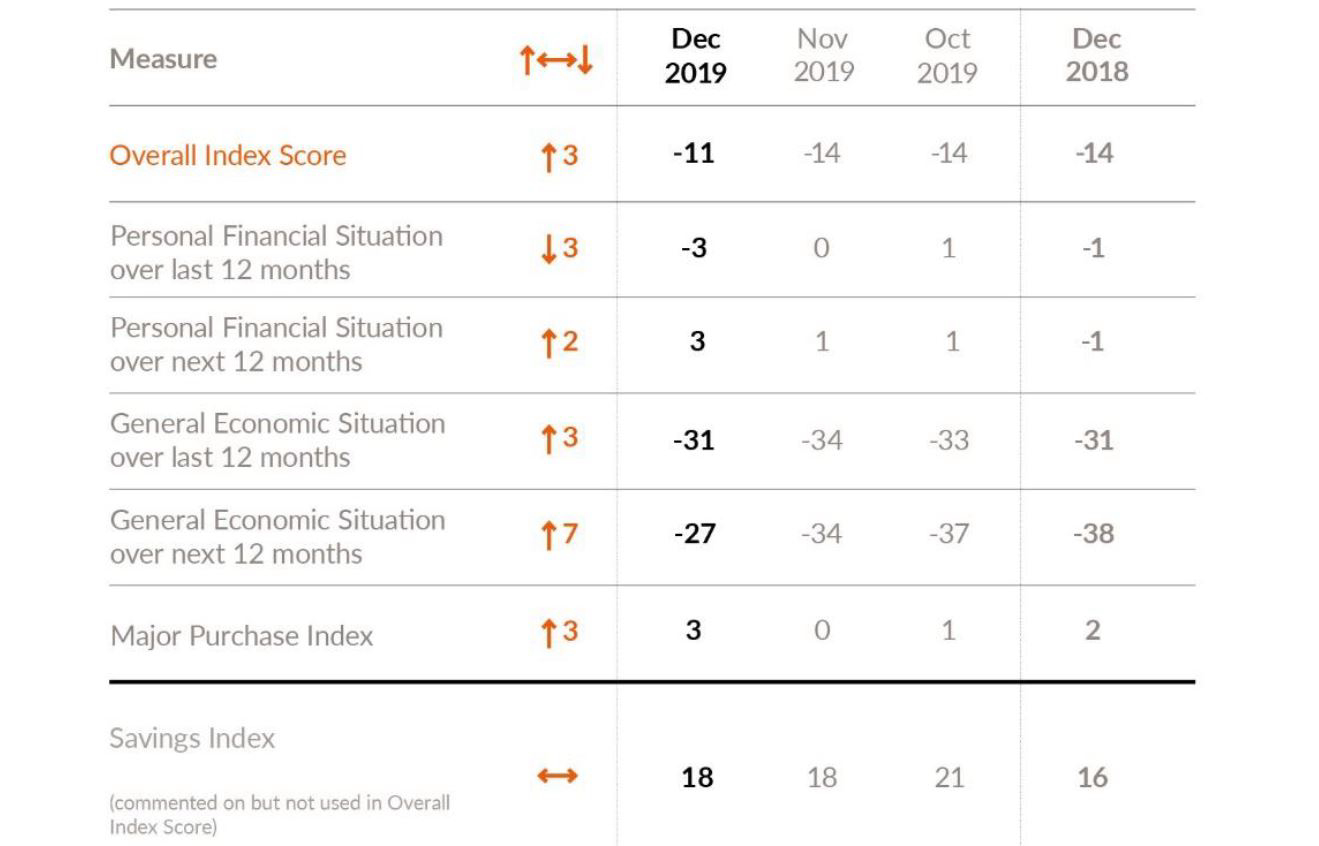 Interviewing was carried out during 2nd – 11th December 2019.