GfK’s long-running Consumer Confidence Index decreased by two points in September 2018 to -9.  Four measures went down and one measure stayed the same.

“There are fewer than 200 days until Brexit arrangements in some shape or fashion take effect. The clock is ticking down and in September the consumer mood dropped a couple of notches. When respondents talk about their personal finances, the scores are still positive. But for the general economy, they can only reflect on the obvious uncertainty surrounding Brexit. That poor view of the wider economy is keeping the headline score negative – the last positive headline was the +4 in January 2016. The danger is that consumers might capitulate on how they feel about their personal finances. If that happens, we’ll see very sharp drops indeed in the Overall Index Score in the months up to March 2019. Will the coming six months see the consumer mood turn significantly more fragile? Or do consumers think Brexit will ultimately be positive?”

The Overall Index Score in September 2018 is -9. Four measures went down in September and one stayed the same.

The index measuring changes in personal finances during the last 12 months has decreased three points this month to +1; this is two points higher than this time last year.

The forecast for personal finances over the next 12 months has decreased three points to +5 this month; this is one point higher than September 2017.

The measure for the General Economic Situation of the country during the last 12 months has decreased two points to -28; this is at the same level as September 2017.

Expectations for the General Economic Situation over the next 12 months have decreased one point to -27; this is three points lower than August 2017.

The Major Purchase Index has stayed the same this month at +6; this is five points higher than August 2017.

The Savings Index has decreased four points to +13 in August; this is 10 points higher than this time last year. 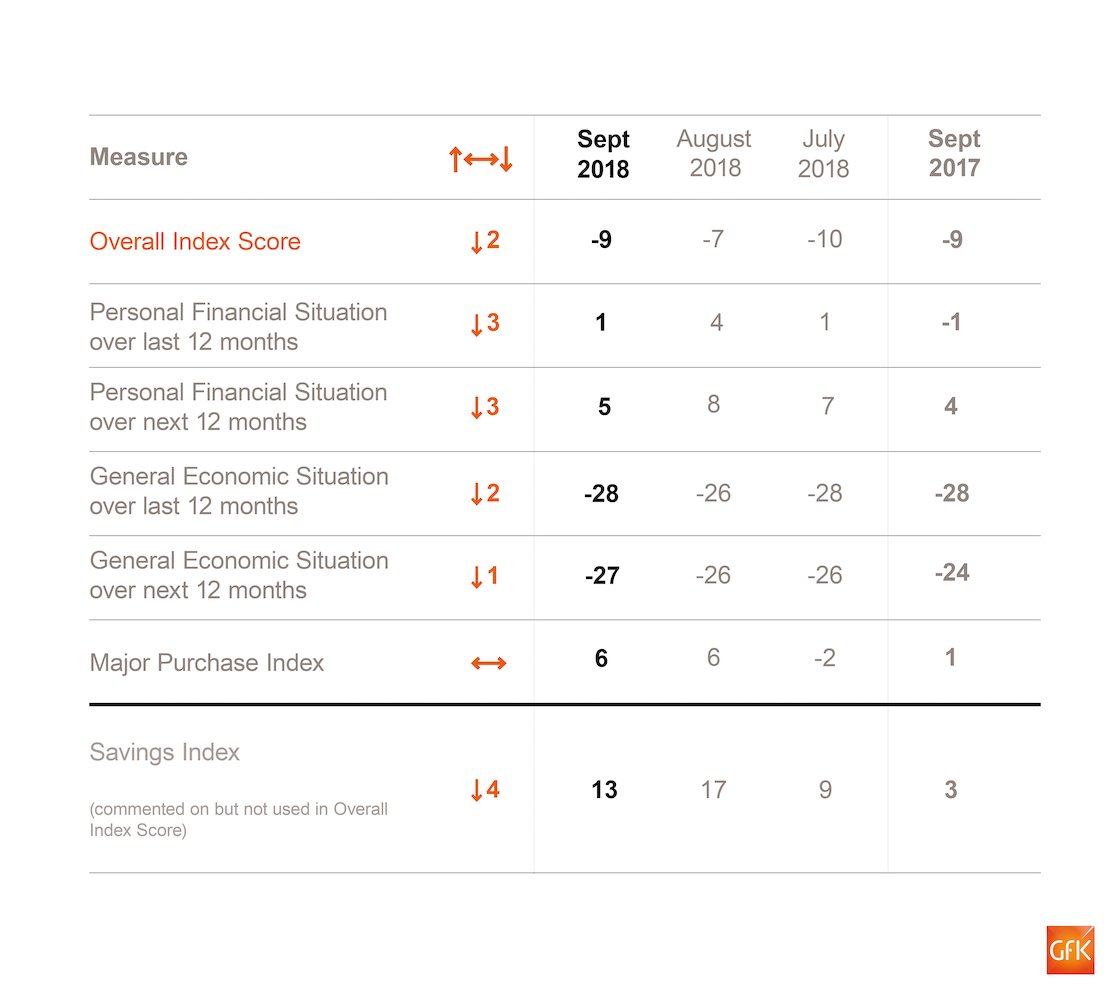 Interviewing was carried out during 1st – 15th September 2018.