Round-the-clock connectivity, the penetration of mobile devices, and the roll-out of 5G mean the virtual and real worlds are becoming increasingly entwined. Smartphone apps have replaced a host of tangible devices, from cameras to blood pressure monitors. And the global pandemic is accelerating the phygital reality trend (combining the physical and digital worlds), as consumers immerse themselves more deeply in virtual experiences that replicate the “real” world – whatever that may be these days.

What the pandemic has done is forced a focus on experimenting and exploring new forms of interaction and entertainment. We’re seeing a blend of online behavior with real-world engagement, and global consumers are always looking for the next big thing or big experience.

Among these pandemic-fueled technologies are virtual reality and augmented reality. While still nascent in a mainstream sense, they are gaining traction in retail and home entertainment spaces – creating more immersive ‘phygital reality’ that seamlessly transition consumers between online and offline channels. In the wake of COVID-19, retailers using AR saw a 19% spike in customer engagement, with conversion rates increasing by 90% for customers engaging with AR versus those that don’t.

The closure of shops and restaurants through the pandemic has boosted online shopping. In fact, according to IBM’s U.S. Retail Index, the pandemic has accelerated the shift away from physical stores to digital shopping by about five years. Yet, as many as 80% of consumers say they miss at least one aspect of the traditional in-store shopping experience, and about a quarter agree that online stores either “don’t do enough to engage with them” or that these sellers “want their money and don’t care about their satisfaction.”

AR can support brands in bridging the gap between online and offline channels so that shoppers can adopt the channel that best serves them at the moment – and hopefully make them more likely to make a purchase. The stage is clearly set for this (r)evolution – as many as 44% of consumers globally and under 40 years old say they have used AR to assist them in shopping over the past year. 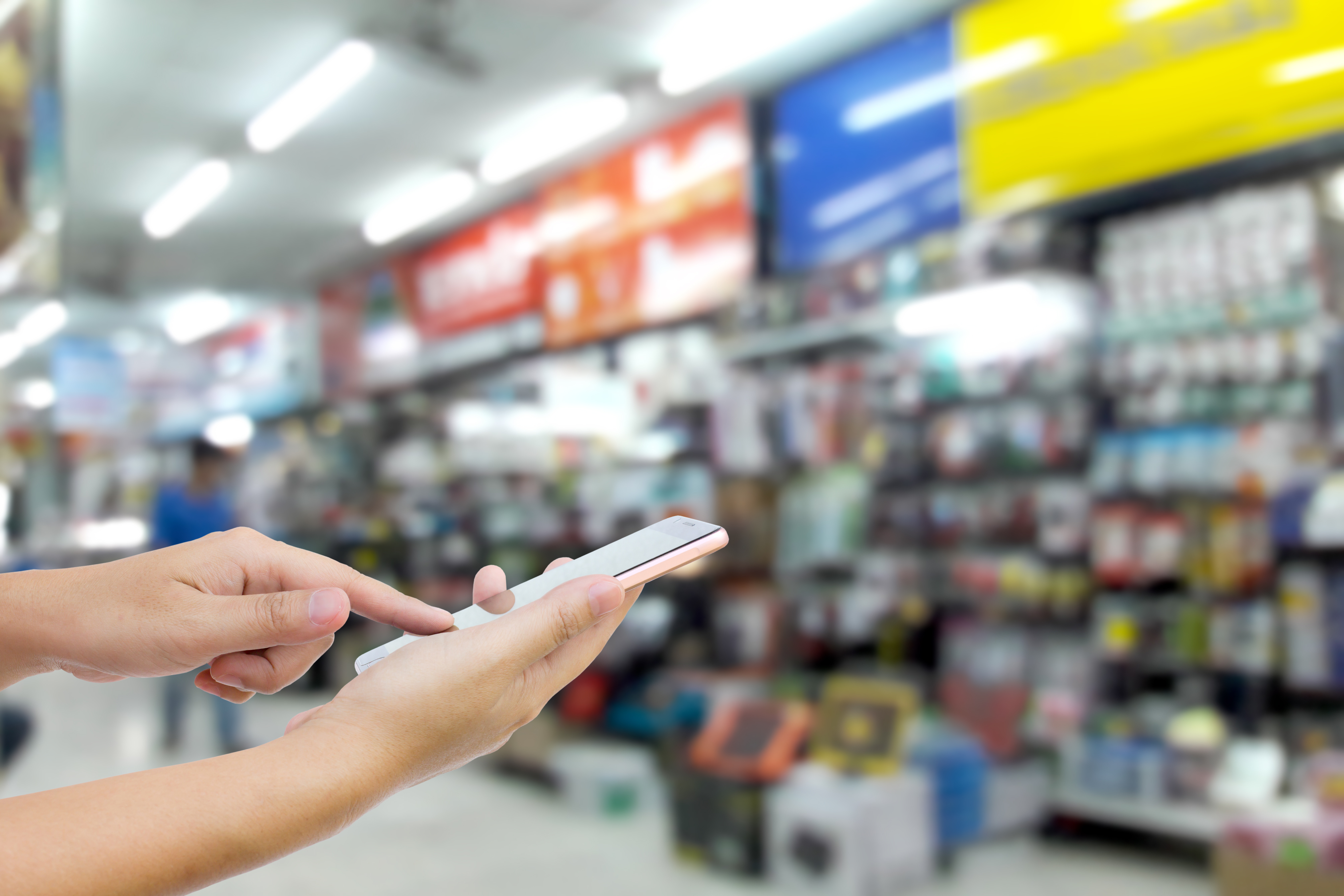 “One of the key trends shaping the retail sector is ‘try before you buy,’” says Nick Fellingham, CEO and Co-founder of software company Condense Reality. Our FutureBuy 2021 report also shows this phygital reality trend as being a key reason why some consumers prefer in-store experiences. But AR offers brands and consumers a phygital reality route by enabling people to virtually try on clothing or view an object, such as a sofa, in your house without having to buy it or head to a store.

Take the Dulux Paint Expert AR app, which shows do-it-yourselfers what different paint colors will look like on their walls. The ASOS ‘See My Fit’ tool allows shoppers to see how products look in different sizes and on different body types, and L’Oreal’s ‘tap and try’ tool lets users virtually test make-up and hair color products.

The phygital reality trend has encouraged some brands to leverage their packaging as an AR-enabled tool to deepen customer interaction. For example, Jack Daniel’s created an AR experience that turned its bottles into pop-up books about the brand’s history and whiskey-making process. Just 30 days after JD launched this phygital reality campaign, over 110,000 stories had been viewed, with an average of 5:42 minutes total session time per user.

Experimenting with new applications of VR

The phygital reality trend is seen quite clearly in VR. In this area, gaming has been the traditional niche. But the pandemic accelerated consumer awareness and penetration of VR more quickly than would have occurred organically and nudged consumers to experiment with new applications as they looked for ways to recreate physical experiences at home through a phygital reality. HoloFit, which transports users to virtual worlds as they exercise, experienced 10-fold growth in its community in 2020. And MelodyVR, which delivers live music experiences from a mobile app or VR headset, says its revenue grew from £195,000 in 2019 to £988,000 last year. 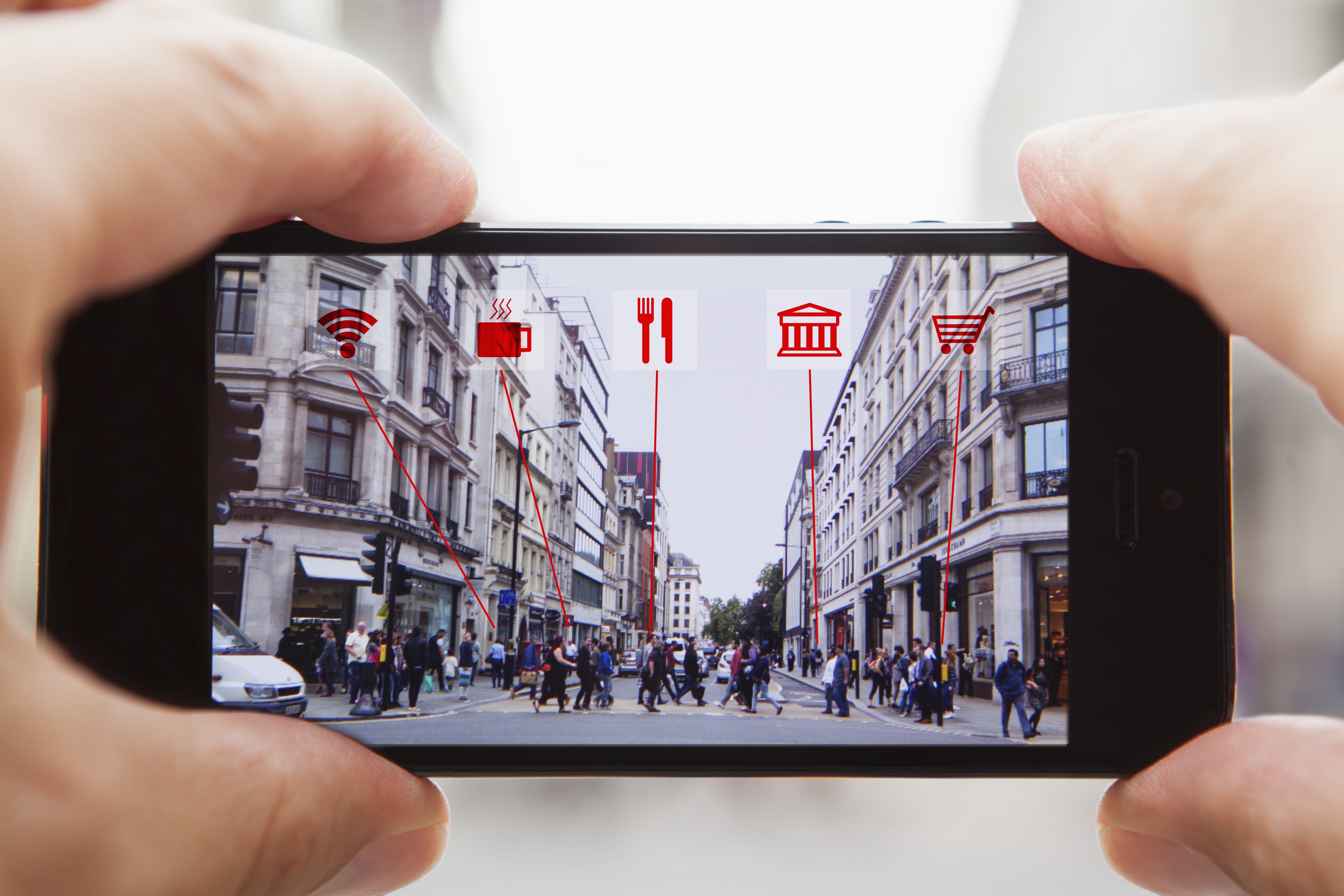 Numerous sectors – from education to sports, health, and events -- are now dipping their toes into VR and following the phygital reality trend. Mondly supports language learning by transporting people to foreign countries to engage in real conversations with real people. The BBC created real-life VR footage of a nighttime raid of Nazi Germany, giving students at least a taste of life during World War Two. Sports brands and travel companies, including The North Face and Thomas Cook, use VR to take consumers on adventures, from mountain hikes to ‘try before you fly’ vacations. And events companies such as Live Nation are partnering with VR providers to deliver virtual concerts.

Getting real about the pitfalls of XR

Following the phygital reality trend isn’t always easy. XR technologies, which broadly refers to all phygital reality technologies including AR and VR, present some thorny challenges for brands – such as data privacy concerns, which become more complex as technologies grow more advanced. For example, in order to identify individuals and create realistic immersive experiences, AR/VR devices will collect sensitive biometric data and track movements (including those of the eyes in some cases). This will heighten the user experience but also creates risk.

Physical comfort is also an issue. If you’re a gamer or a young individual, VR is awesome – so the long-term target is Gen Z and Gen Alpha, consumers 23 years old and younger. But the benefit of VR needs to be tremendous to outweigh the discomfort of asking someone to put something on their face. Though the phygital reality trend is gaining traction, consumers still have a high reluctance to change behavior, and so to get them to try a novel experience, it all depends on how worthwhile the phygital reality experience is or seems to be.

3D televisions are a clear example of just this; the technology didn’t experience strong uptake because consumers simply weren’t keen on wearing glasses – and manufacturers did not deliver compelling benefits. In fact, sales of 3D televisions declined for several years, and the sets have now disappeared completely.

While the price of using AR and VR is falling, the cost is still a challenge for brands entering the space. While it varies widely depending on the project, estimates for an average AR project are between £25,000 to £30,000. VR projects tend to be higher; for example, 360-3D videos can cost about $10,000 (£7274) for each minute filmed - with additional costs for hardware, rendering, and graphics, sensors, software, personnel, installation, training, and support.

Use cases for phygital reality experiences are key

Realizing the benefits of XR is about ensuring that you find a use case that solves a real customer problem.

“If the use case is not obvious and the brand has to come up with innovative ways to implement it, will it be something customers actually find useful?” questions Andy Mulcahy from IMRG. “There is a risk of trying to be too clever sometimes, and technologies just end up gathering virtual dust as no one uses them.” At the same time, easy access is crucial, as consumers don’t want to have to pause their shopping to download an app.

To properly follow the phygital reality trend, it is important to understand who your consumers are today. For many brands, the average customer who holds wealth and consumption power is somewhere between 35 and 55 years old – and perhaps not as keen on XR. If this is the case, before considering AR and VR, ask yourself ‘will I lose a sale?’ without introducing phygital reality experiences. While innovation is important, brands should ensure they understand the ways in which their consumers buy from them and deliver those as efficiently and optimally as possible. 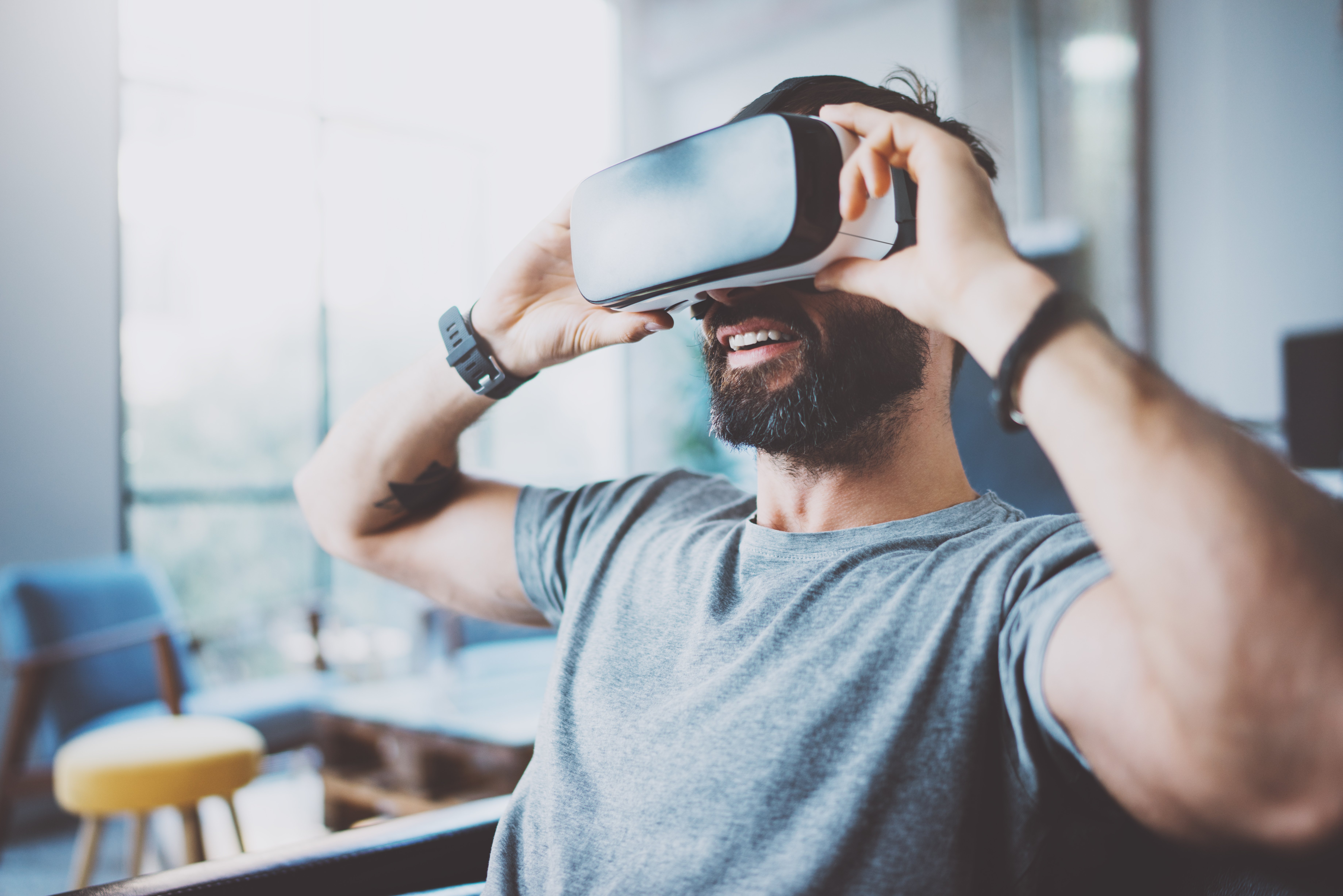 4 ways to start your journey into virtual and augmented reality

For brands beginning their journey into extended reality, Fellingham recommends starting with AR. “There are tools such as Facebook’s Spark AR and Snap’s Len Studio that lower the barrier to creating simple applications that are specific to AR,” he says.

To tap into VR, Fellingham points to existing virtual worlds as a way for brands to engage with younger audiences and particularly Gen Z who spend a ‘huge amount of time’ inside virtual worlds like Fortnite and Roblox.

“These worlds are extremely compelling and recently have even begun to host virtual events like concerts,” he says. Brands such as Wendy’s have already started using these platforms in phygital reality marketing, creating avatars that take part in storylines. For example, when Fortnite introduced a new game ‘Food Fight,’ pitting Team Burger against Team Pizza, Wendy’s entered the fight on Team Pizza, showcasing its brand values of ‘fresh, never frozen beef,’ by eliminating all burger freezers from the game. Mentions of Wendy’s surged 119% across social platforms.

Keep a close watch on what competitors are doing. We are still in the infancy of a lot of these trials, executions, and experimentations – so watch very closely what the competition is doing and learn from them.”

Consider licensing technology rather than building in-house. The time to do this would be when a solution you’re looking for has achieved ‘some level of scale’ and consumer adoption.

For brands, augmented and virtual reality offer novel ways to create personalized, more emotive interactions with consumers by bringing products, services, and values to life. And given that 80% of people are more likely to make a purchase when brands offer personalized experiences, immersive phygital reality technology provides a new way to stand out and drive deeper, more impactful relationships with customers.

Let’s not get hung up on what AR and VR are as a device, but what they represent – intimacy, a new experience, levels of convenience, and a new way of interacting with technology.

GfK data can help you plan your next strategic move

Augmented reality enhances a real-world environment, adding to what you can already see. It’s often accessible from a smartphone such as through an app.

Virtual reality replaces the outside world with a virtual one. It’s a computer-generated environment that a person can explore in 360 degrees. It typically requires the user to wear a headset.

What is the difference between AR and VR?

AR enhances a real-world setting and is often accessed from a smartphone. Whereas VR immerses the user in a completely different environment and requires you to wear a headset.

What are good examples of virtual reality?

TOMS shoes created a VR experience that took people on a trip to Colombia to see firsthand how their purchase helps children in need. Wearing a headset, users could immerse themselves in a Peruvian village, moving around to explore.

What are good examples of augmented reality?

IKEA uses AR to enable customers to virtually place items in their living room, to see how they might look in their own space.

Augmented reality: Is this the real life?

Making the smart home a reality