20 months on from the launch of the much-heralded 7-day Current Account Switching Service (CASS) are we, in the UK, as a nation voting with our feet and switching our famously enduring banking relationships in droves? Not so much, it seems.

Switching has increased, from 2.8% in September 2013, when CASS was launched to 3.3% in March 2015. But looked at over the long-term this level of increase could have been predicted by extending the existing trend line – in this respect CASS seems to have added little impetus. 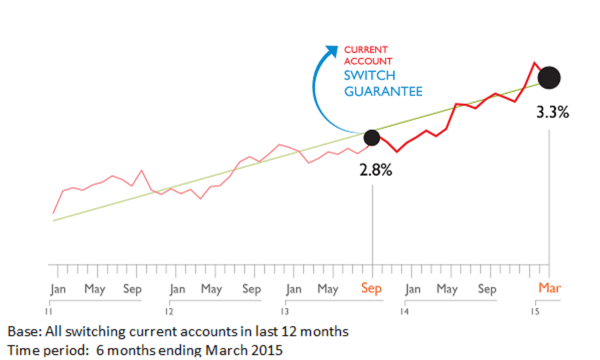 The rationale for CASS is that consumers are put off from switching by the fear that something will go wrong during the process and a payment will be missed. This sentiment is driven by the role of the current account as the busy service hub of our financial lives with payments in and out on a regular basis. In the minds of consumers, sorting out a missed payment will at the least involve hassle and at worst could result in more serious consequences. At a time when more than ever consumers want a simple, hassle-free frictionless existence it is unsurprising that the fear of something going wrong should be such a strong barrier.

Perhaps we’re just not that into switching?

But is fear of something going wrong really the primary barrier to switching? When we surveyed customers about the potential impact of CASS prior to launch, four out of five said it would make no difference.

I would argue the reason CASS has not had much impact is that it doesn’t address the two fundamental barriers to switching: high levels of satisfaction with current account banking and lack of a clear benefit from switching.

The inconvenient truth is that, despite the very public bashing that banks have had from politicians, the media and regulators, the vast majority of us remain broadly satisfied with our current account bank (92%) with active dissatisfaction extremely rare (3%).

And the perception among many customers is that ‘all banks are the same’ with very little differentiation between the main current account providers in terms of value. Providing you maintain a positive balance your bank account costs you nothing and beyond its core service facility it pays you nothing in return.

Put these two together – my bank is good enough and switching is a zero-benefit game - and it is unsurprising to discover that there is little evidence that many people actually want to switch – on average just 4.1% over the last 10 years.

The traditional narrative around the low level of switching has therefore been that it is driven by dissatisfied customers finally being pushed away from their incumbent banks by one service failing too many or by charging (typically for overdraft usage) which feels excessive. Consumers are then pulled towards a consideration set driven by core banking credentials (stable, trustworthy), short-term financial incentives (cash signing-on fees) and lower charges.

To this narrative ease of access has been added, through the rise and rise of direct digital banking and with it the expectation of instant anywhere 24/7 account access. But no sooner has digital banking grown than it has become a hygiene factor rather than a true differentiator – a reason to stay providing access is good enough rather than to switch for something which will probably be more or less the same.

Or are we reaching a tipping point?

But look below the surface and there are signs that the narrative is changing and potentially quickly. With many banks now placing renewed emphasis on customer satisfaction, simplifying overdraft charging structures and abandoning sales-driven targets, dissatisfaction is on the wane as a ‘push factor’.

Last July, GfK’s client event For Love or Money, looked at the growing importance of rewards and loyalty to financial services.  We tracked the rise of cashback, of in-credit interest and financial rewards as a reason for choice of card or current account brand. We defined the key success factors for a reward scheme as: 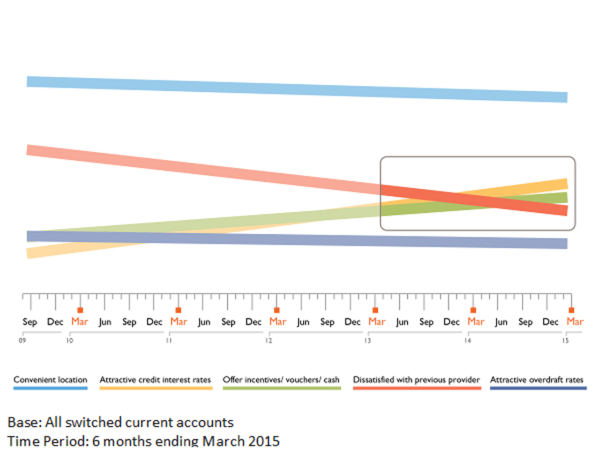 If anything, this trend towards value has increased since, with credit interest and cash rewards/incentives overtaking dissatisfaction with previous bank for the first time as reasons for switching current account provider.

How FMCG brands can capitalize on soaring eco-consumer spending power