Spice is nice: snacking in india

With its soft-blue label and taupe package, the Relax 100% natural health bar looks like the type of good-for-you product you’d expect in an upscale food chain like the U.S.A.’s Whole Foods. But its provenance is India. And that says a lot about where the snack-food market – and, in a larger sense, the consumer economy – is going in the world’s second most populous country.

Part of a product line emphasizing organic, natural solutions, Relax trades off India’s ayurvedic tradition. Its key ingredient is Tulsi, an herb long associated with increasing calm and promoting sleep. Other bars in the line promote Energy, with the herb Ashwagandha, and Detox, with Triphala. 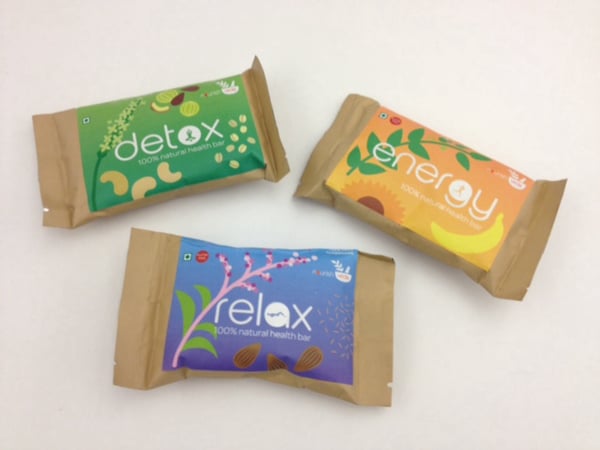 At 55 rupees per bar, or a little less than $1 US – the price I got at a mom-and-pop grocery in Rishikesh on a recent trip to India – the Relax bar is not for everyone. The median income in India is only $616 per year. But that’s what makes it fascinating. Its appearance is an indicator that the snack market in India is not only growing, it’s growing more complex.

New Flavors for a New Market

For developed-market snacks-lovers who have grown blasé with the choices back home, the bustling, competitive Indian snack scene has been an eye-opener in recent years. Market leader PepsiCo has launched a raft of new products. Indian snack lovers can now choose from local flavors like Lay’s “Magic Masala” (a curry-like chip); Kurkure, a brand of corn puffs developed by PepsiCo India with spicy flavors like Masala Munch, Chilli Chatka, and Green Chutney; and value-priced traditional “namkeen” Indian snacks, marketed under PepsiCo’s Lehar brand, like Navritan Mix (a spicy savory mix of cereal flakes, dried peas, peanuts, and other ingredients) and Moong Dal (crispy, salted Moong beans). 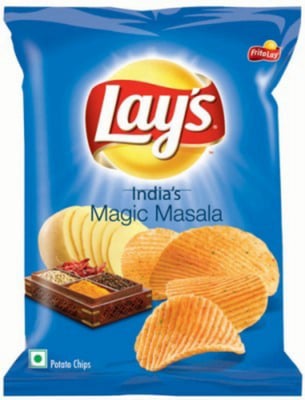 The new flavors have won over critics including travelers to India, who – if my travel peers’ experience is any indication – come home with a pack or three – as well as foodies who stumble upon them in developed-world ethnic groceries. “Amazing!” swooned one US food writer after trying Lay’s Magic Masala chips. “A perfect fusion food” that ends with a nice “note of cumin” and “pleasing burn on the lips.”

Keeping ahead of the competition is increasingly important. Between traditional Indian snacks makers like Haldiram’s and Bikano, and more recent salty-snack entrants like cookie-maker Parle, a feisty battle is underway. The result is evident even on product packages. “Lighter,” “crispier,” “tastier,” with “10% extra” product, calls out a current package for Haldiram’s chatpata masala flavored Taka-Tak puffed-corn snack.

Growing health consciousness, meanwhile, is giving rise to development of the upscale segment. Nourish Organics, the company behind the Relax bar, seems to be one such player. An entrepreneurial firm marketing breakfast cereals, nuts, seeds, and cookies, as well as health bars, it is positioning itself (per its website) for upwardly mobile Indian consumers who are “more conscious about their health than ever before” but because of their on-the-go lifestyle, don’t have the time to prepare home-cooked, nutritious foods. Its motto: “healthy eating for urban living.”

Time will tell which of these strategies will ultimately succeed. Research from Roper Reports Worldwide – our annual survey of consumers in about two-dozen countries including India – suggests the ingredients for snack growth are in place. Large and/or growing numbers of Indians say they eat food on-the-go; are looking for products that help them live a healthy lifestyle; are attracted to convenience and indulgence; and put a high priority on brands.

Factor in the growth prospects for India’s consumer class and – barring unforeseen economic events, of course – the future looks promising. While India’s middle class has lagged China – only about 5% of India’s population qualifies as middle class, compared to 12% in China – many forecasters expect that proportion to grow in the years to come.

McKinsey has predicted that the middle class – which the consulting firm defines as government officials, college graduates, traders, business people, professionals, and prosperous farmers – will exceed 580 million by 2025, about 10x the level of 2007. As more consumers “choose what they consume,” rather than be “driven by the necessities of life,” the OECD expects new choices “reflecting the taste of the new Indian middle class” will prevail.

For all the change that will bring, Roper Reports Worldwide’s research points to that growing middle class remaining distinctly Indian.While India has a strong striver values profile – 2 in 3 of its consumers classify as Achievers, more than double the global average – it also has a decided traditionalist bent. India’s top two values are Duty and Respecting Ancestors (which rate only 10th and 29th of 50-plus values globally).

This means whatever the choices of a new generation in India, their hearts will stay close to the older generation. Case in point is PepsiCo’s recent 7-minute ad film for Diwali, the festival of lights. A paean to the close relationship between a striving, urban daughter and her parents, it’s generated more than 1 million views – testimony that the bond to family remains, even as India changes.

For more on Roper Reports Worldwide – including how your company can hire us to help you understand your consumers in India and other markets – please contact us at rrteam@gfk.com.

How to keep shoppers in FMCG loyalty card programs in Europe