The amount of spending potential for retail expenditures differs widely among European consumers. Manufacturers and retailers who plan new locations need to be aware of these differences to make realistic turnover and growth plans for their branches in various countries.

Examining not only the differences across Europe, but also within individual countries, GfK brings this down to very detailed regional levels such as postcodes or municipalities. We have just completed a new study on purchasing power for various retail lines in ten European countries. It reveals hidden treasures of consumer potential for retail lines such as food items, beverages, clothing, as well as health care and hygiene, among others.

Retailers and manufacturers can optimize their category management using this information on retail-line purchasing power.

Let’s take a look at food items, so you can see where the beef is!

One would expect consumers to spend about the same on daily consumption and food. Our analysis for food retail lines shows that this is not the case:

The opposite is true for provinces such as Toledo, Las Palma and Granada: The inhabitants of those regions have around 10 percent less than the national average. Such a wide spread is quite unusual when it comes to FMCG and daily needs such as food items. The spread ranges from €1,500 to €2,000 per capita between the least and the most food-loving provinces.

These figures attest to the fact that consumption preferences differ from one region to another, and spending potential for particular retail lines does not correspond to the regional general purchasing power levels. (N.B.: Our study looks only at retail-relevant potential, not at gastronomy-specific potential). 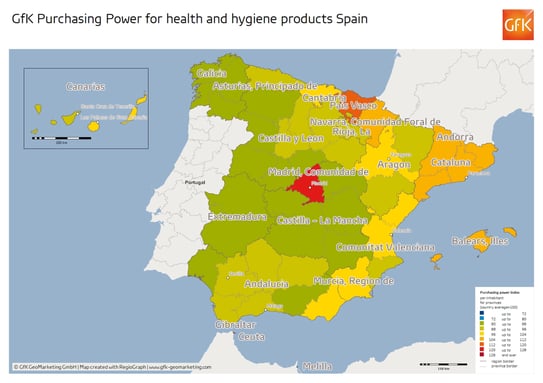 Interestingly, the capital region of Madrid represents almost exactly the average for per-capita purchasing power for food items. But it almost leads the pack when it comes to health and hygiene products – i.e., common drugstore retail lines. Compared to the national average, the citizens of Madrid have almost 24 percent more buying potential for these products than their fellow citizens. This is topped only by the citizens of Ceuta, one of the two Spanish exclaves on the African continent, who have almost 28 percent above the Spanish average.

As a native Finn, myself, currently living in Sweden, I scanned our new study for insights on a stereotype about the Nordics: an alleged fondness for alcoholic beverages.

Finns spend around 10.8 percent of their food-specific purchasing power on alcoholic beverages. In Sweden, the figure is just 9.3 percent. 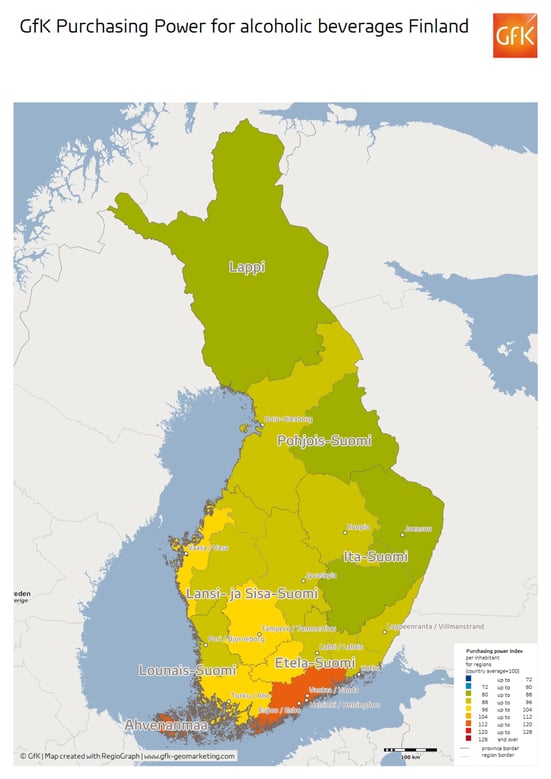 It’s commonly assumed that people consume more alcohol in the darker, northern regions in winter. However, our study reveals that this is not quite true – the hotspots are in and around the capitals, which are located in the southern regions of both countries!

Since I commute between Sweden and Germany for work (but that’s another story), I also wanted to know the figures for Germany. And I’ve discovered something that gives me eternal ammunition for teasing my German colleagues: In our study for Germany, the purchasing power for alcoholic beverages is actually split into 5 sub-categories: beer, wine, sparkling wine / champagne, spirits / liquor and other alcoholic beverages. 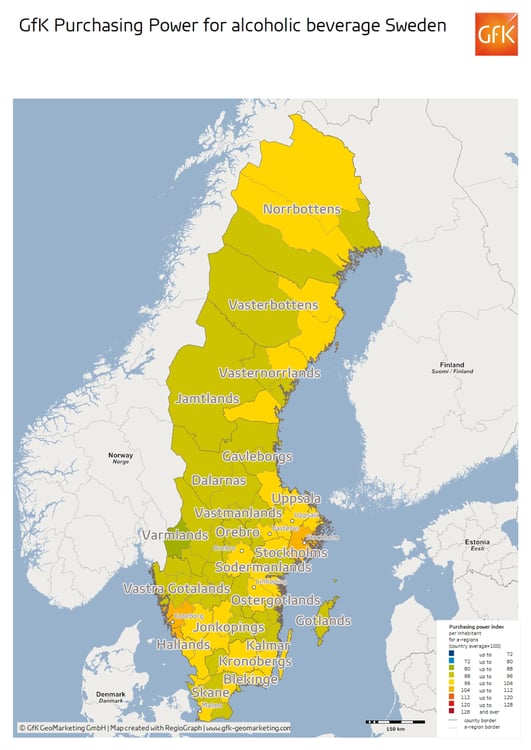 When you combine all these, the Germans have €251 per capita for alcoholic beverages. This equates to a share of 10.9 percent of all food items, which even beats the Finns!

P.S.: You can get an overview for yourself by browsing our collection of purchasing power maps for Austria, Switzerland, Finland, Sweden, Denmark, Romania, Slovakia, Slovenia, Spain and the Czech Republic, here.

Why consumer behavior change is the catalyst to reframe marketing strategy