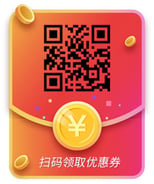 The look of mobile devices has changed considerably over the past couple of years, or more precisely since Jan 9th 2007 when the iPhone was first unveiled. Since then there has been a gradual movement toward the ubiquitous large touch screen, rounded corners and thin form. To illustrate this, handsets from Samsung, Nokia and Apple are shown to the left – to the untrained eye there is little to differentiate between them.

Compare this to a few years ago when there was a proliferation of form factor – from the previously ubiquitous clamshell Motorola Razor to some of the more unusual designs from Nokia (below). Admittedly these are somewhat polarised examples to make a point but nevertheless it is fair to say that we are not seeing the range of design in the basic form factor that was the case a few years ago. Some would consider that this was due to the focus moving to the user interface rather than the form factor of the device and indeed, as we have reported previously, technology eco-systems are increasingly the critical element of the design process. 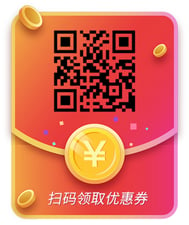 However, we would also argue that form factor design is far from becoming homogenised, rather as the category matures, optimal design is becoming increasingly understood and accepted and it is now the nuances of the design that are becoming more important. These design nuances send out very powerful messages to buyers in the category who are in fact highly sophisticated in reading these design messages. Get the finish wrong and it gives an impression of flimsy, get the shape of an angle slightly too hard and it makes it appear out of date; these and a myriad of other issues relating to colour, material and finish (CMF) are increasingly important to the consumer reaction to technology products. And we are not talking about a small proportion of consumers, those who fail to read these signals are more likely to be the minority rather than the majority.

There are some very good parallels with the automobile industry where similar design movements have been taking place. Of course, we know there was a time when cars looked wildly different to each other but there has been a much closer integration of core design principles creating a much more uniform look on our roads. Just looking at some of the cars from my childhood there were some broadly consistent design principles but there were some pretty wild differences too.

However, again, the buyers who are engaged in the category will have an acute sensitivity to the different design nuances. A recent amusing example of this was when my brother showed our mother a picture of his new car, which is a Ford Focus ST; my mother exclaimed that it looked just like her car, a Vauxhall Astra. And sure enough, to the untrained eye, side by side they do look fairly similar.

However, my brother was incensed by the comparison pointing the range of stylistic differences from the styling of the wheel arches, the way in which the headlights were shaped, the styling of the front and so on. And this is backed up by reviews of the car which reference the sporty and irreverent design as typified in this review from a popular TV programme

So ‘nuanced design’ clearly is a wider trend not just affecting the tech market; this shift has challenged us as design researchers to review how we are meeting the challenge. A couple of areas are currently proving to be effective; first as part of our design research we use consumers who are particularly sensitised to issues relating to Colour, Materials and Finish (CMF) in the category. These are effectively ‘expert consumers’ who are able to articulate the message that particular elements of this design portfolio broadcast about a product; this provides a richness around the issues that significantly complements the reviews by more ‘mainstream’ consumers.

We have also started using very high fidelity graphics as part of our prototype evaluation work. Here we show ‘hyper-realistic’ images of the prototype on screen, usually alongside a physical prototype in the room. Consumers can then discuss the aspects of the prototype that they want to adjust, which is then applied in real time to the high fidelity graphics. This compares with previous approaches where consumers cannot see the effect of their suggested changes on the prototype – it offers a much richer and more dynamic environment in which to develop tech products that are properly the result of user centred design techniques.

We argue that the design challenge in technology is just as tough as it has ever been in spite of broader form factors becoming more closely aligned; the perils of not recognising this are to miss the subtle yet critical design messages which spell the difference between success and failure.