Mobile video driving increase in online use in Mexico

So what are some of the key drivers causing this jump? One is an overall increase in smartphone use and another is an increase in accessing Media on Demand (MoD) content – especially via smartphone. We define MoD here as audio/video websites and apps where you can play, pause and stop content.

Indeed using smartphones across all categories has risen overall by 23% After MoD sites and apps the big winners are Social Networking (18%) and Communication (28%). 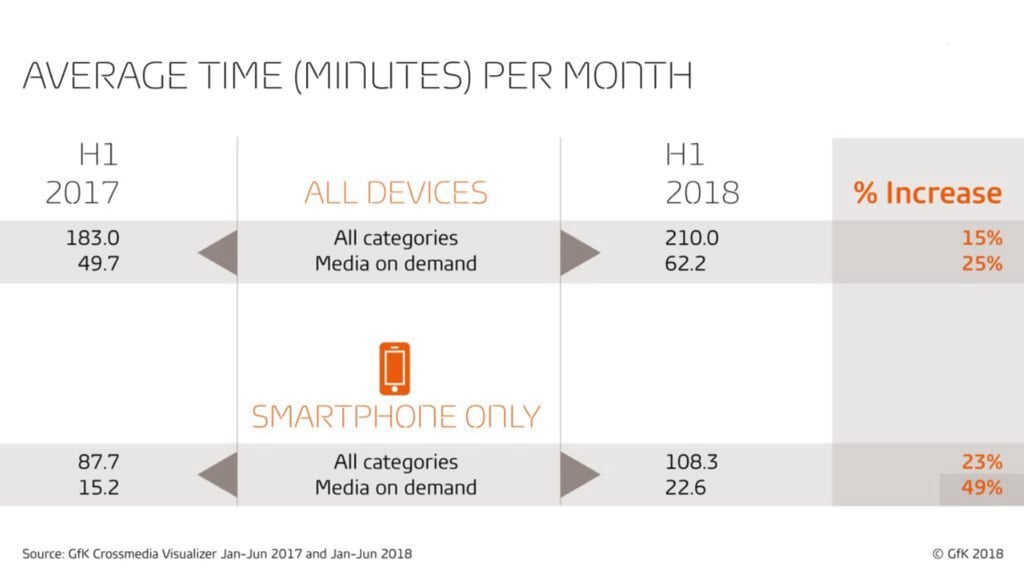 What is driving the rise in smartphone use?

What’s also apparent when comparing H1 2017 vs H1 2018 is that the frequency of visiting these sites and apps on smartphones has increased quite a bit in the past year – definitely more than on other devices. The reach of those accessing MoD on their smartphones 20+ days per month is up from 25.4 to 39.8. Meaning that nearly 40% of all Mexicans who use a smartphone are now spending more than 20 days per month using these devices for MoD.

It seems that much of this growth in smartphone MoD has been driven by increases in viewing content on YouTube and Netflix. When looking at total average duration of viewing per user across the 6 month period for H1 2017 and H1 2018, YouTube is up almost 18 hours and Netflix up over 3 hours.

In tandem, mobile speeds in Mexico are improving and so is availability. Although AT&T is a relative newcomer to the market it is closing the gap on market leader Telcel and both operators offer good 4G speeds which can only help mobile streaming.

This growth presents a huge opportunity both for targeting consumers via mobile ads, and for expanding the content available. For example large Hollywood players are beginning to put some serious money behind developing premium video content for mobile. Recently ‘NewTV’ launched as a mobile video start-up  receiving $1bn of funding including from bank and studios such as Disney, 21st Century Fox, Lionsgate, MGM, Warner Bros, NBCUniversal and Viacom plus tech backing from Alibaba. 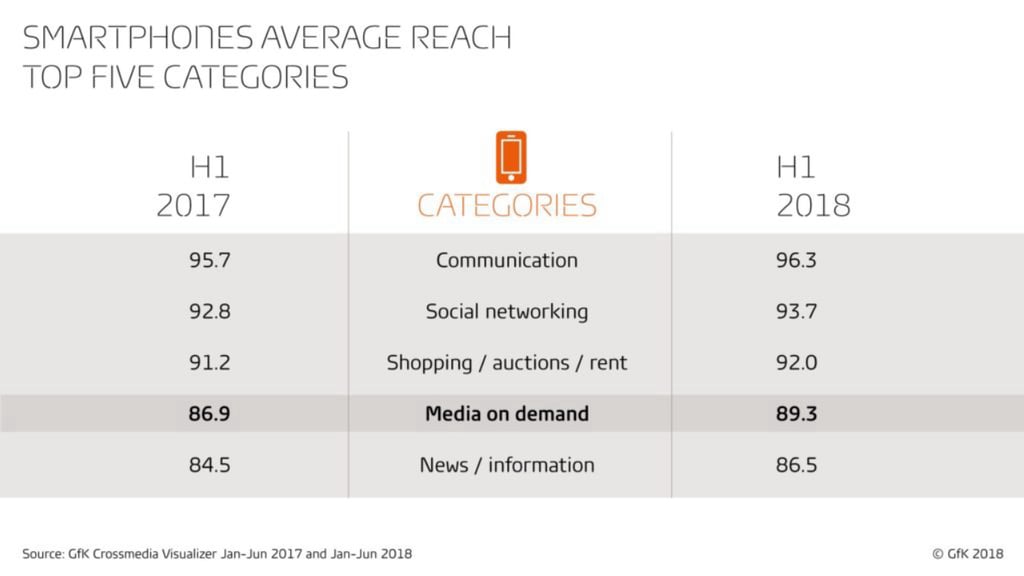