As we slowly close the door on 2017, two things are quite clear in the marketplace:

The proliferation of binge watching (361,000 watched the entire Stranger Things 2 on the first day, 15.8 million watched the first episode within the first three days of release), the record $5 billion spent on Black Friday and the biggest Cyber Monday ever, and even the staggering and near inexplicable growth of cryptocurrencies (Coinbase, a Bitcoin exchange, now has more users than Charles Schwab) all point to a cultural normalization of tech-led lifestyles in the US.

Recent research from GfK Consumer Life shows that almost half of Americans see the technology they own as a form of self-expression, and nearly 70% of students claim to be technologically savvy or smart. It is now abundantly clear that the audience for the next big thing is increasingly the mainstream American.

2017 introduced us to the smart home en masse, while artificial reality arguably gained traction over virtual reality. The connected car gained traction, and voice-assistance struck a chord. Looking forward, expect the Internet of Things to become a firmer reality in 2018. CES 2018 will undoubtedly showcase a proliferation of smart home devices, new, and cleverer ways to consume media and entertainment on the go, and even more complex algorithms to power AI towards increasingly intimate and personalized interfaces.

2018 will also be the year of voice-activation as Siri, Alexa, Cortana, and others position themselves for popularity, and access to your wallets. As with all innovation, some will live long and endure, some will be transitional stepping stones to something better, while still others will struggle or crash and burn.

How innovation can thrive

Our research at GfK Consumer Life shows that US consumers are keener on innovation being easy to use (38%), and really solving a problem they have (32%) than necessarily being leading-edge (20%). 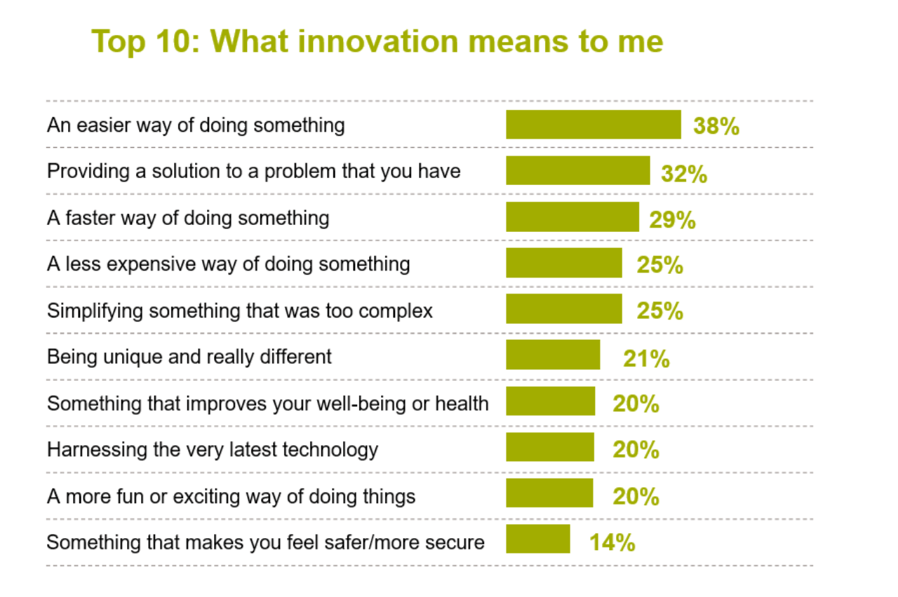 So, as you innovate for the new year, or perhaps evaluate the riches at CES as I will, look beyond the marketing and take a consumer-first approach to evaluating the fit of new innovations with your technology strategies. Ask yourself:

If you can readily answer both, it’s a good bet that you’ll know which things will become a reality.

Eric Wagatha is a Senior Vice President of the Consumer Life division of GfK. He can be reached at eric.wagatha@gfk.com or on Twitter at @ewagatha.

Always within reach: being connected is the new norm

Evaluating the impact of print advertising