What are the implications of ending handset subsidies?

Attending Mobile World Congress last week, I was invited to join a panel discussion on the potential impact of the end of handset subsidies on the industry and consumers. Typically, handset subsidies are where a mobile operator provides a handset for a contract over a two year period to consumers. Joining the panel discussion were representatives from Telefonica, CoolPad, HYLA Mobile and Canalys – which reflects the broad nature of the debate and the level of interest in understanding how the market might develop in this area.

A move away from subsidising handsets in the U.S.

Much of the discussion on this topic has been driven by the fact that in the last year or so, many of the U.S. carriers have moved away from subsidising handsets, instead offering more transparent pricing around services and device payments. Much of this was led initially by the T-Mobile’s Jump! offer, but has been rapidly followed by AT&T, Verizon and Sprint all offering greater flexibility and transparent pricing on the devices for consumers. A major part of concerns among operators globally is that this might lead to a steep depression of sales, but the experience so far in the U.S. has shown that smartphone sales (in terms of volumes) have remained relatively stable in this mature market – and consumers are getting a fairer deal thanks to greater transparency. 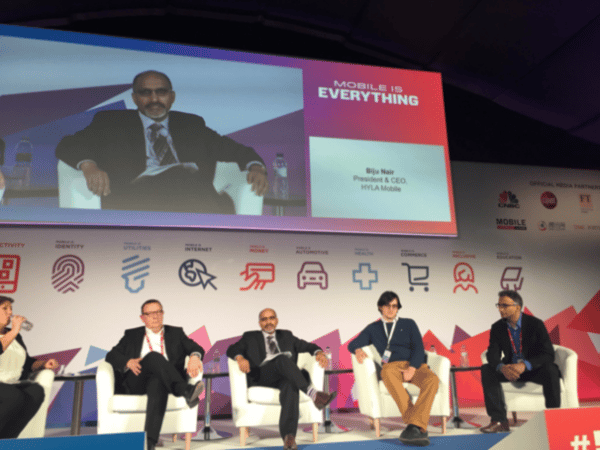 As originally seen on @HylaMobile

The potential move away from subsidies also has major implications for operator finances as the need to carry over revenues on the residual values of handsets has long been an issue that their Chief Financial Officers would rather not have to manage. This new approach opens up the possibility for more flexible business models for handset financing which we are already seeing in the market. Last September, Apple offered its iPhone Upgrade Program while Samsung is strongly rumoured to offer a similar plan for its S7 handset model this year.

Greater transparency and flexibility for handsets is long overdue

Ultimately, greater transparency and flexibility for handsets is long overdue. Many consumers have already looked to decouple the handset from their service contracts – sales of SIM only contracts have been growing accompanied by many consumers now looking to buy handsets SIM free, direct from retailers. In the U.K., operator offers such as O2 Refresh have led to more transparent contracts and we see that 40% of new contracts are SIM only (GfK UK Market Dynamics Study, Q4 2015).

This desire for greater transparency and flexibility is underpinned by the fact that consumers are increasingly reluctant to tie themselves into the traditional two year contract with handset. For some, the need to have the latest and greatest phone every year is critical and they will want the ability to be able to upgrade when they want; for others they are happy with their handset or don’t feel the need to get a new phone when the contract is up.

Wider options will lead to innovation and improved customer experience

At the end of the day, offering consumers more openness on what they are paying and how they can replace/upgrade their handsets will benefit both them and the broader industry. Greater flexibility and more options on how they can purchase their next device will drive more innovation on the supply side and lead to an improved customer experience as they can choose the best option for them.

Do we need to fear the end of handset subsidy? I think we, as an industry, should see it more as an opportunity rather than a concern. It should be seen as the beginning of greater choices for connected consumers and more stability for device financing.

Please email me at Ranjiv.Dale@gfk.com to share your thoughts.

Read more about the latest developments from Mobile World Congress 2016 from our experts.