The world’s largest mobile trade show has come and gone. As usual, we’ve seen the launch of new handsets, but increasingly the excitement comes from beyond the omnipresent smartphone. Here, some of our experts share their impressions and insights of the latest technologies they spotted while attending Mobile World Congress (MWC) 2016.

The headline technology at this year’s MWC was undoubtedly virtual reality (VR). With Samsung, Intel, SK Telecom and the GSMA among the exhibitors giving visitors the opportunity to experience full immersion in a virtual world (from roller coaster rides to death-defying ski jumps), it’s clear that the message for brands is to start thinking about its applications beyond just the gaming industry…now! Undeniably, excitement will peak again when Oculus VR launches its heftily-priced Rift headset this year. And with all this momentum, the likes of Samsung are hoping their approach – the offer of free Samsung Gear VR with the purchase of a Galaxy phone – will reach a broader consumer base.

On the flip side, what was lacking considerably in comparison to MWC 2015 was smartwatches. Last year, these devices stole the show, but in 2016 the big device manufacturers had very clearly moved back to a focus on smartphones – incremental innovations to these ubiquitous devices were the call of the day. Nevertheless, we still recognise that sales of wearables will continue to rise as their benefits are better communicated and the devices become sleeker.

Ranjiv Dale: “Enabling IoT and next generation connectivity will rely on delivering 5G”

One of the big themes at MWC this year (which we also saw earlier this year at the Consumer Electronics Show) was how the Internet of Things (IoT) is being developed to permeate every aspect of our lives from wearables and mobile payments to connected homes, retail and transport. This expansion is being supported with a huge increase in the number of connected devices and sensors globally, and operators and technology providers are focusing on how they can enable this anticipated explosion in connectivity through 5G networks.

There were major announcements from Intel, Qualcomm, Huawei, Cisco and Ericsson showing how they are going to be working closely with operators to build these next generation networks. In addition, there were a slew of announcements on trialling 5G from a host of operators globally that show we are already on the path to enabling commercial rollout by 2020.

It looks like the next couple of years will see exciting developments emerge that will really be step change in connectivity and will power the increasingly connected world of tomorrow.

Michael Grogan: “Closely linked with the development and increasing prevalence of mobile payments was security”

While it remains a big theme for many at MWC, there doesn’t appear to have been huge advances in mobile payments since the 2015 edition.  Two of the key players in the space, Visa and MasterCard, were both present with large stands.

MasterCard was demonstrating its latest SKU, which could be added on to retailer apps so their customers can pay via mobile. Meanwhile, Visa interestingly had teamed up with Honda to showcase the concept of replacing your credit card with your connected car as a mobile payment platform.  The app on the car’s dashboard would alert the driver when their petrol is low, navigate them to the nearest petrol station, calculate the cost for filling up and allow them to pay for the petrol via their dashboard.  It would also allow drivers to pay for parking via their dashboard, so no more fumbling around for change.

Closely linked with the development and increasing prevalence of mobile payments is security and it seems that a fixed standard has yet to be agreed upon.  Biometrics of course leads the way, whether via fingerprint, blood vessel or retina scanning.  MasterCard showcased its latest offering – Selfie Pay – where customers take a selfie of themselves to validate their payment.  The technology is still developing but MasterCard believes its algorithm is sophisticated enough to spot the fakes.

Of course, with Apple’s non-presence at MWC, a huge element of the mobile payment space was not visible at the conference, and it still feels at the moment that they will lead the way in encouraging the mass adoption of mobile payments – at least in markets such as the U.S. and U.K.

Did you attend MWC 2016? Share with us your thoughts about the latest innovations on display – you can email me at claire.melly@gfk.com. 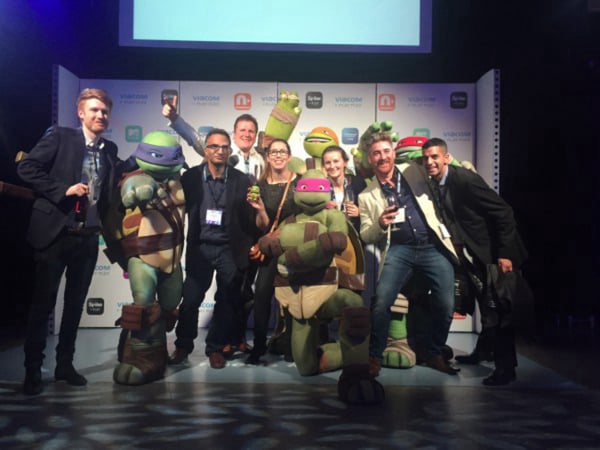 The Internet of Things: GfK commentary from CES 2016