Indonesia is a large and vibrant growth market, offering significant opportunities for consumer brands as well as for technology and media companies. With 250 million inhabitants, it is the fourth most populated country in the world, with millions of people rising into the middle class each year. Its GDP is in excess of US$900 billion and it is, with over 1,000 islands, a melting pot of cultures, languages and attitudes. What’s more, with internet access being almost entirely smartphone-based, Indonesia provides an exciting opportunity to gather insight on the future of media behavior.

That’s why, last year, GfK established its first Crossmedia Link Panel in the region. Already in existence in a number of other countries including Germany, The Netherlands and Brazil, GfK Crossmedia Link uses sophisticated metering software that is installed on panelists’ internet-enabled devices to passively track and measure their digital behavior. Using this approach, we can measure digital behavior that is very hard to accurately ascertain using conventional surveys. Our panels provide better data on actual unique users across different devices and time spent with specific apps that enables us to compare user behavior by country (where we have a Crossmedia Link Panel). 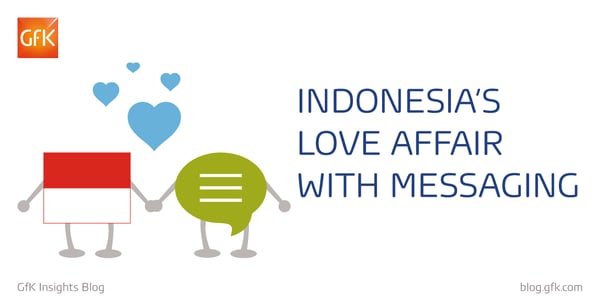 What did we find out in Indonesia?

The top 15 apps in Indonesia 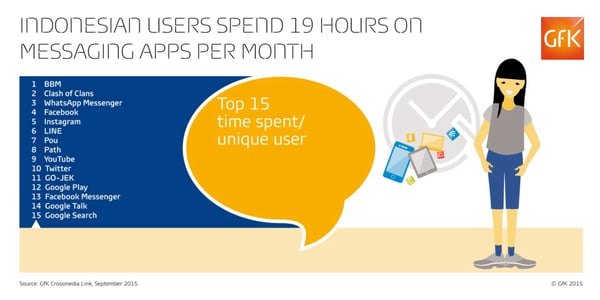 We are just at the start of our work in Indonesia. We are already unearthing interesting insights into media usage behavior in the region and how this compares with that of other countries where we have a Crossmedia Link Panel. For example, read “Think With Google” insights on our deep dive into the purchase journey of today’s mobile-first consumer. Our data is most powerful when used in combination with other data sets, such as mobile app visits or programmatic data in DMPs.

We are also already working with partners such as Google and reaching out to others, including advertisers, media groups and agencies, to build a powerful data ecosystem in Indonesia that enables better consumer insights, personalized services and smarter advertising.