A close look at the retail situation in Europe

Europe's economy has again gained momentum. Increased domestic demand as well as improved external competitiveness, particularly in several of the economically weakened countries, can contribute to more balanced, sustainable growth to the benefit of retail. While this overarching assessment is positive, the situation varies starkly at the regional level.

We have just completed a comprehensive analysis of the European retail scene in 32 European countries. The study examines purchasing power, the retail share of the population's total expenditures, inflation, sales area productivity, changes in retail due to eCommerce, as well as a turnover prognosis for 2015. Here are some results: 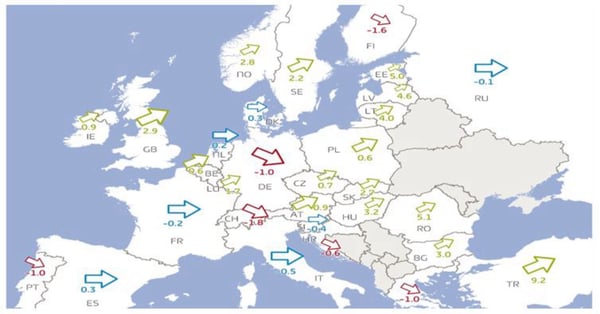 The study can be downloaded for free as a PDF at www.gfk.com/european-retail.

Dr. Gerold Doplbauer is GfK retail expert and lead this study. He is also the team leader of the Real Estate Advice department within GfK’s geomarketing division.

The Awakening of Animal Anthropomorphism

The data agenda: can Big Data and privacy co-exist?