UK Consumer Confidence drops one point in February to -10

GfK’s long-running Consumer Confidence Index dropped one point in February 2018.  Three of the five measures decreased in February, one stayed at the same level and one increased.

“Ongoing concerns about sluggish household income, rising prices paid by consumers in the shops, and the prospect of inflation-busting council tax and interest rate hikes has dented confidence after last month’s surprising rally. The two-year trend of negative sentiment – the Overall Index Score has bounced between zero and -13 since February 2016 – proves consumers feel pessimistic about the state of household finances and the wider UK economy. Shoppers continue to rein in spending, witnessed by the drop in the Major Purchase Index and the gloomy start to 2018 for many retailers. Despite positive news about upgraded growth forecasts, and the promise of higher wage increases this year, confidence will remain subdued until we feel the positive impact on our purses. Consumers have good reason to feel jittery and depressed.”

UK Consumer Confidence Measures – February 2018
The Overall Index Score in February 2018 is -10. Three of the five measures decreased in February, one stayed at the same level and one increased.

Savings Index
The Savings Index has increased two points to +12 in February; this is 16 points higher than this time last year. 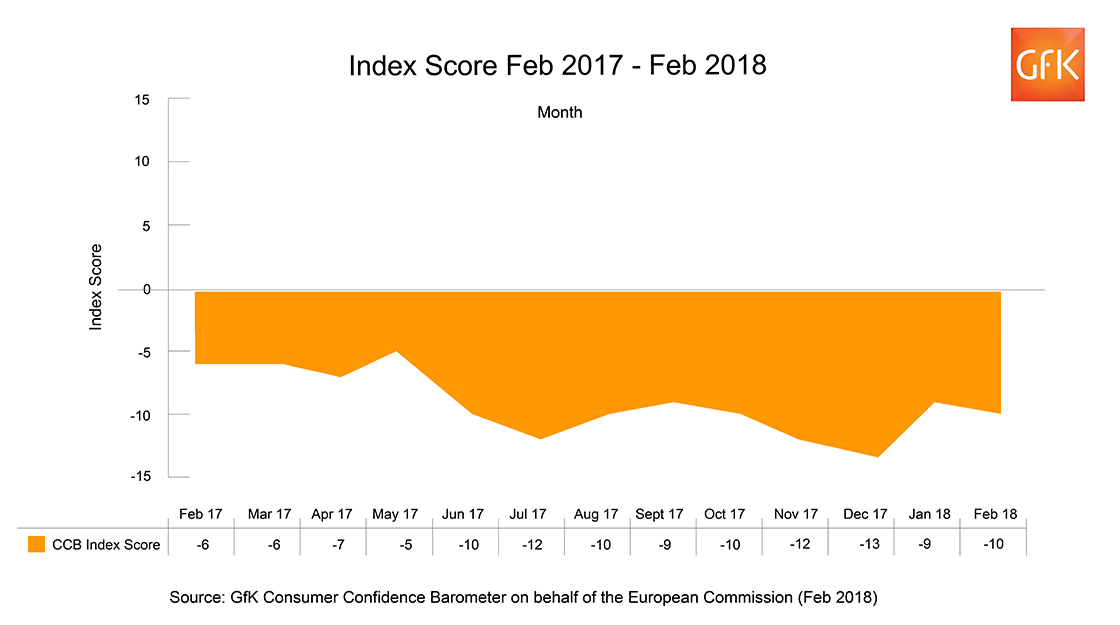