UK Consumer Confidence dropped by one point in July 2018 to -10, despite increases in both measures for people's personal financial situation.

“Despite the World Cup, Wimbledon and warm weather playing front and centre in the nation’s psyche this July, the Barometer again reveals a decline in consumer confidence.

"The Overall Index Score has now registered at zero or negative since February 2016. Concerns about our personal financial situation, and especially the general economic outlook, have contributed to this long slump. There’s more bad news for retailers too in the form of the Major Purchase Index, which has slipped below zero to reach -2 in July.

"In the medium-term, and during the uncertainty in the run-up to the UK leaving the European Union in eight months, it is hard to forecast what kind of good news will change the numbers from negative to positive, or indeed where such good news would originate. There’s a heatwave in much of the UK but consumer confidence remains stubbornly sub-zero. And in this environment, any bad news such as a surprising uptick in inflation with the expectation of a corresponding increase in interest rates, or any adverse political event either at home or abroad, would likely have an exaggerated downward drag on consumer confidence.”

The index measuring changes in personal finances during the last 12 months has increased one point this month to +1; this is three points higher than this time last year.

The forecast for personal finances over the next 12 months has increased one point to +7 this month; this is five points higher than July 2017.

The measure for the General Economic Situation of the country during the last 12 months has remained unchanged this month at -28; this is three points higher than July 2017.

Expectations for the General Economic Situation over the next 12 months have decreased one point to -26; this is two points higher than July 2017.

The Major Purchase Index has decreased two points this month to -2; this is one point lower than July 2017.

The Savings Index has increased one point to +9 in July; this is four points higher than this time last year. 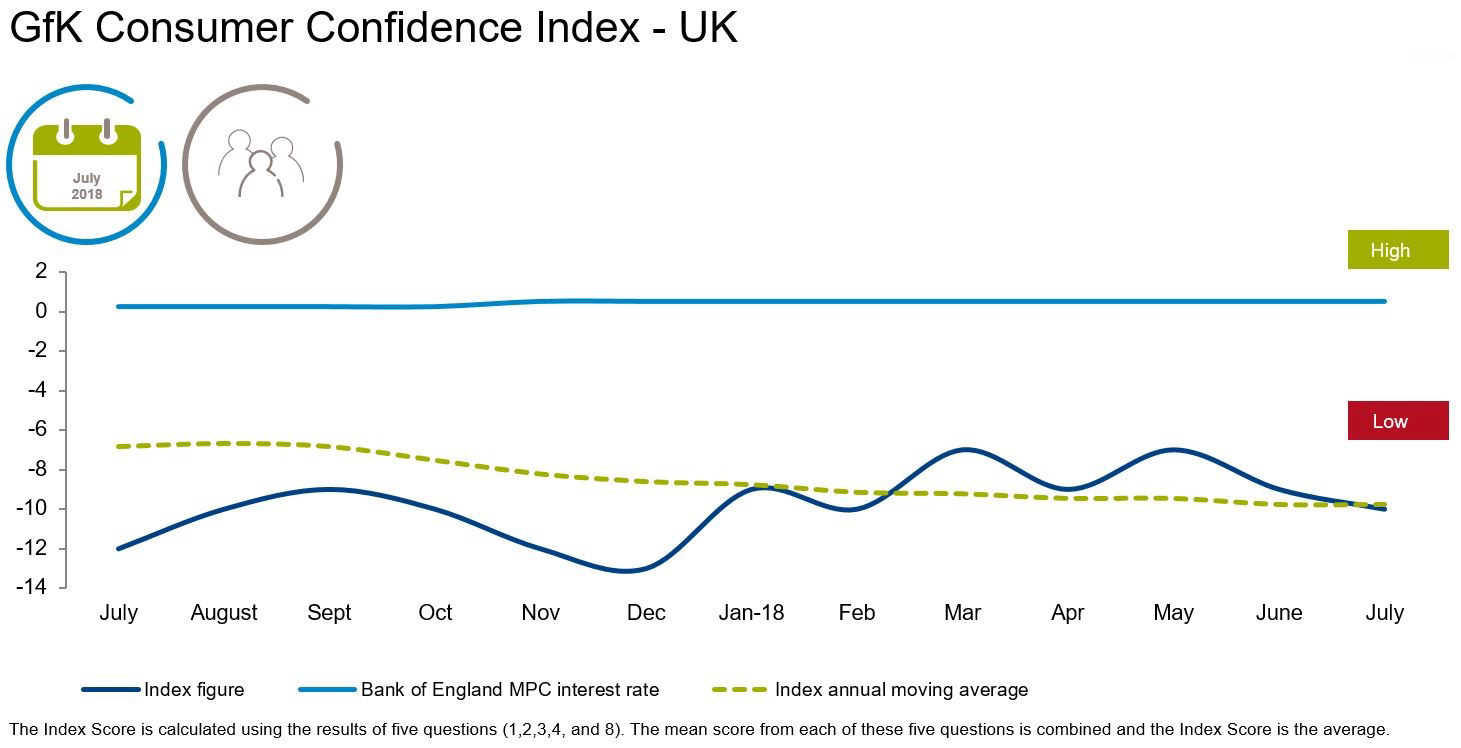 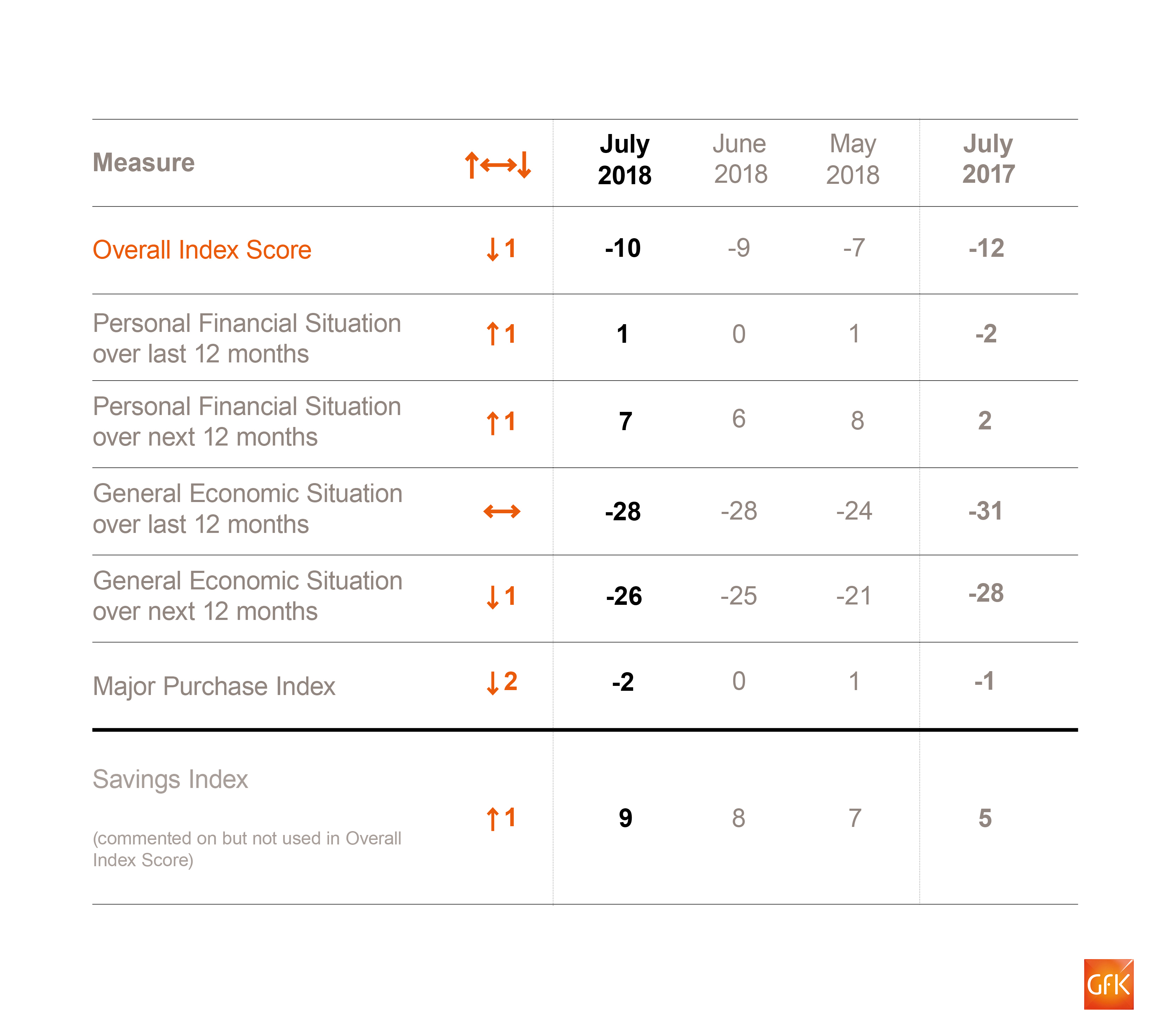