UK Consumer Confidence sunnier in May, but long-term forecast is less certain

Joe Staton, Client Strategy Director at GfK, says: “Despite a backdrop of Brexit-related change and complexity, and price rises for most household bills in April, consumers have managed a seasonal spring in their step with a three-point uptick in consumer confidence this month.

"Although the Overall Index Score is still bumping along in negative territory, we’re seeing stronger positives in measures about how consumers view their personal financial situation – a key metric impacting day-to-day spending. This is coupled with a less negative view of the general financial situation across the UK in the coming year.

"With the Government forecasting an economy showing modest growth, where inflation is under control, unemployment is at multi-decade lows and the employment rate is at a record level, perhaps this sunnier picture is to be expected? But before we see a leap back into the brighter positive numbers last seen in January 2016, consumers will need to be convinced in heart, head and wallet that Brexit’s murkiness has finally come to an end. And there are potentially dark clouds on the horizon with the next EU deadline of October 31st.

The Overall Index Score in May 2019 is -10; four measures increased, and one stayed the same in May.

The index measuring changes in personal finances during the last 12 months has increased this month to +3; this is two points higher than in May 2018.

The forecast for personal finances over the next 12 months also increased by five points to +5 this month; this is three points lower than May 2018.

The measure for the general economic situation of the country during the last 12 months has remained the same this month at -30; this is six points lower than in May 2018.

Expectations for the general economic situation over the next 12 months have increased five points to -29; this is eight points lower than May 2018.

The savings index has increased four points in May to +16; this is nine points higher than at this time last year. 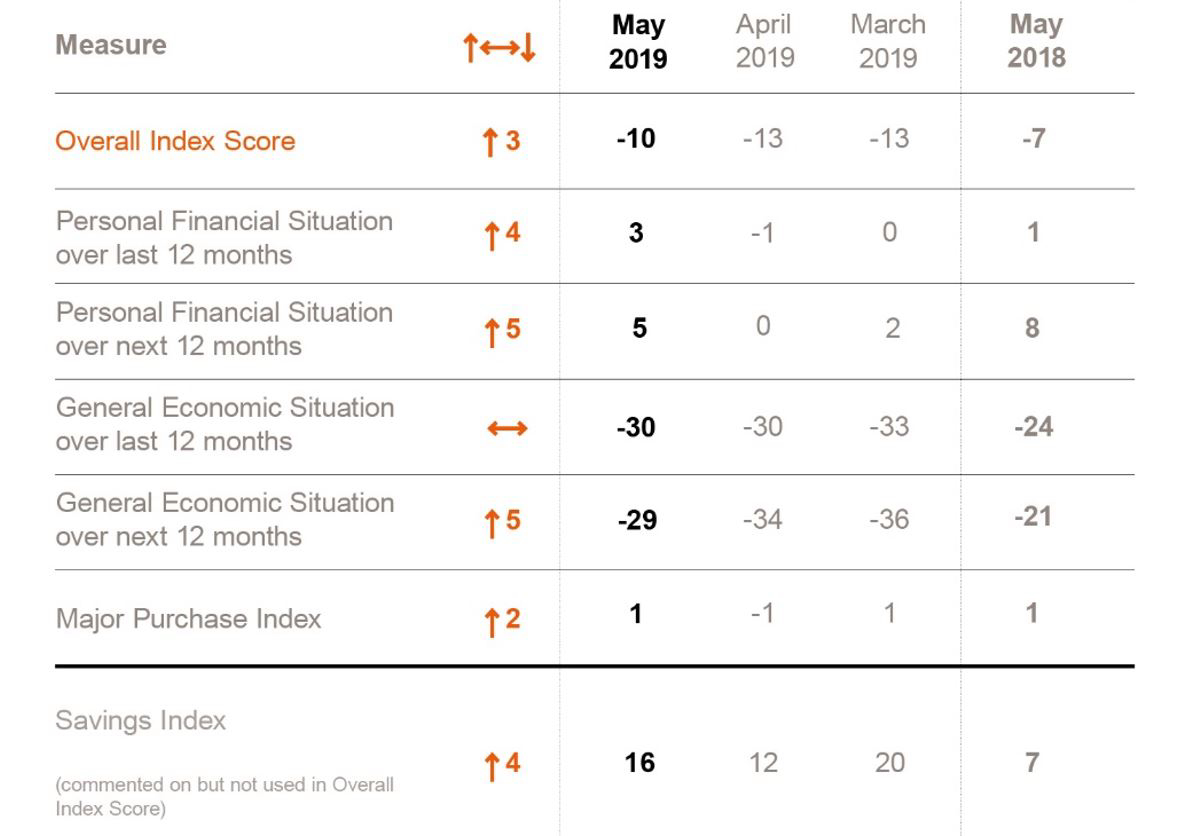