“No real upsets this month as the Barometer continues to bump along in negative territory. Consumers remain cagey about the state of their personal finances and the general economic picture for the UK, especially as wage growth fails to keep pace with the rising costs of living. Since the Brexit referendum, household spending has been a big driver of growth, so any slump will dent future economic prospects. However, if we carry on shopping, as seen by the uptick in the Major Purchase Index, then forecasts for a post-Trigger/pre-Brexit slowdown could be proved wrong.”

UK Consumer Confidence Measures – March 2017
The Overall Index Score in March was -6, the same level as the previous month.  Three of the five measures stayed the same in March, and the remaining two measures increased.

Savings Index
The Savings Index has increased three points to -1; this is one point higher than March 20 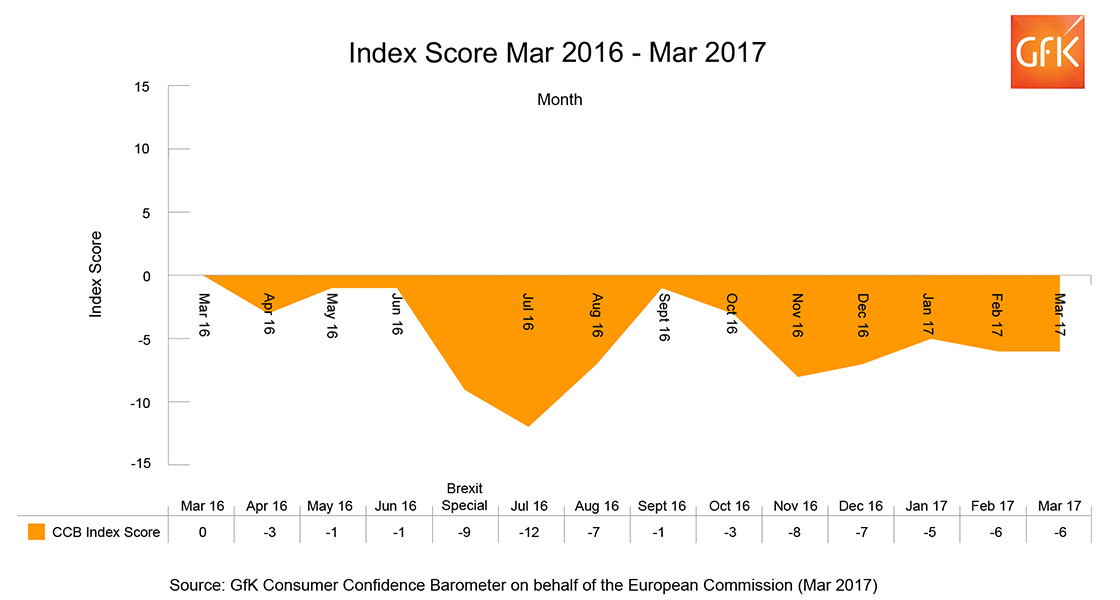