“Consumers are no doubt aware of the incessant Brexit noise, the core debate about whether ‘no deal is better than a bad deal’, the accompanying threats, warnings and uncertainties, the wild hopes and dark fears, and the daily ups and downs. But are consumers putting their hands over their ears and quietly saying: let’s just wait-and-see?

"We are just months away from the Brexit crunch but there is no sign (yet) of any crash in consumer confidence. Yes, the core index continues to muddle along in negative territory, but Armageddon seems a distant prospect. With this month’s jump to -7, we have four of the constituent scores up and one unchanged. And we are well above the worrying -39 we saw in July 2008. Are consumers being more sensible than the pundits? Have they developed an immunity to the Brexit babble?”

The Overall Index Score in August 2018 is -7. Four measures increased in August and one stayed the same.

The index measuring changes in personal finances during the last 12 months has increased three points this month to +4; this is two points higher than this time last year.

The forecast for personal finances over the next 12 months has increased one point to +8 this month; this is three points higher than August 2017.

The measure for the General Economic Situation of the country during the last 12 months has increased two points to -26; this is four points higher than August 2017.

Expectations for the General Economic Situation over the next 12 months have stayed the same at -26; this is one point higher than August 2017.

The Major Purchase Index has increased eight points to +6; this is six points higher than August 2017.

The Savings Index has increased eight points to +17 in August; this is 11 points higher than this time last year. 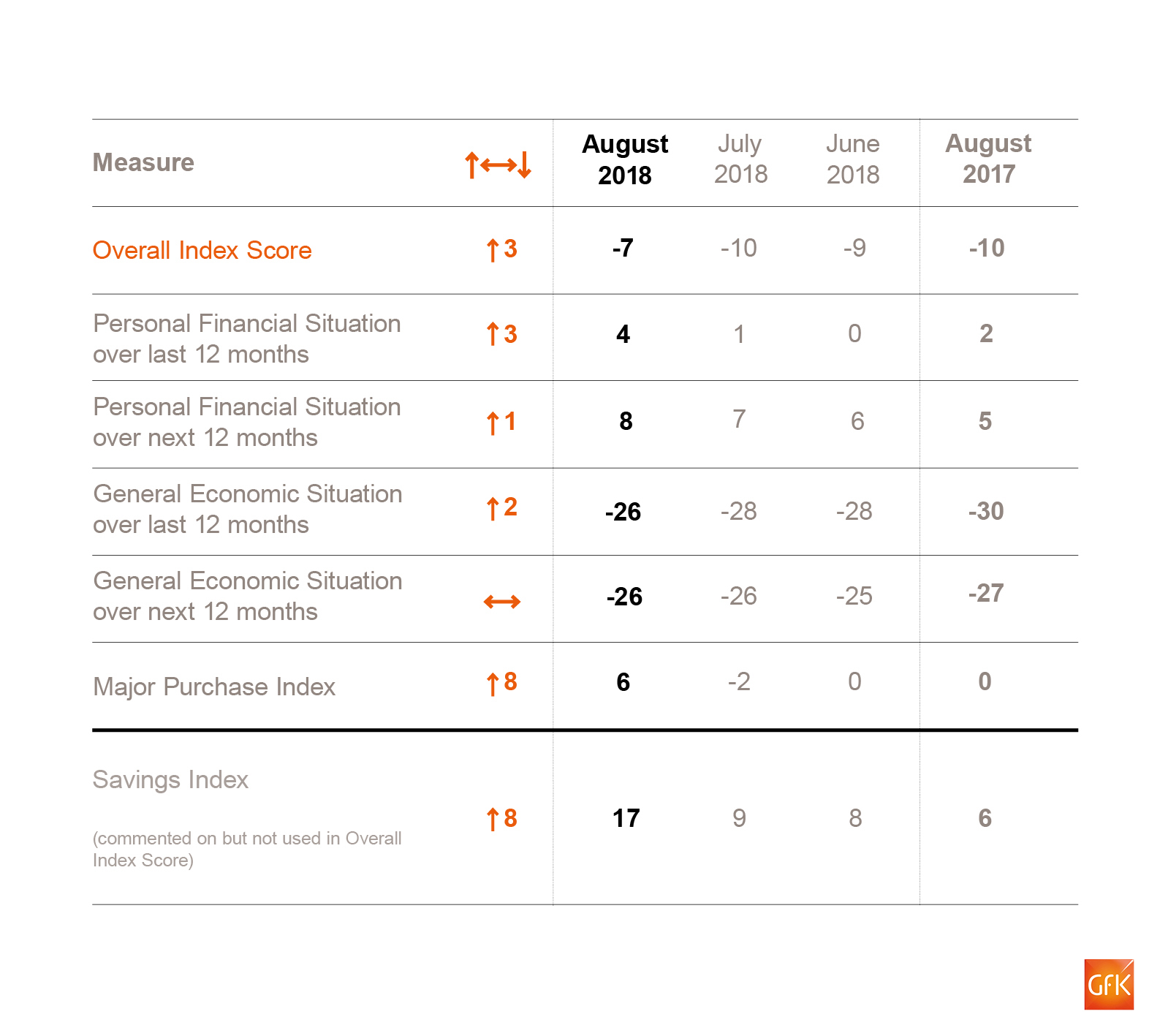