GfK’s long-running Consumer Confidence Index has increased two points to –7 for February. Three measures increased, one measure decreased, and one measure remained the same this month.

Joe Staton, Client Strategy Director at GfK says: “Against a February backdrop of rising wages and house prices, low unemployment and stable inflation, we report another healthy uptick in consumer confidence this month – the third monthly increase in a row.

"The rise in the Overall Index Score is driven by our increasingly positive view on the state of the UK’s general economy for both the past and the next 12 months. And, despite the fact that consumers have shown some concern about their day-to-day personal finances this month, a big five-point jump in the Major Purchase Index reflects the recent rebound in retail sales, as widely reported.

"Although the Index remains south of positive, the trajectory remains upwards. The only ‘known unknown’ is the potential impact of coronavirus on behaviour, confidence and spending patterns. This is a developing story, watch this space.”

The Overall Index Score in February 2020 is -7. Three measures increased, one measure decreased and one measure remained the same this month.

The index measuring changes in personal finances during the last 12 months has decreased by two points this month to -1; this is one point lower than February 2019.

The forecast for personal finances over the next 12 months is unchanged at +6 this month; this is five points higher than February 2019.

The measure for the general economic situation of the country during the last 12 months has increased five points this month to -23; this is ten points higher than in February 2019.

Expectations for the general economic situation over the next 12 months have also increased three points to -21; this is 17 points higher than February 2019.

The Major Purchase Index increased five points in February to +6; this is one point higher than it was in February 2019.

The Savings Index has remained the same this month at +20; this is two points higher than at this time last year. 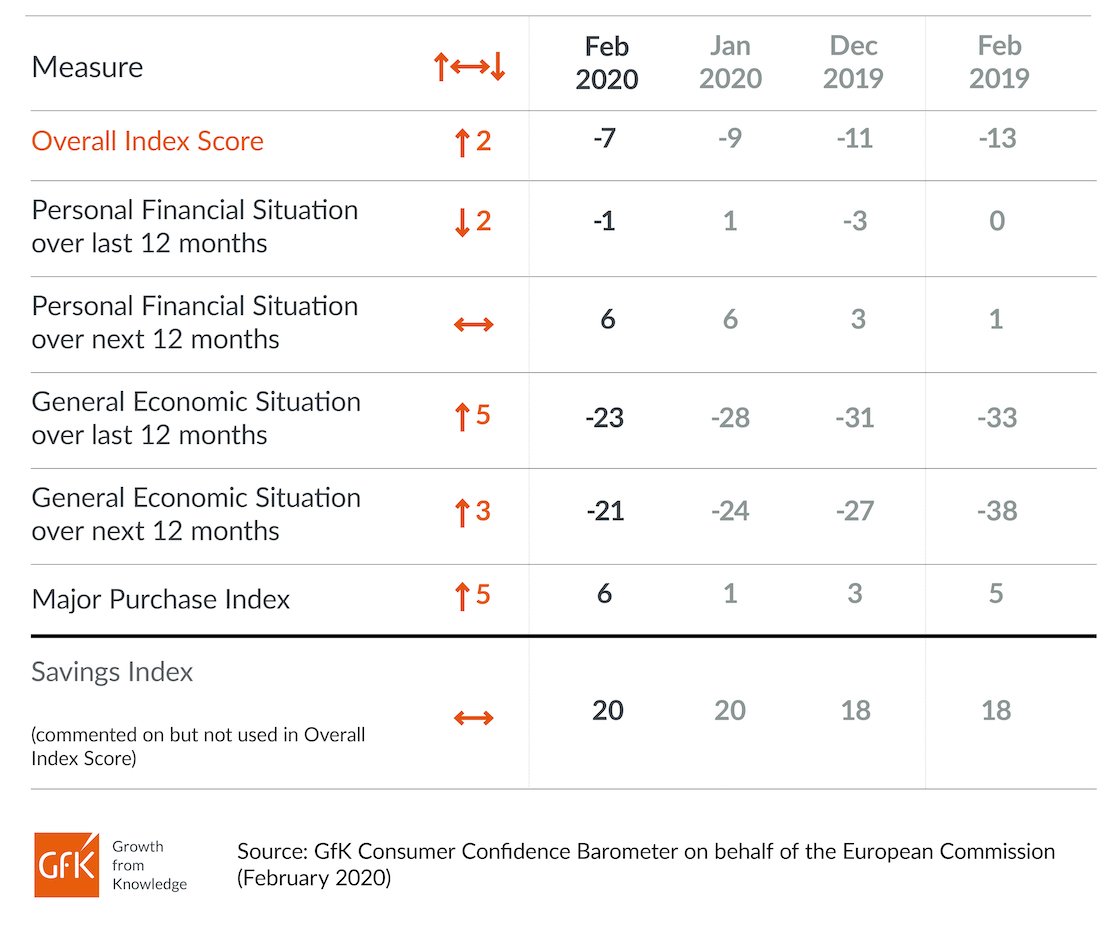 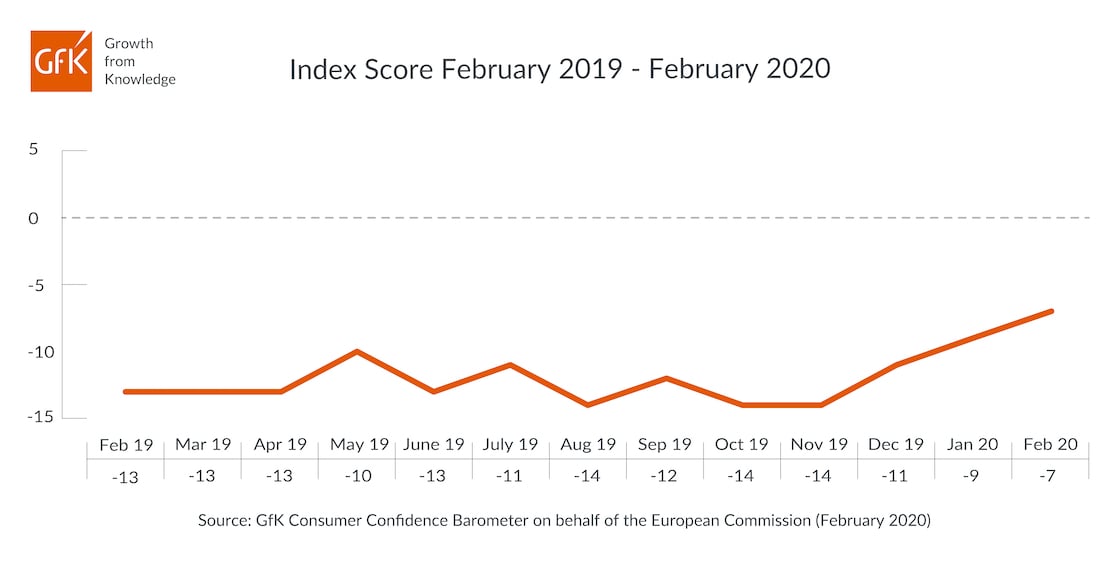 Interviewing was carried out during 3rd – 14th February 2020.

The Overall Index Score is calculated using underlying data that runs to two decimal points.
Results for the Consumer Confidence Barometer are normally available on the last working day of each month at 00.01am (unless the final working day of a month is a Monday, in which case the results are published on the Friday preceding the final working day). The release date for March is Tuesday 31stMarch 2020.