GfK’s long-running Consumer Confidence Index has remained at -34 for April. One measure increased in comparison to the COVID-19 flash of April 6th, one measure decreased, and three measures remained the same.

Joe Staton, Client Strategy Director says: “Consumer Confidence has stayed steady at the minus -34 points recorded in our first COVID-19 flash of April 6th. It is too early to say whether this has now stabilised after weeks of adjustment to the reality of lockdown life, or whether further falls are to come.

"Interestingly, we are recording a three-point rise in expectations for personal finances for the next 12-months, although it is important not to attach too much significance to this until we have further tracking.

"It’s no surprise that the Major Purchase Index remains low: despite households making online purchases of home cooking equipment, freezers, TVs, monitors and other goods, these surges in demand have not compensated for the loss of overall retail sales due to the closure of physical stores.

"Overall, there is no guarantee yet that the fall in consumer confidence has ended, and we are only five points away from the record -39 low seen in July 2008.”

The Overall Index Score remained at -34 in April 2020. One measure increased in comparison to the COVID-19 flash of April 6th, one measure decreased, and three measures remained the same.

The index measuring changes in personal finances during the last 12 months is unchanged at -4; this is three points lower than April 2019.

The forecast for personal finances over the next 12 months is slightly higher at -14 this month; this is 14 points lower than April 2019.

The measure for the general economic situation of the country during the last 12 months has dropped four points to -44; this is 14 points lower than in April 2019.

Expectations for the general economic situation over the next 12 months are the same at -56 points; this is 22 points lower than April 2019.

The Savings Index has increased by one point in April; this is seven points lower than at this time last year. 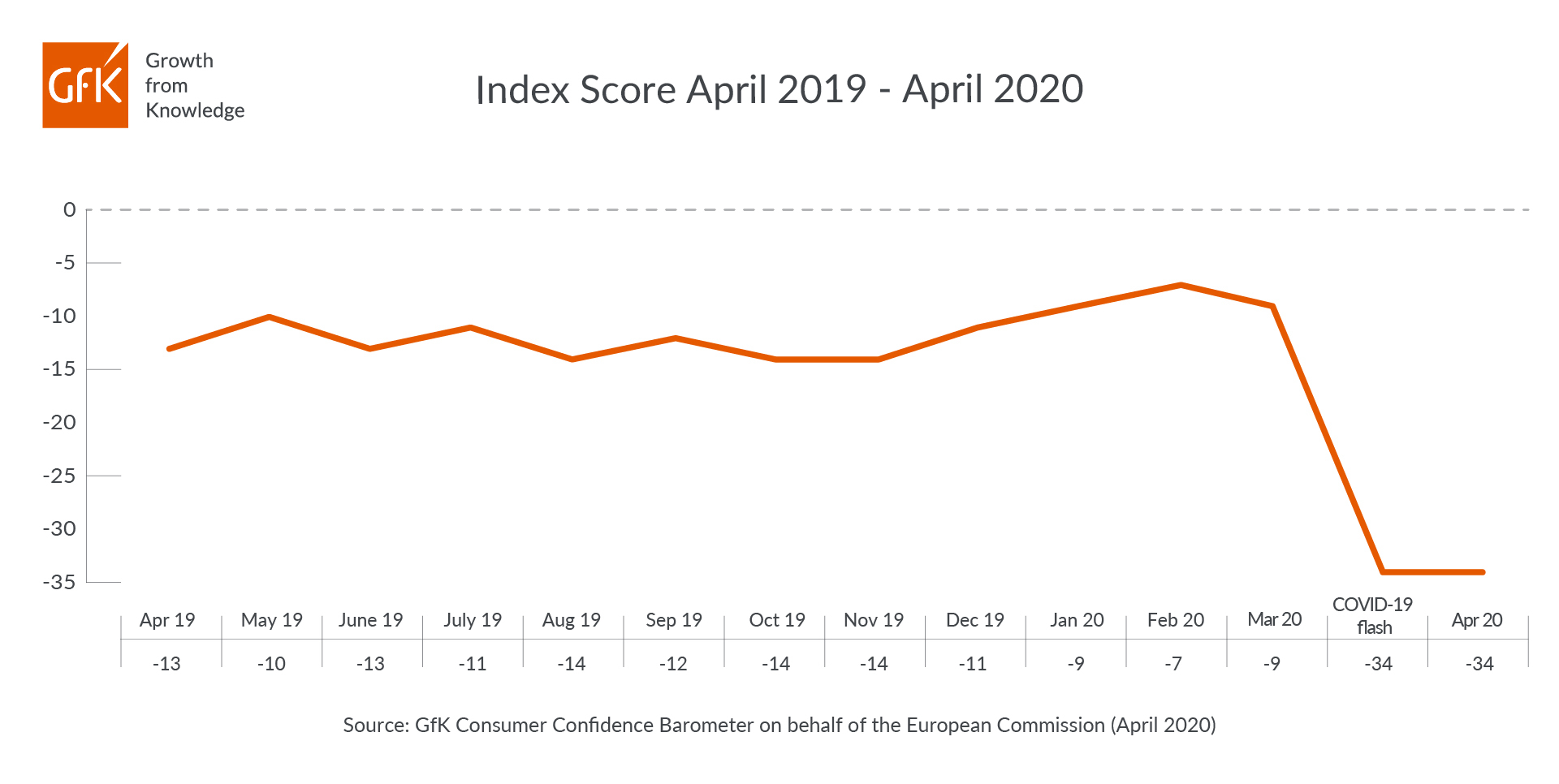 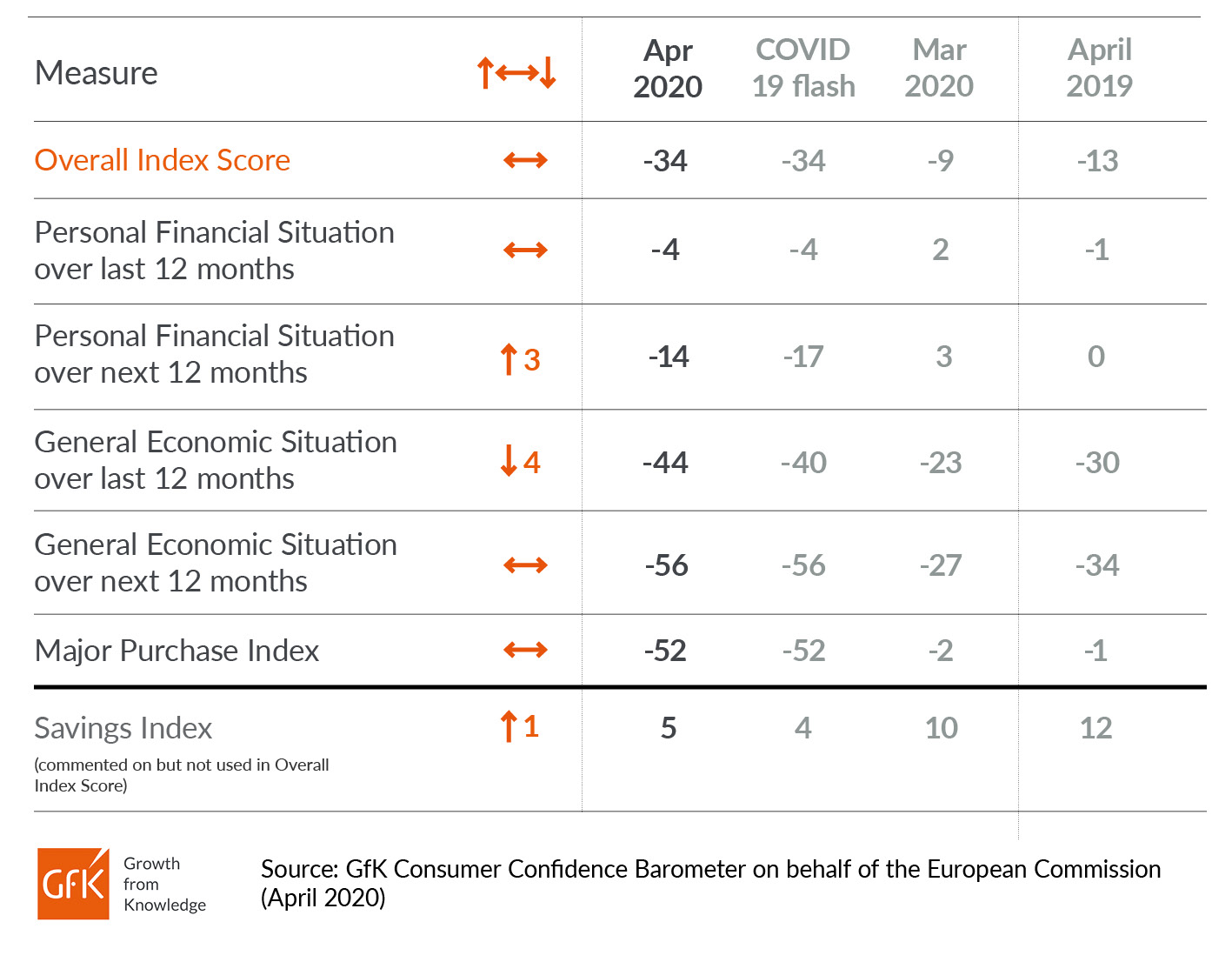