GfK’s long-running Consumer Confidence Index dropped one point to -7 in April. Four of the five measures decreased, leaving only the Major Purchase Index showing an increase.

“In the face of widespread reports of rampant inflation, stagnating wages and anxiety over our borrowing binge, UK consumer confidence is surprisingly stable. Although the Overall Index Score remains in negative territory, and has dipped this month, we have not seen any evidence of the predicted post-Trigger downturn, despite high levels of concern about the general economic situation of the country.

Consumers continue to remain positive about the state of their personal finances and even report that now is a good time to buy. But is this too good to be true? Is this simply the calm before the storm? Is pre-Brexit economic turbulence yet to really batter households? That threat cannot be ruled out. But for the moment, consumer sentiment remains relatively buoyant as we enter our two-year window of renegotiation and navigate the run-up to the General Election.”

The Overall Index Score in April was -7. Four of the five measures decreased, and the remaining measure increased.

The measure for the General Economic Situation of the country during the last 12 months has decreased two points to -23; this is nine points lower than April 2016. Expectations for the General Economic Situation over the next 12 months have dropped one point in April to -21; this is seven points lower than April 2016.

The Major Purchase Index has increased one point this month to +7; this is two points higher than this time last year.

The Savings Index has increased two points to +1; this is four points lower than April 2016. 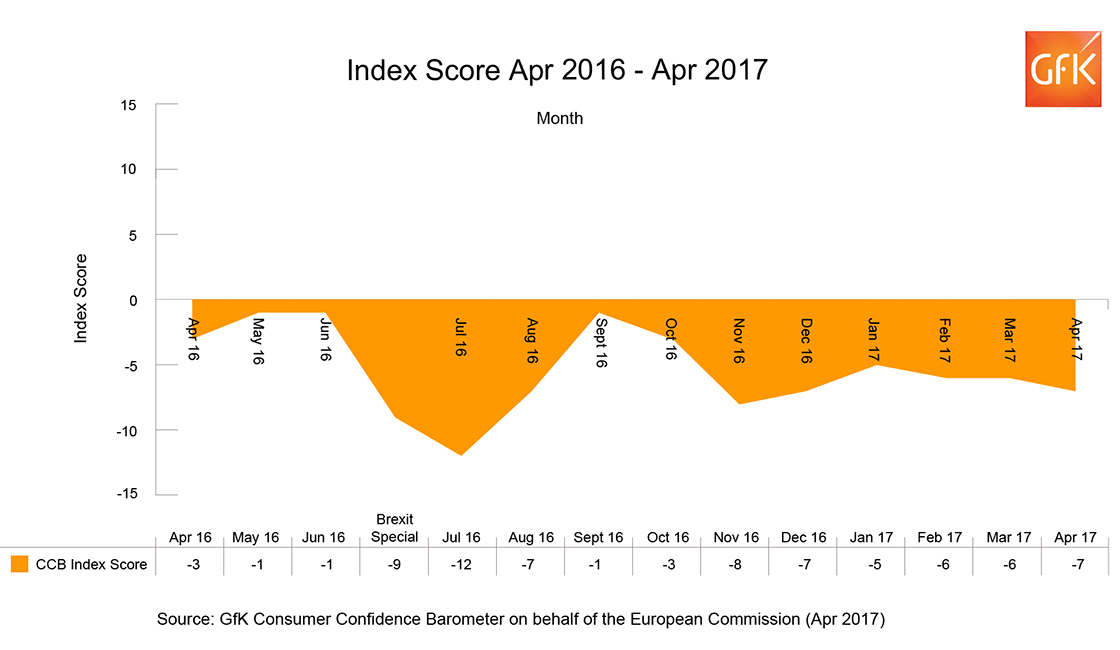