Is Brexit turning this year’s ‘season of goodwill’ into ‘the season of uncertainty’?

“Against a backdrop of the Chancellor telling everyone that the Brexit deal on the table will make people worse off, this month we’re recording an across the board fall for all measures with concerns over household finances, the general economy and purchase intentions.

"The measure that fell the most is our Major Purchase Index, with a seven-point plunge that is unhappy news for retailers. The view on the general economy in the coming 12 months fell four points, as did the perception of the past year’s personal finances.

"Overall, we are now back at the -13 level we saw at the end of last year. The next few weeks are highly unlikely to inject any festive cheer, especially if Theresa May’s Brexit deal doesn’t win backing from MPs. The denouement to more than two years of bewildering Brexit wheeler-dealing looks like it will be enacted precisely when many consumers would prefer to be thinking of a well-earned Christmas break, filled with family get-togethers, warmth and festivity - possibly turning this year’s ‘season of goodwill’ into ‘the season of uncertainty’."

The Overall Index Score in November 2018 is -13, with all five measures decreasing.

The index measuring changes in personal finances during the last 12 months has decreased four points this month to -3; this is two points lower than at the same point last year.

The forecast for personal finances over the next 12 months has decreased one  point to +3 this month; this is one point higher than November 2017.

The measure for the General Economic Situation of the country during the last 12 months has dropped one point to -29 this month; this is three points higher than November 2017.

Expectations for the General Economic Situation over the next 12 months have decreased four points to -32; this is four points lower than November 2017.

The Major Purchase Index decreased seven points in November to -3; this is at the same level as November 2017.

The Savings Index has stayed at the same level this month at +12; this is four points higher than this time last year. 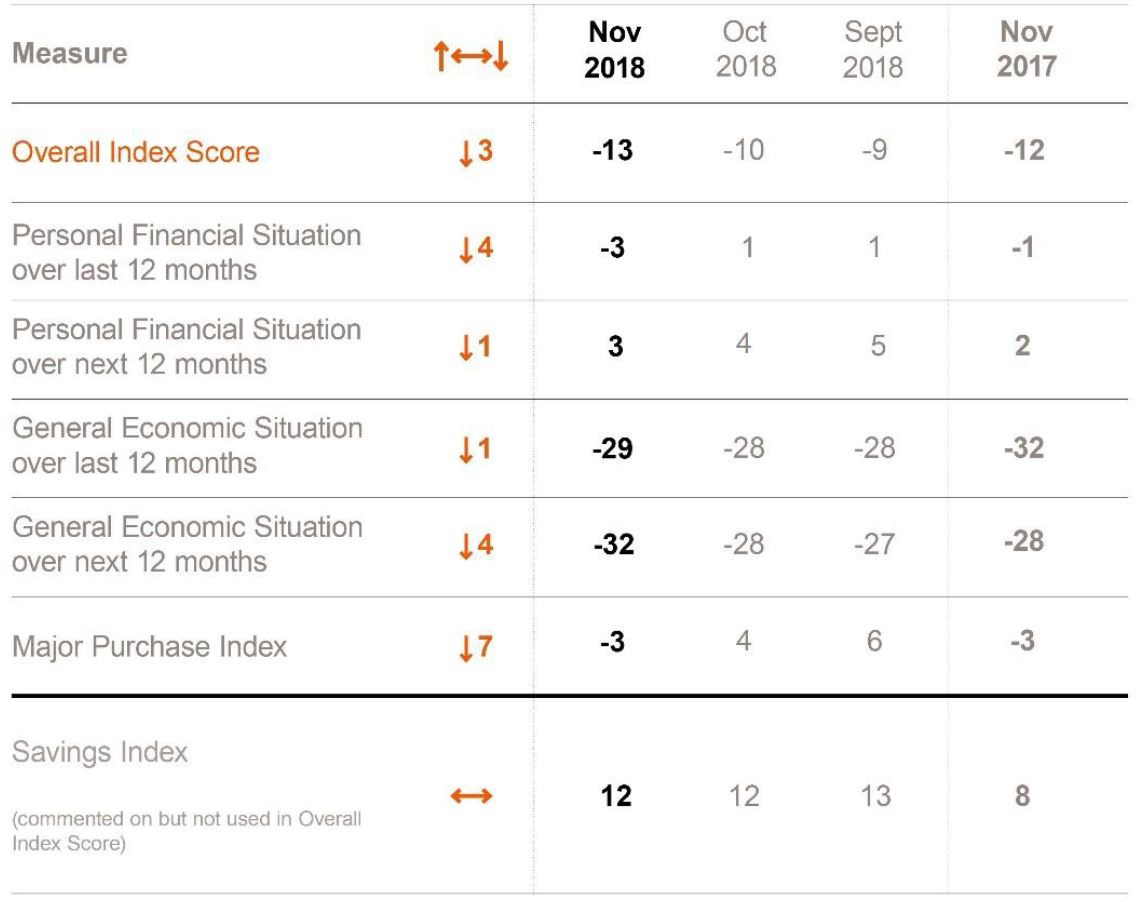 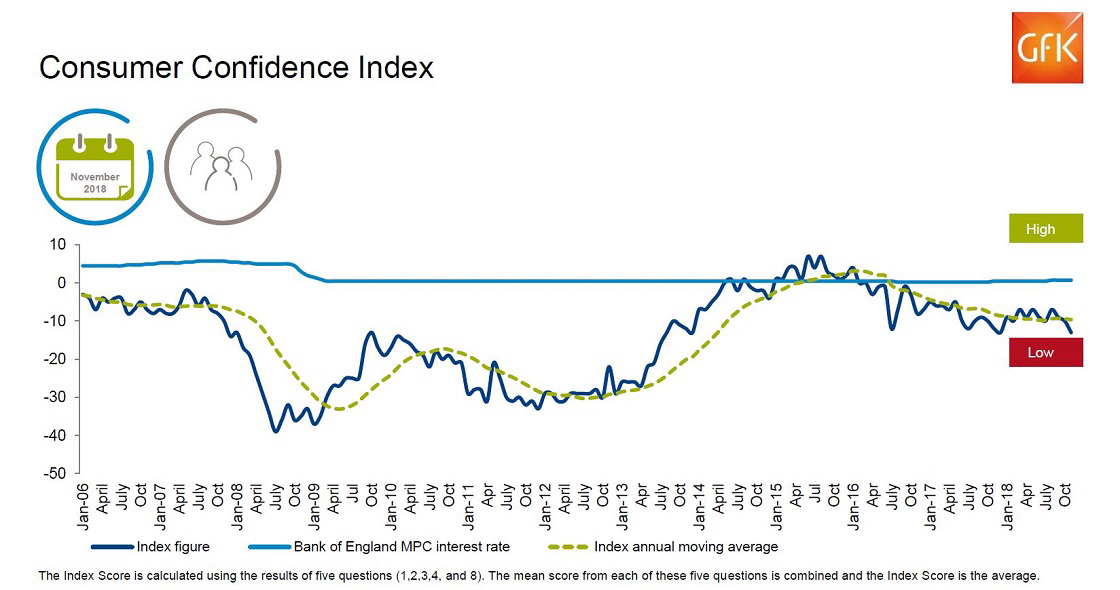 The UK Consumer Confidence Survey from GfK was conducted amongst a sample of 2,003 individuals aged 16+ on behalf of the European Commission.

Interviewing was carried out during 1st - 15th November 2018.