UK Consumer Confidence down one point in October

But Major Purchase Index up for third month running

“It’s no surprise that the Overall Index Score continues to bump along in negative territory this month. As concerns about the wider economic prospects for the UK economy dampen our outlook, consumers are showing no real ‘get-up-and-go’. The tiny shift up a point in how we view our personal finances over the past year is counter-intuitive given rising living costs, an imminent interest rate rise, and the reality that we earn less in real terms in 2017 than in early 2006. Our enthusiasm for spending, as witnessed by the uptick in the Major Purchase Index, is more worrying than reassuring. Surging credit card use is fueling spending at the expense of our appetite for saving, which is growing at the slowest rate since the start of the 2008/2009 financial crisis. We are now entering the crucial Christmas trading season and it will be a testing time for retailers and consumers alike. Will consumers carry-on shopping or start to cut-back in the face of mounting pressure on our pockets?”

UK Consumer Confidence Measures – October 2017
The Overall Index Score in October is -10. Two of the five measures increased, two decreased and one remained the same.

Savings Index
The Savings Index has stayed at +3 in October; this is 12 points higher than October 2016. 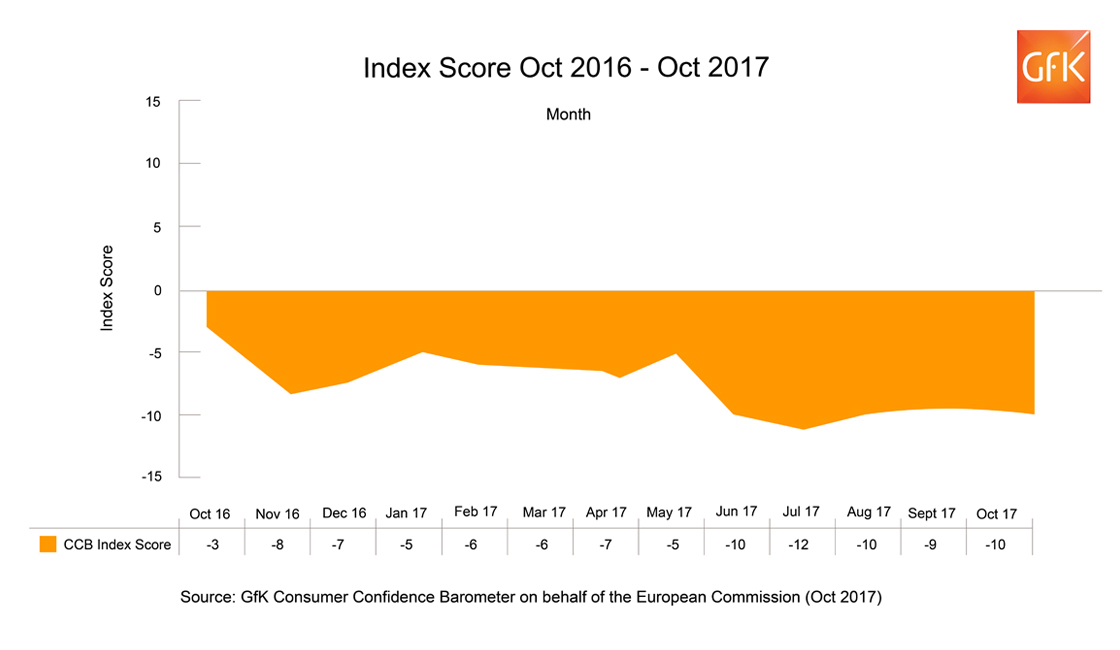