“Until Brexit leaves the front pages – whenever that will be – consumers can be forgiven for feeling nervous not just about the wider economy but also about their financial situation.

"That’s an important distinction because a significant development in August is the sudden drop in views on personal finances ‘over the next 12 months’ after the encouraging jump in this measure last month.

"For a long time, the downward momentum in the Overall Index Score has been associated with our views on economy. But reduced confidence is now affecting how we see our personal finances.

"If there is a continuation of that dip in our feelings about our ‘future wallets’, we’d quickly see a headline score (the average of our five sub-measures) crash to a level that approaches the worrying figures seen in the worst days of the 2008/2009 financial crisis.

"We are not there yet, and we may not necessarily get there, but it’s a trend we need to watch carefully.”

The Overall Index Score in August 2019 is -14. All five measures decreased in August.

The index measuring changes in personal finances during the last 12 months has decreased by two points this month to -1; this is five points lower than August 2018.

The forecast for personal finances over the next 12 months decreased by five points to +2 this month; this is six points lower than August 2018.

The measure for the general economic situation of the country during the last 12 months has decreased two points this month to -34; this is eight points lower than in August 2018.

Expectations for the general economic situation over the next 12 months have decreased six points to -38; this is 12 points lower than August 2018.

The major purchase index decreased three points in August to +1; this is five points lower than in August 2018.

The savings index has decreased four points in August to +21; this is four points higher than at this time last year. 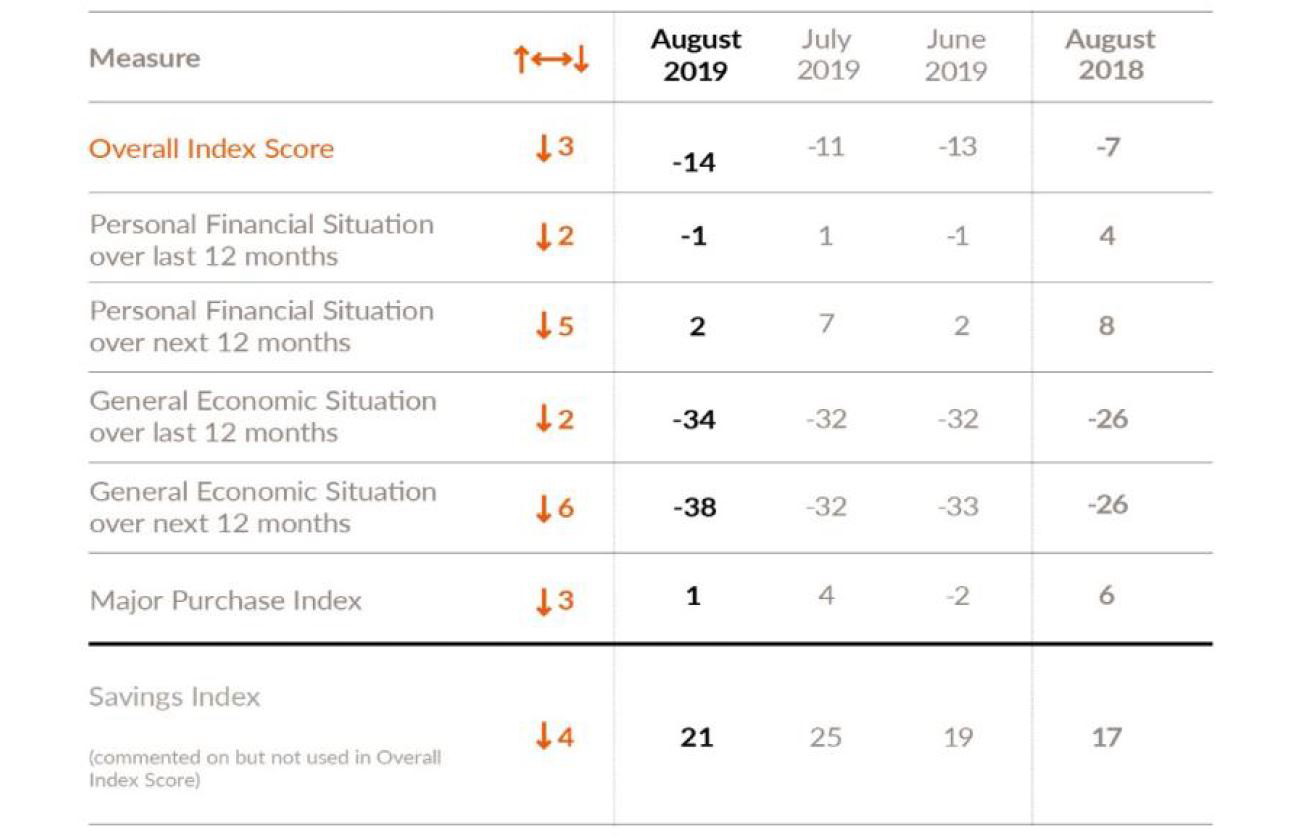 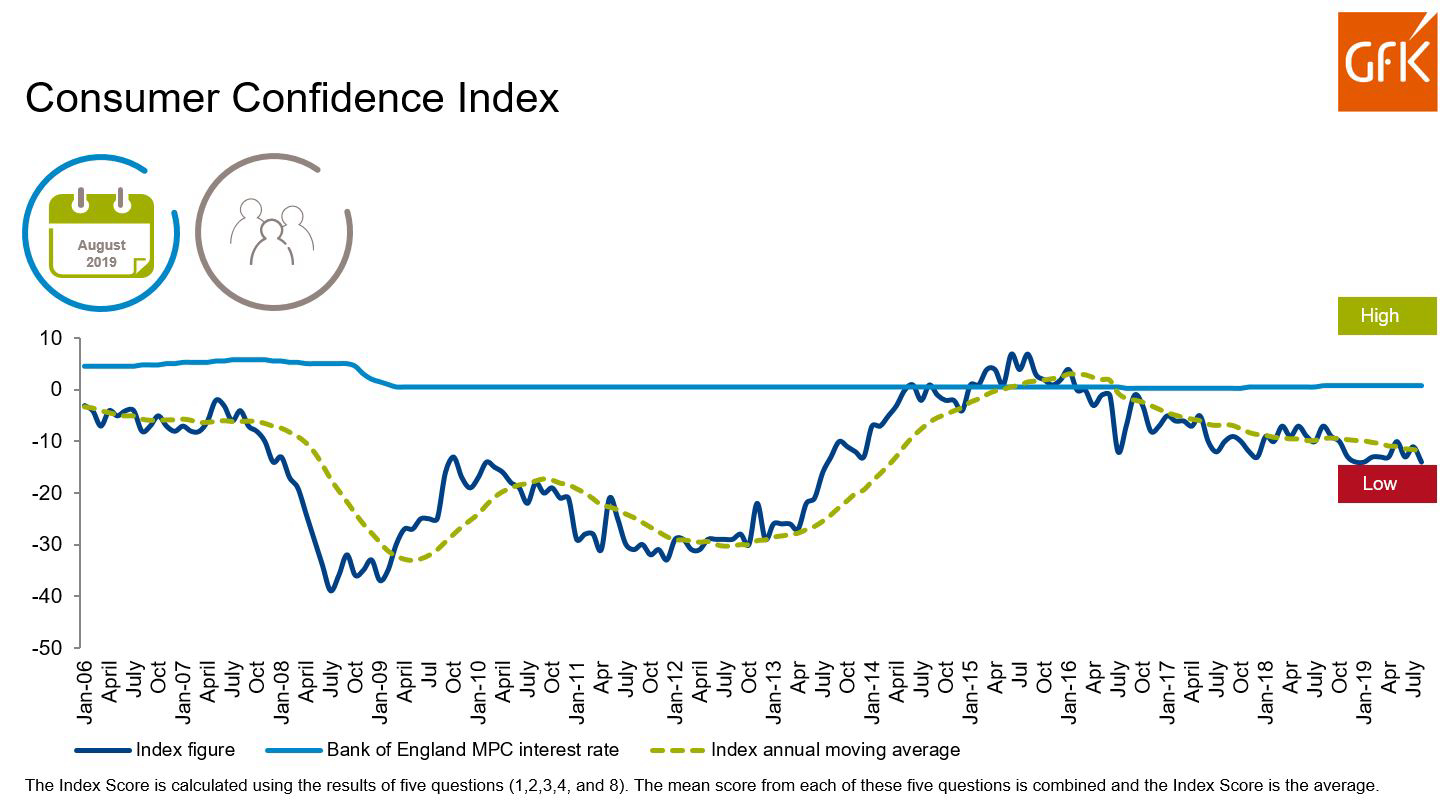 The UK Consumer Confidence Survey from GfK was conducted amongst a sample of 2,000 individuals aged 16+ on behalf of the European Commission.