Joe Staton, Client Strategy Director at GfK says: “Against the threat of a dramatic slowdown in the UK economy due to the spread of Covid-19, the Consumer Confidence Barometer has weakened by two points this month.  Importantly, this research was carried out during the first two-weeks of March, when the coronavirus was headline news but not impacting day-to-day lives of people across all UK nations to the degree we see today.

"After a run of increasingly positive numbers since last December, we’re now seeing very clear disruption. There’s a six-point drop in perceptions of the economy in the coming year, although the view on the next 12 months for personal finances has recorded a softer decrease of three points. The steep eight-point fall in the Major Purchase Index is worrying news for retailers across the land.

"While we have a long way to drop before we match the devastating numbers seen in July 2008, when the Overall Index Score crashed to -39 points, we are likely to suffer further deterioration now that we are in  lock-down in Britain."

The Overall Index Score in March 2020 is -9. One measure increased, three measures decreased, and one measure remained the same this month.

The index measuring changes in personal finances during the last 12 months has increased by three points this month to +2; this is two points higher than March 2019.

The forecast for personal finances over the next 12 months has decreased to +3 this month; this is one point higher than March 2019.

The measure for the general economic situation of the country during the last 12 months remains the same this month at -23; this is ten points higher than in March 2019.

Expectations for the general economic situation over the next 12 months have decreased six points to -27; this is nine points higher than March 2019.

The Major Purchase Index decreased eight points in March to -2; this is three points lower than it was in March 2019.

The Savings Index decreased ten points this month to +10; this is ten points lower than at this time last year. 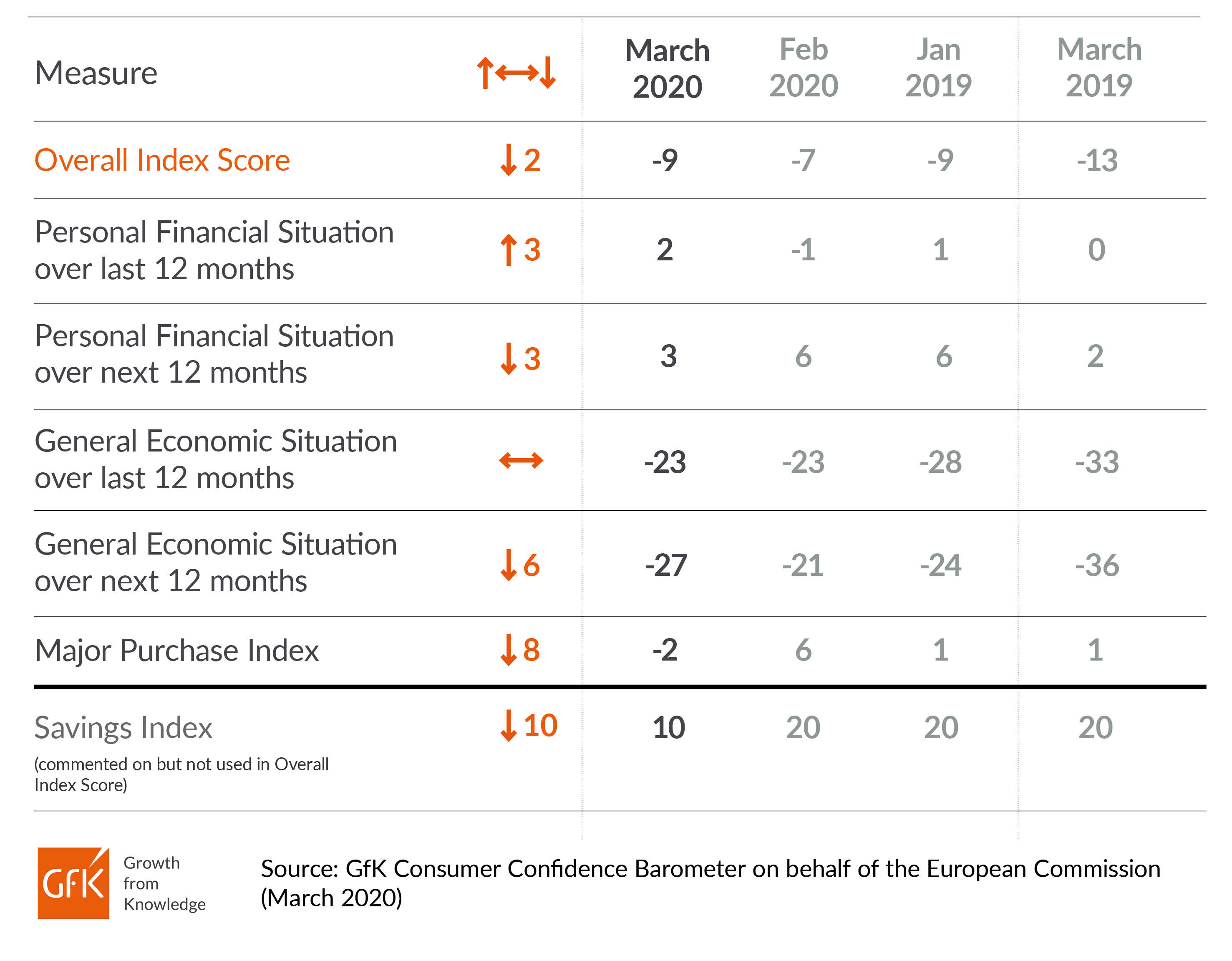 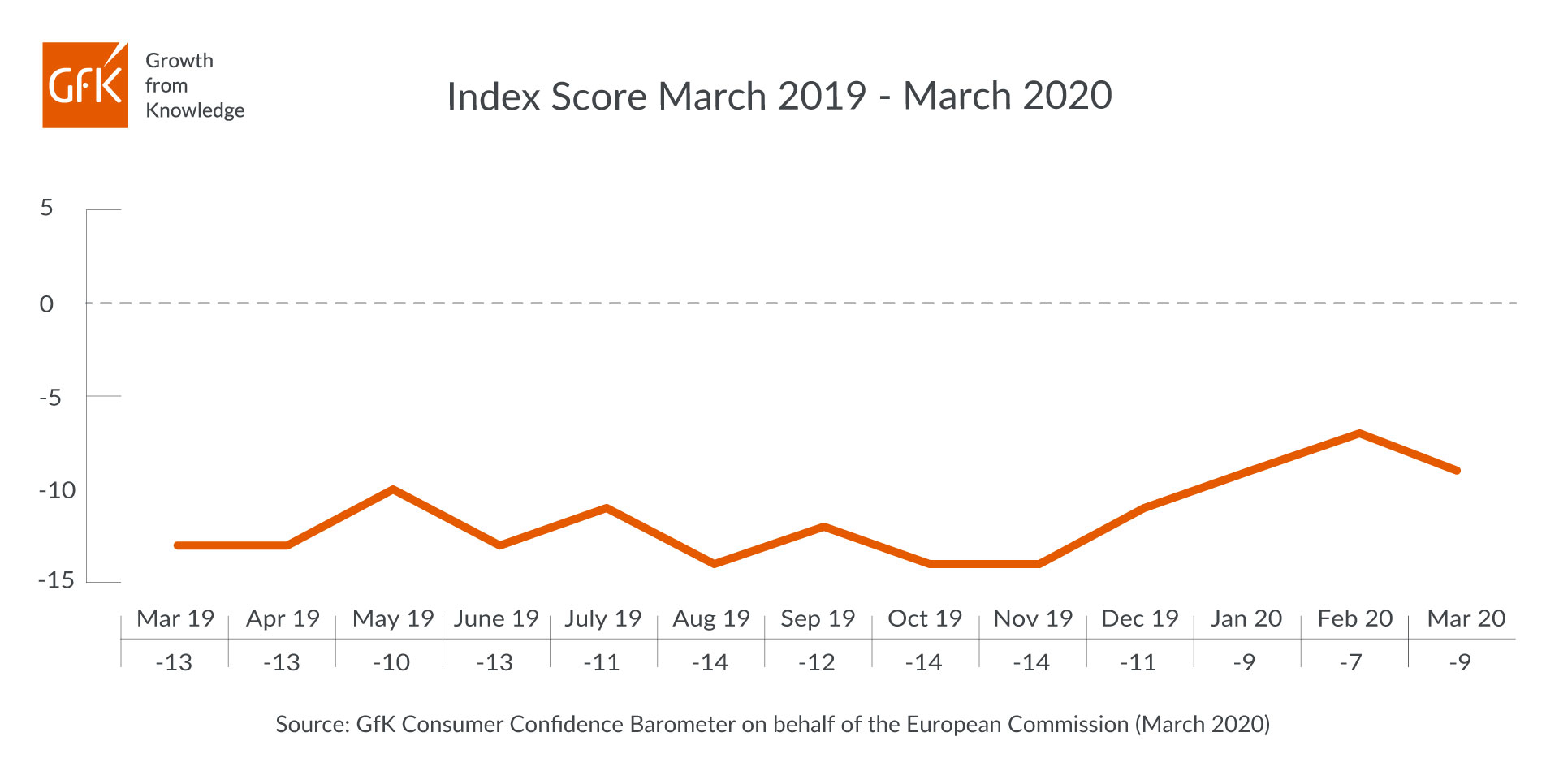