“This month’s survey covers the period before and after the UK general election and reveals a sharp drop in confidence among consumers across all measures. The Overall Index Score is just two points away from last year’s post-Referendum low of -12. We have falls this month reflecting negative sentiment about our personal financial situation and expectations for the wider economy.

The scores on the general economic situation looking forward and back 12 months are now particularly weak. All this concern will worry the UK’s retailers, with this month’s plunge in the Major Purchase Index (down eight points) reflecting our increased caution over non-food spending and our softening appetite for debt. Strong consumer spending has propped up the economy since last June but now the twin pressures of higher prices and sluggish wage growth are squeezing household finances and adding to widespread fears of a Brexit-induced economic slowdown.”

UK Consumer Confidence Measures – June 2017
The Overall Index Score in June is -10.  All five constituent measures decreased this month with the biggest drop occurring in the Major Purchase Index.

Personal Financial Situation
The index measuring changes in personal finances during the last 12 months has decreased by three points this month to -1; this is seven points lower than this time last year.
The forecast for personal finances over the next 12 months has decreased four points this month to 0; this is eight points lower than June 2016. 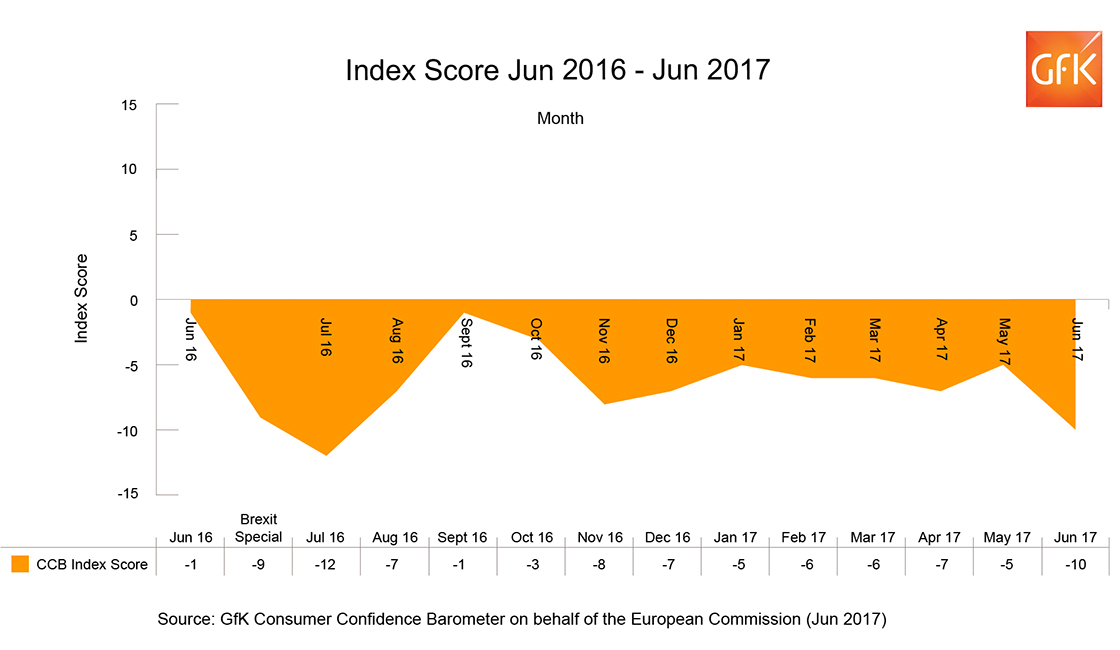