Index still in negative territory at -1

GfK’s long-running Consumer Confidence Index increased two points in May to -1.  All of the measures, except one, used to calculate the Index saw increases this month.

“Despite May’s brave attempt at a recovery with the overall Consumer Confidence Index rising two points from April, we remain in the gloomy world of negative territory this month at -1. Optimists will point to the fact our views on personal finances and our willingness to make major purchases are all up on last year. Perhaps this shows consumers are more confident over areas where they have more direct control. But pessimists will emphasise that the music is different when it comes to the General Economic Situation. Despite the tiny uptick this month, our confidence in economic matters, whether we look back or ahead 12 months, remains way below last year. Is it because the Brexit gremlins are hard at work? Almost certainly yes. How will that all change when the EU referendum has taken place on June 23rd?  We all wish we knew the answer to that question.”

The Overall Index Score has increased two points this month to -1.

The index measuring changes in personal finances during the last 12 months has increased by one point to +4; this is five points higher than May 2015.

The forecast for personal finances over the next 12 months has remained at +7 this month; this is four points higher than this time last year.

The measure for the General Economic Situation of the country during the last 12 months has increased by one point this month to -13; this is 14 points lower than May 2015.

Expectations for the General Economic Situation over the next 12 months have increased by one point to -13 this month; this is 13 points lower than May 2015.

The Major Purchase Index has increased four points this month to +9; this is seven points higher than this time last year.

The Savings Index is one point lower this month at +4; which is seven points higher than May 2015. 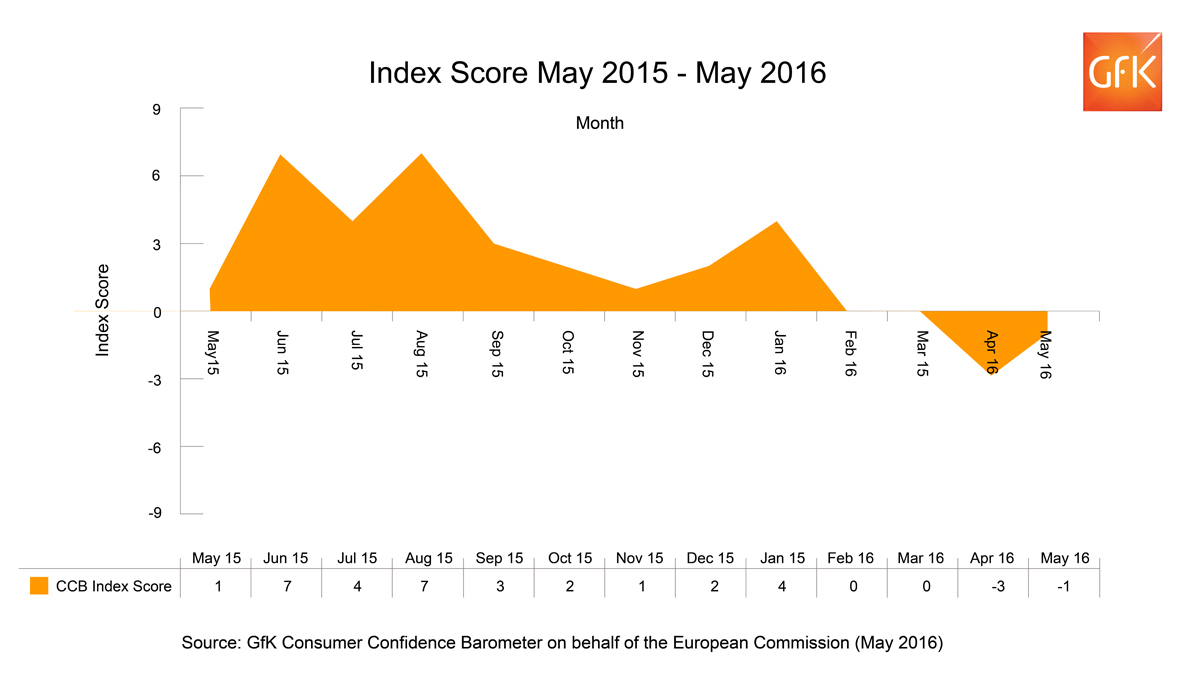