GfK’s long-running Consumer Confidence Index has decreased four points to zero in February.  Four of the measures used to calculate the Index saw decreases this month, with the remaining measure showing an increase.

“While faith in our own personal financial situation continues to remain strong for the year ahead with just a one-point drop to +8 points, we are clearly worried about the general economic situation for the country. Here, there have been sharp drops both for the view over the past year and the coming year. So, despite the positive impact of continued low interest rates and subdued inflation on our day-to-day household budgets, the feeble outlook for growth and a variety of economic uncertainties since the start of the year has depressed our New Year optimism.”

The Overall Index Score has decreased four points this month to zero.

The index measuring changes in personal finances during the last 12 months has increased by one point this month to +5; this is eight points higher than February 2015.

The forecast for personal finances over the next 12 months has decreased one point to +8 this month; this is two points higher than February 2015.

The measure for the General Economic Situation of the country during the last 12 months has decreased seven points this month to -10; this is seven points lower than February 2015.

Expectations for the General Economic Situation over the next 12 months have decreased seven points to -12; this is 15 points lower than this time last year.

The Major Purchase Index has decreased four points this month to +12; this is eight points higher than this time last year.

The Savings Index has decreased seven points to -2; which is six points higher than February 2015. 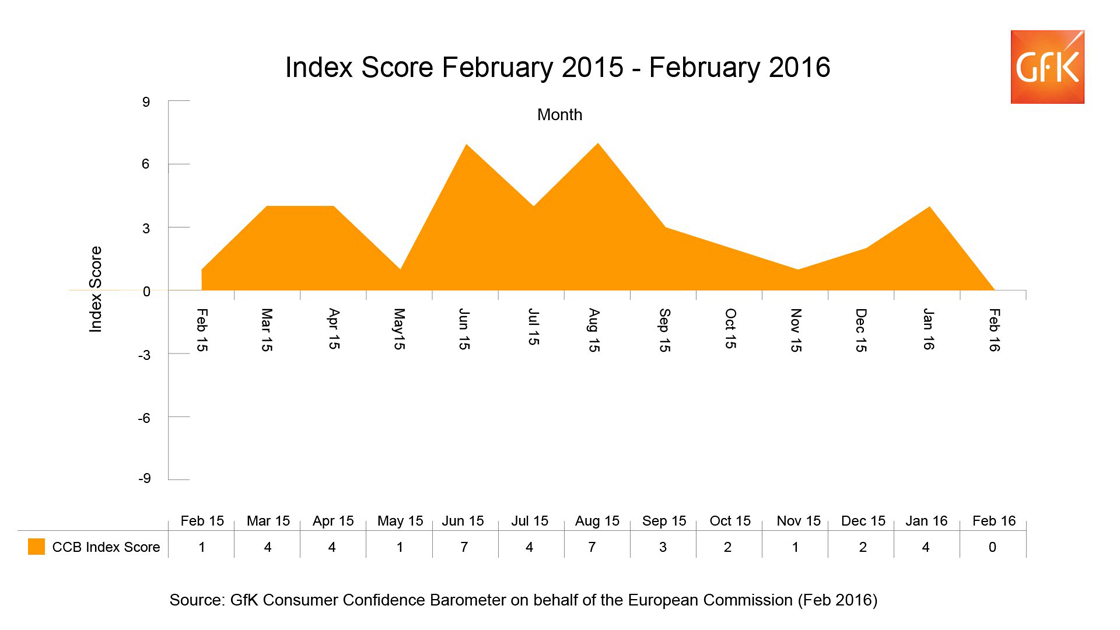