Almost twice as many people prefer relaxing vacations to active ones

Nuremberg, April 27, 2017 – In a 17-country online survey conducted by GfK, well over half (59 percent) of people say they prefer a vacation “where I relax and take it easy”. This compares to just over a third (35 percent) who prefer “an active vacation where I do or see lots of things”. Only six percent are not sure which type they prefer.

Internationally, there is next to no difference between men and women in these preferences. Men are potentially very slightly more lazy in their holiday choice than women – standing at 60 percent of men prefering a relaxing vacation, compared to 58 percent of women. But for active holidays, men and women stand neck and neck at 35 percent each.

Families with teenagers slightly more inclined to active holidays than others

For people with teenagers in the household, relaxing holidays become slightly less popular, falling to 57 percent, while active holidays rise to 39 percent.

Internationally, the biggest differences we see are when it comes to age groups. Teenagers are the most inclined to favor active holidays, with 43 percent selecting this and 51 percent preferring a relaxing holiday. The preference for active vacations then drops steadily with each age band, ending with those aged in their fifties, and those aged 60 or over, both standing at just one third (33 percent) favoring active holidays.

However, the age group with the highest percentage saying they prefer relaxing holidays is not the oldest two age groups – it is those aged in their forties, standing at 64 percent. Compare this to those aged 60 or over, where 57 percent say they favor relaxing vacations.

Nearly half of Italians and French prefer active holidays, while over two thirds of Brazilians and South Koreans want to relax

Italy (45 percent), France (44 percent) and Spain (43 percent) lead in having the highest percentage of their online population who prefer active vacations where they do and see lots of things.

In contrast, Brazil (71 percent), South Korea (66 percent) and Japan (also 66 percent) lead for having the highest percentages preferring a relaxing vacation where they take it easy.

Laurence Michael, global lead of travel and hospitality research at GfK, comments, “The value of these findings for the travel industry lies in combining this self-reported data with our travel insights, which are based on live forward booking data from a growing number of sales points. With this multi-layered approach, we understand what is being booked and by whom - helping our clients to fine-tune their audience segmentation and identify customer potential, both globally and at country-specific level.” 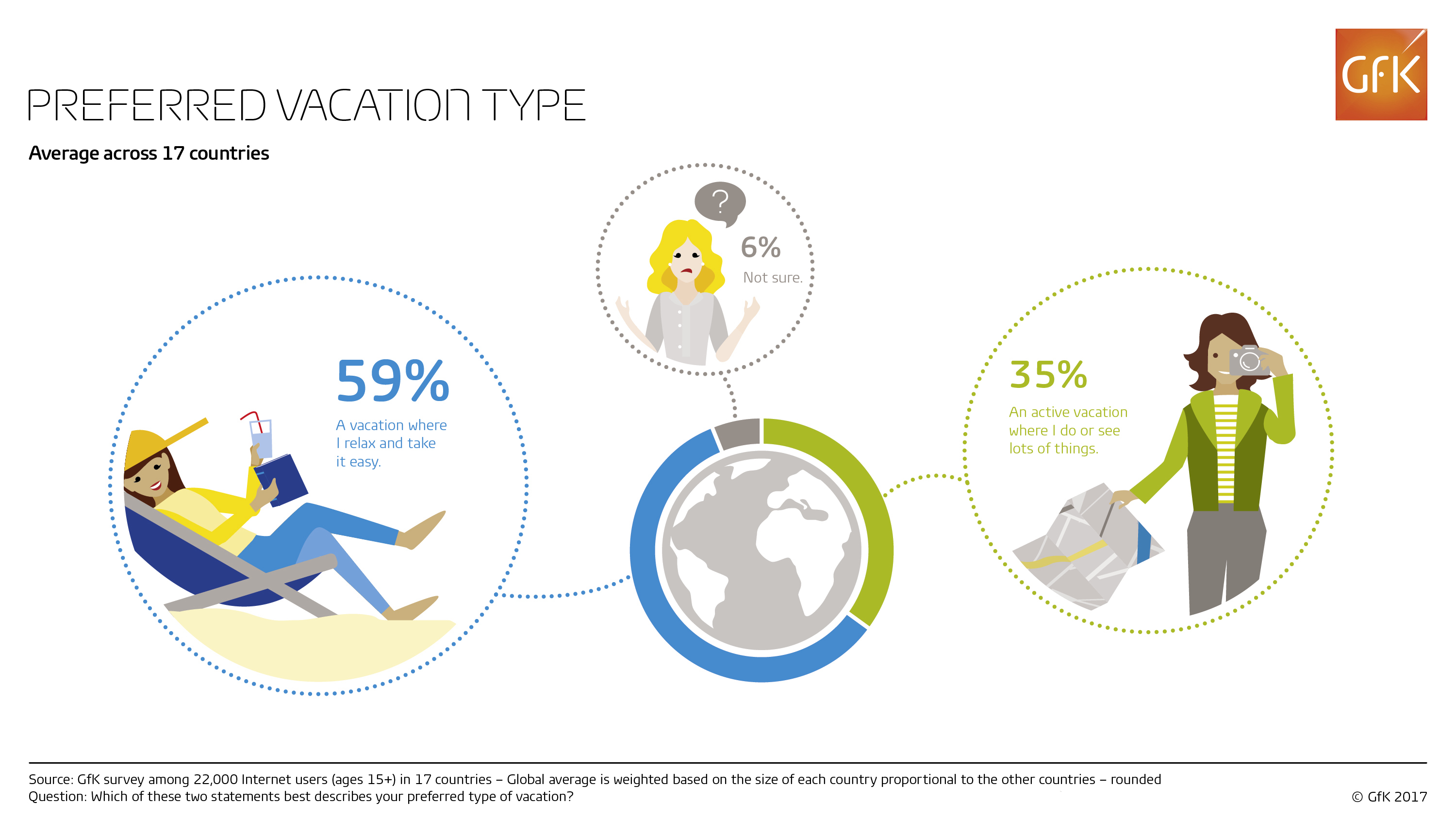 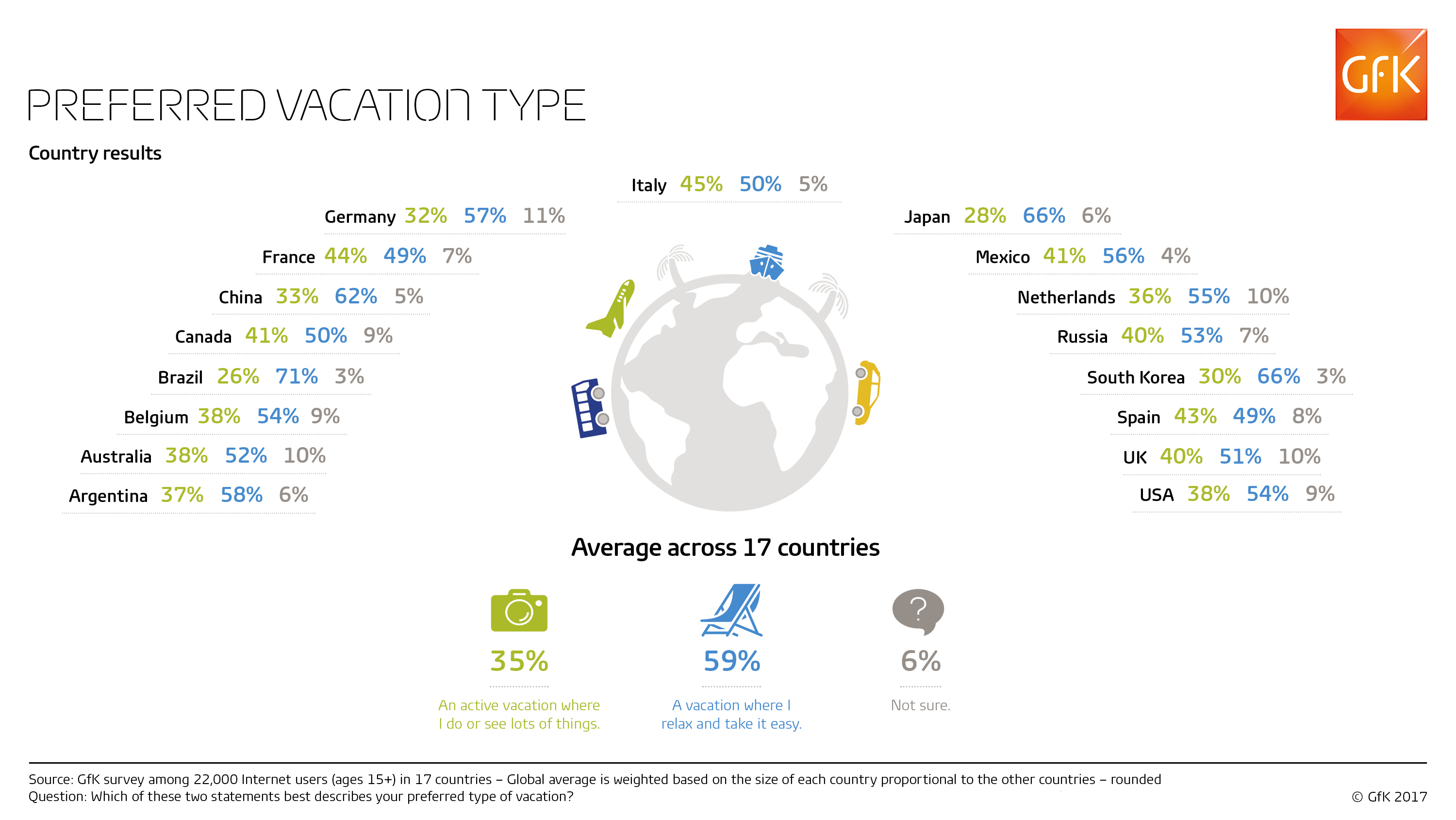