A quarter of people entertain guests at home daily or weekly

Mexicans and Argentinians are the most frequent hosts out of all 17 countries surveyed, with 42 percent and 39 percent respectively entertaining guests at home either daily or weekly.  They are followed by Brazilians at 36 percent, Italians at 34 percent and Chinese at 30 percent.

In contrast, Koreans and Japanese are least likely to entertain guests in their home, with over a quarter (28 percent and 27 percent respectively) saying they never do this. They are followed by the Dutch, at 19 percent.

Internationally, gender makes next to no difference in how often people entertain guests at home. One in three (34 percent) of both genders entertain at least once a month at home. However, added to that, men are very slightly more likely than women to entertain daily or weekly, while women creep ahead of men for entertaining less often than once a month.

Households with young children and people in their twenties are the most frequent hosts.

More data is available in GfK’s complimentary "Frequency of entertaining guests at home" report showing findings for each of the 17 countries, by gender, age, family stage and income 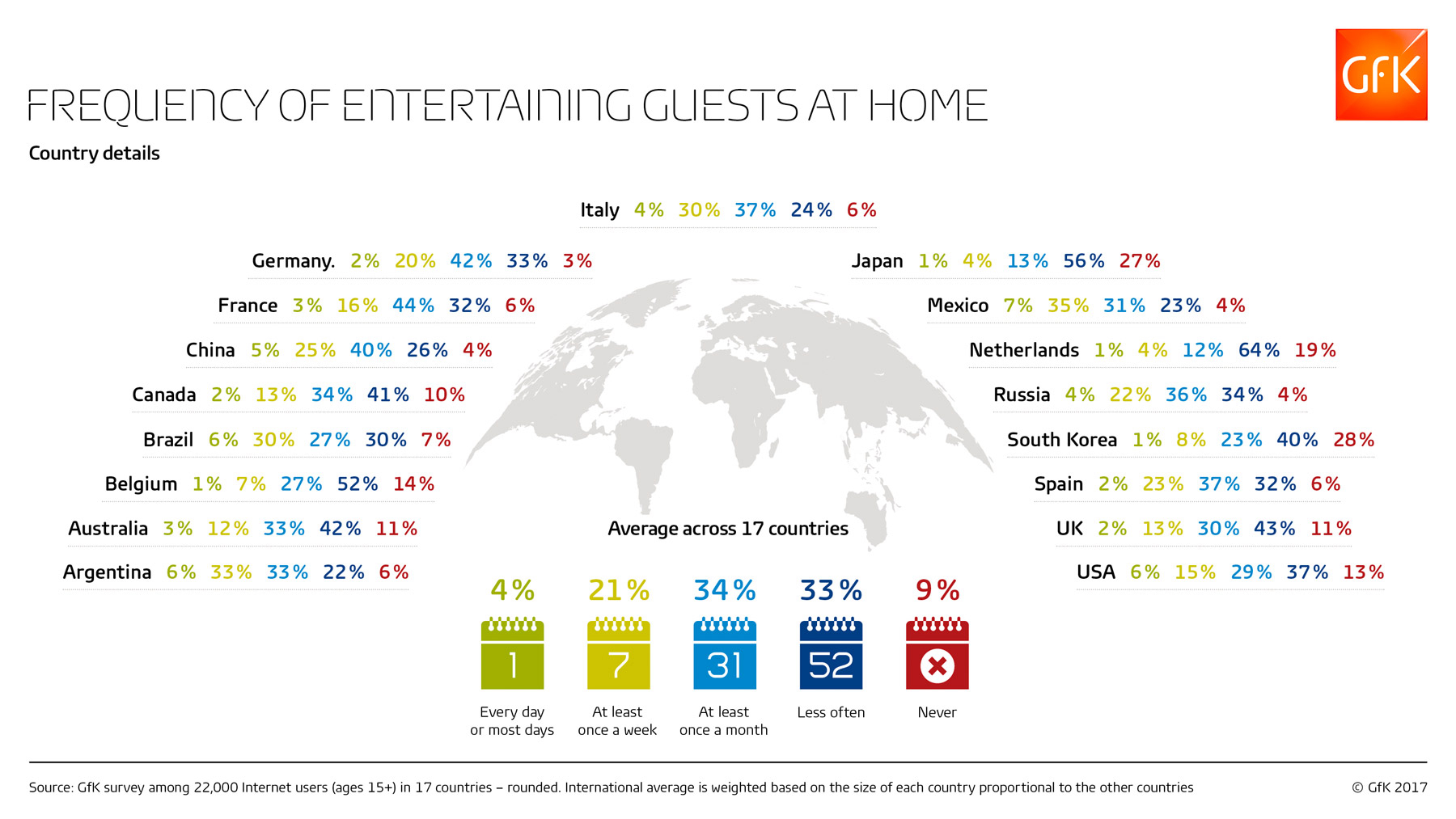 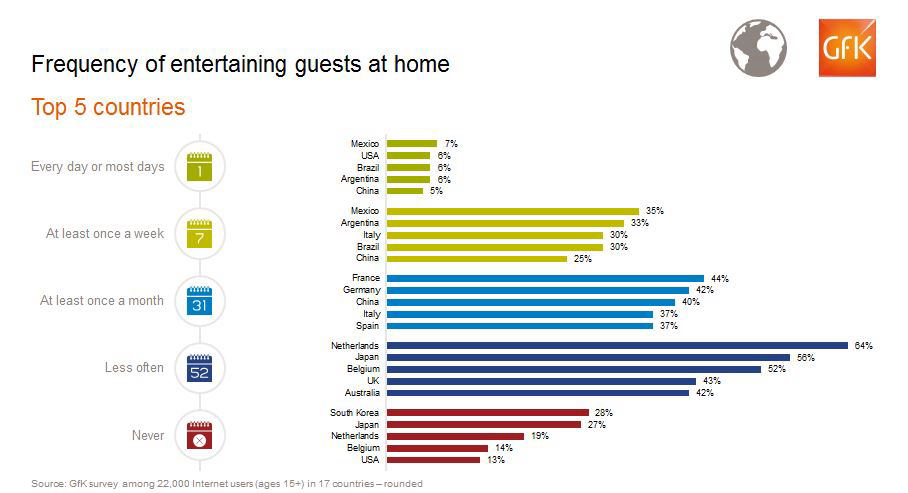