GfK’s long-running Consumer Confidence Index improved seven points in December, to stand at to -26 overall. All five measures increased in comparison to the November 20th announcement. 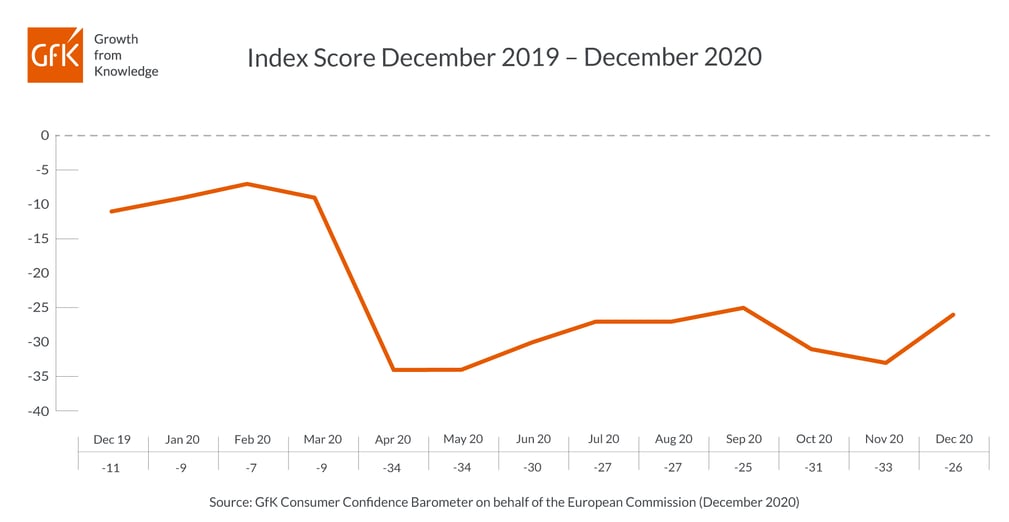 “Many might be surprised that we are ending 2020 on a much brighter note after a roller-coaster of a year. It’s safe to say that consumers are looking for good news and they have found it in the form of the UK’s COVID-19 vaccination programme getting underway, which has lifted the mood pre-Christmas 2020.

"The 15-point leap in consumer views on the future economy stands out: we have not registered a change of that magnitude for that measure since April/May 2011. The renewed expectations on personal finances looking ahead are also welcome, while the six-point uptick in the Major Purchase Index is good news for online and offline retailers.

"While confidence is still in negative figures overall, we can start to ask: are we finally heading in the right direction?”

The Overall Index Score increased seven points to -26 in December. All five measures increased in comparison to the November 20th announcement. 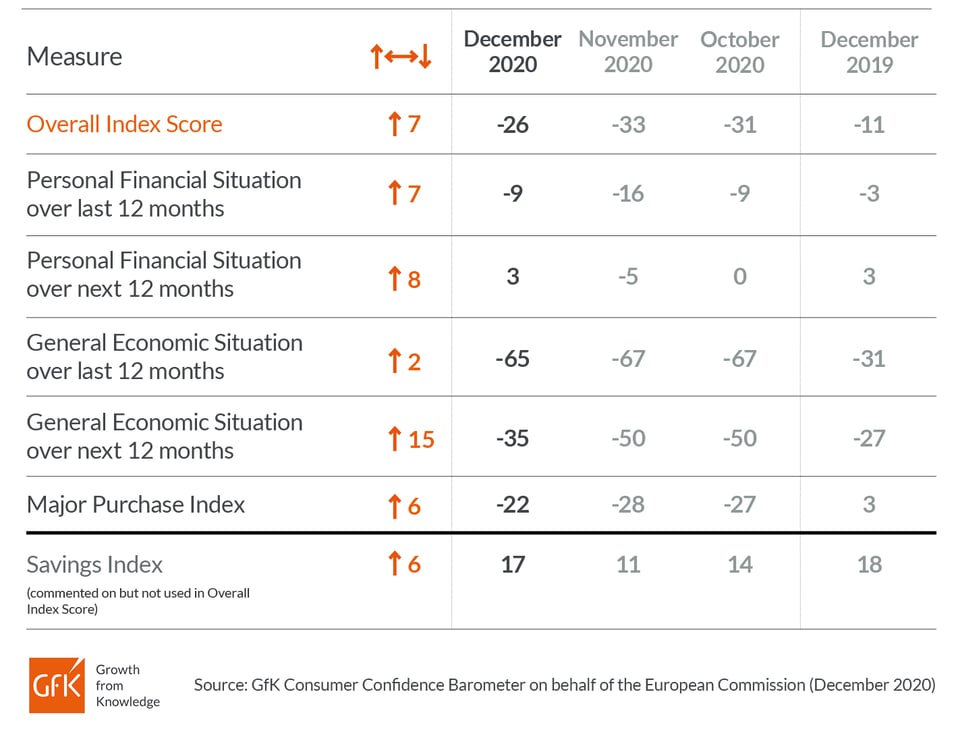 The index measuring changes in personal finances over the last 12 months is up seven points       to -9; this is six points lower than December 2019.

The forecast for personal finances over the next 12 months is up eight points this month at +3; this is the same as December 2019.

The measure for the general economic situation of the country during the last 12 months is up two points at -65; this is 34 points lower than in December 2019.

Expectations for the general economic situation over the coming 12 months are up 15 points; this is eight points lower than December 2019.

The Major Purchase Index has increased by six points to -22 in December; this is 25 points lower than it was in December 2019.

The Savings Index has jumped six points to +17 in December; this is only one point lower than this time last year.