Premium opportunities despite challenging conditions for the IT market

One of the factors driving a decline in sales in this market is increasing prices. The average price of laptops sold in the first quarter of 2017 was 19% higher than in the equivalent period of 2017, and there was a similar increase for storage, peripherals and components. The trend of increasing prices looks set to continue, as sales tracked by GfK’s distribution panel show that the price of laptops sold from distributors to retailers in March 2017 increased year-on-year by 30%.

Despite the declines for key product areas, there are some exciting areas of opportunity in IT. PC gaming continues to be a driver of growth across multiple related product areas with components, peripherals and monitors all showing value growth when comparing Q1 2017 with Q1 2016. Gaming keyboards and mice, for example, experienced a year-on-year value growth rate of 28% in the first quarter of this year. This growth rate was even higher than the increase in the amount of units sold, demonstrating that gaming consumers are prepared to pay premium prices if the features suit their needs.

Another area of growth is in new mesh network products, which offer more comprehensive networking coverage and added features compared to traditional communication equipment. Sales of these products added over £1million to the retail networking market in Q1 2017, despite them typically being sold at price-points above £200.

What the examples of gaming and networking demonstrate is that even in challenging conditions there are opportunities to generate value for the IT channel as long as changing consumer needs are understood. 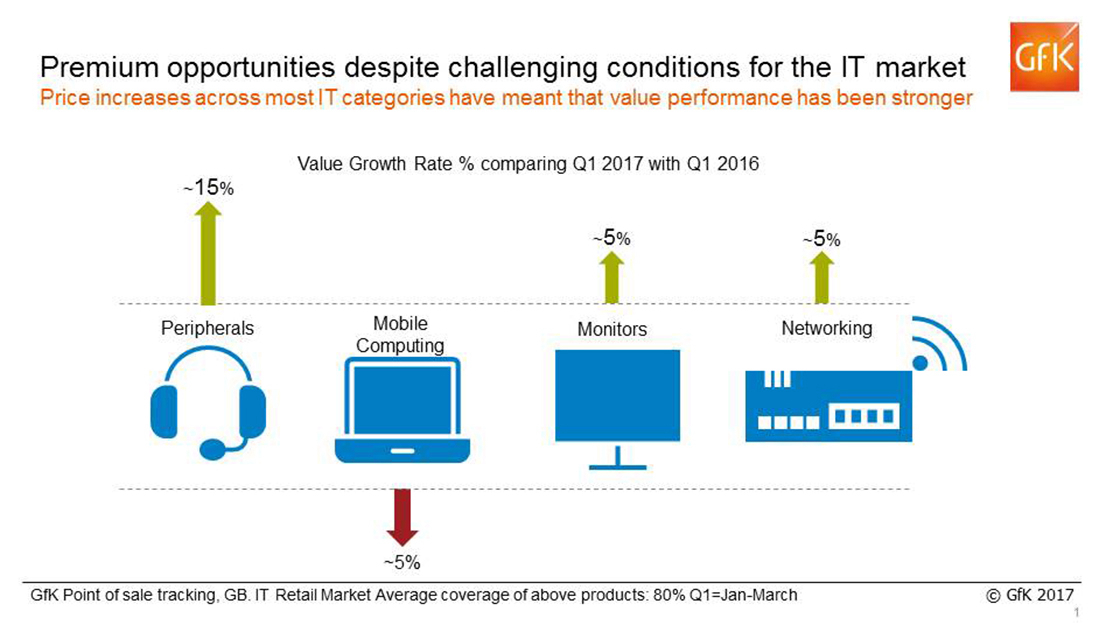