Household appliances sold in the UK get smarter during 2015

In 2015, for the first time since the GfK consumer confidence began, an entire calendar year was spent in positive numbers. This has translated into a strong year for major domestic appliance sales, with total MDA 8* sales up 5.8% year-on-year (YOY) in value terms despite a 2.5% drop in average selling price. Tumble dryers and dishwashers were the top appliances, with +12% and +10% YOY value growth respectively.

This increase in average selling price can be attributed in part to the 149% YOY growth of smart connected appliances. These devices, which are able to be controlled by a mobile device or external control panel, have an average selling price 69% higher than non-smart-connected models. Across MDA 8 the most smart-connected appliance by value share was washing machines, with a peak of 3.2% in Q4.

Consumers were more likely to purchase appliances online in 2015 than the year before with 36.7% value of the MDA8 market online, up 2 percentage points YOY. The most significant difference between online and instore pricing was in the hoods category, with an online average selling price 6% lower than the total market. Of the MDA8 appliances fridges were the most likely to be purchased online with 41% of market value online. 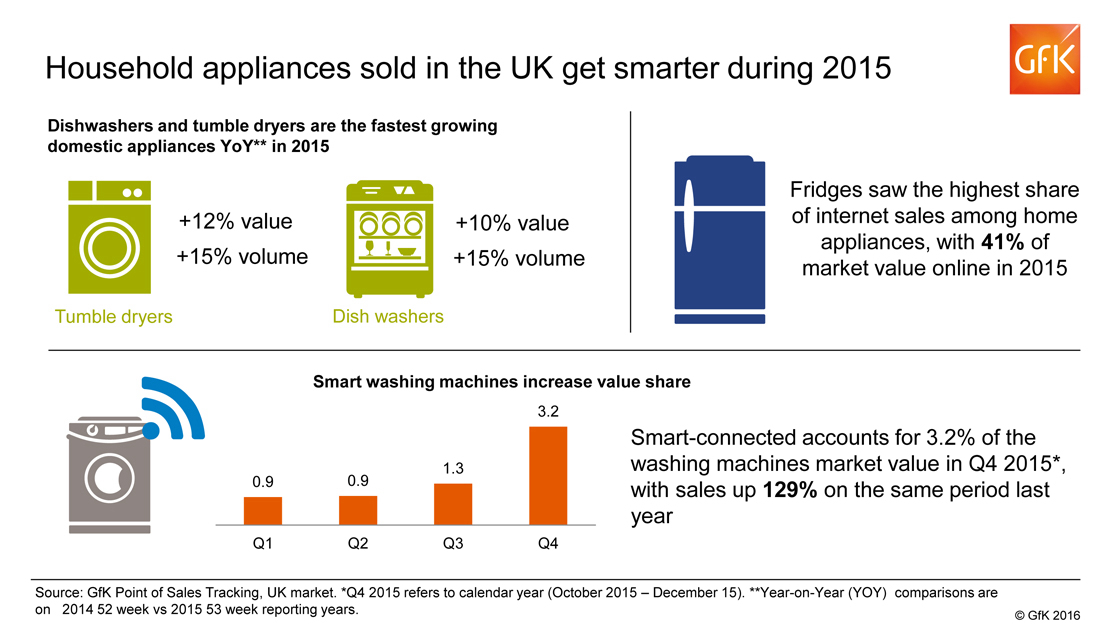