The wild bird care market has shown a remarkably strong performance during 2015*, registering value growth in both volume (18%) and value (15%) vs. 2014.  This is despite the recent mild weather, in fact the UK experienced the warmest December and third warmest November since 1910.

What this seems to show is the enduring affection the British population has in catering for the bird population, perhaps stimulated by the increasing awareness and interest in the area across the media as well as in retail.  We have for example seen an increase in the number of different brands and models selling feeders in the market.  And despite the mild weather during 2015 a good number of consumers will have bought in advance in preparation for the bad weather to come.

Growth has not been consistent across the board though, with differences by and within retail trade channels, and across categories.  The fastest growing category (albeit the one with the smallest share) has been feeders with food (filled feeders) which has grown 23% in value followed by accessories including products such as feeder poles and nesting boxes which saw 22% more money spent on them than in 2014.  It is interesting to note that the market share for accessories increases each December, indicating a Christmas gifting aspect is at play.  December is also the month which returns the highest average price for these products.

It will be interesting to see how sales perform in the key month of January given the change in temperature, and taking into account how strong January 2015 sales were.  That period in itself was 24% higher in value than January 2014. 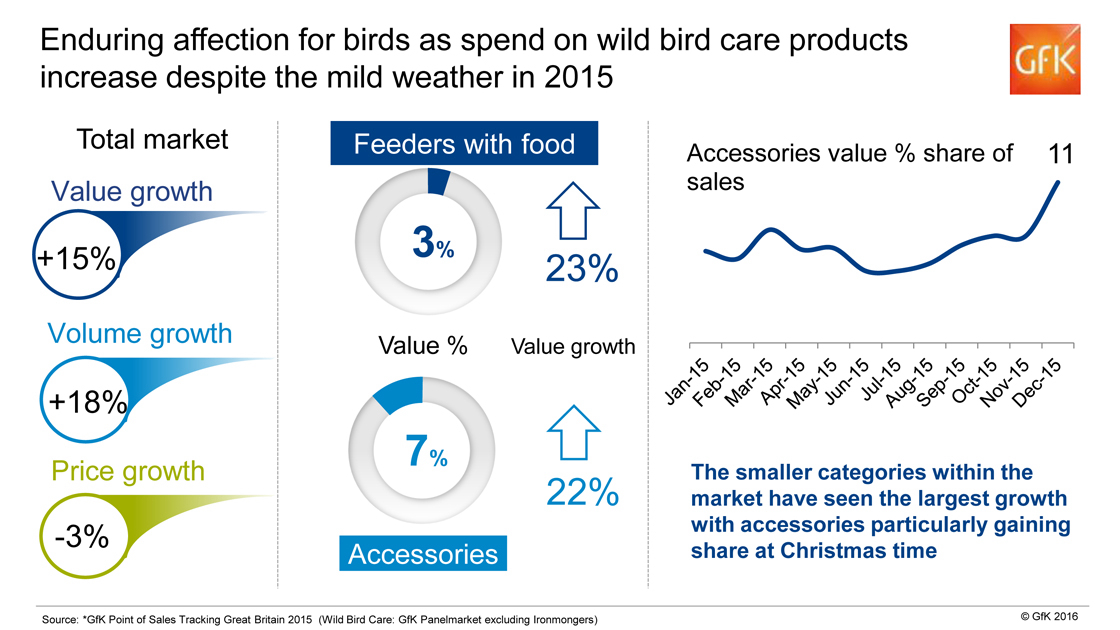