We all thought it, and perhaps even knew it! We’ve seen the rise of online sales in Black Friday weeks across the last few years, but now it’s official, for the consumer durable categories as tracked by GfK, more sales now take place online than off. Last year the online participation was 48% of value, in 2017 it has just tipped the balance at 53%. Perhaps this isn’t surprising, after all it’s not a public holiday with family shopping excursions like it is in the US, and with the ongoing penetration of mobile (other articles this week have referred to this) it’s becoming even easier for consumers to shop online as they go about their busy lives.

The other point to note around Black Friday this year is the general consumer sentiment. The Consumer Confidence Index, as tracked by GfK, was measured as -12 for the overall index in November, these figures being released yesterday. This sets Black Friday 2017 against a backdrop of low confidence, particularly towards major purchases. This is driven by the recent interest rate rises, higher inflation and general economic uncertainty.

Let’s look at the week prior to that of Black Friday, as many retailers now extend the event and start well before the day itself, in an attempt to win consumer spend, stabilize demand over a longer period and avoid technical issues on the day itself. In week commencing Sunday 12th November, we saw a sales value growth when compared to the same week last year, at 10.3%. Volume was also up slightly at 2.1%. So the early promotions have clearly had an effect, and driven more value and volume into the market. 44% of value sales were made online in this week. (For context, our weekly leader panel runs at 36% online sales when you measure it year to date).

Now looking at the Black Friday week, we saw a much more muted growth in sales, at 2.5% in value, and volume down 7.4%. We can’t expect to keep seeing huge annual rises in this week as we did when the event was less established, and the performance of the week prior has clearly taken some of the sales impact.  Looking across the sectors, the best growth in the tech areas came from wearables at 25.8% value growth, followed by consoles and games at +8.2%, small domestics at +2.1% and  IT at +1.6%. Major domestics, consumer electronics (excluding consoles) office equipment and photo all declined year on year.  I should also mention stationery, which outside of tech saw a strong growth at +10.1% year on year, again in value terms.

Moving into specific product groups, strong performances worth mentioning are large screen TV’s driven by the 70+” segment (+47%), the 51” – 59” sizes, (+40%), Vacuum cleaners (+31%) and All in One PC’s (+30%). The biggest overall growth category in percentage terms was Communications Devices (+108%), driven by an increasing demand for smart home products.

Finally, looking at our Homewares panel, we saw a year on year decline of 4.9% in value. The furniture market as part of this struggled to live up to its billing from the previous year where an almost 4% growth in 2016 vs 2015 was met this year with a 3.6% decline. It’s not all bad news here though; there have been some stronger performing sectors within furniture such as upholstered (+1.6%) and Living & Dining (+1.2%). It’s a case of finding the opportunities in the home markets.

So, all in all a more muted Black Friday week in terms of growth, but the week prior has delivered more encouraging growth figures. The question is how much further can the online sales penetration go in this promotional period, and will it get to a point in future where Black Friday in the UK is primarily an online event. Of course there’s a role for stores, but does it look different in years to come? Overall, the event has again driven sales and been a major talking point amongst consumers. It will now be interesting to see how the remaining trading weeks in the run up to Christmas perform, along with the traditional post-Christmas sales.

For more information on anything mentioned in this article, please get in touch with me directly. 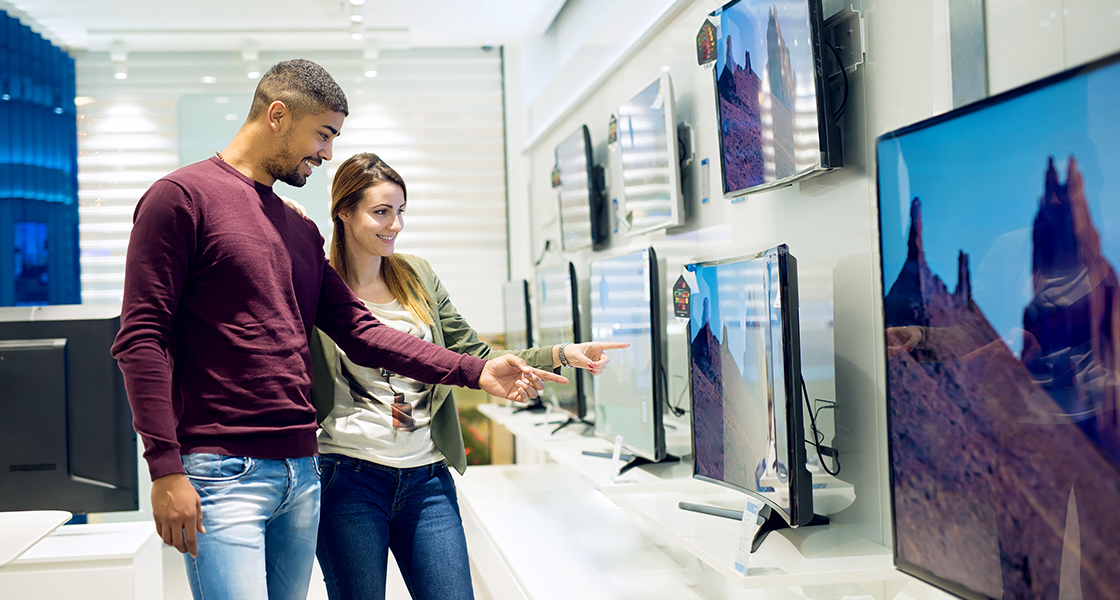