A big sigh of relief as consumers spend at Christmas

Whilst a positive result is often referred to as Christmas coming early, given the uncertainty of the past 6 months, our retailers were just grateful that Christmas came at all this year.  And come it did, with overall year on year December retail growth up 4.3%, and all the big generalist retailers making lots of positive noise around December/Xmas trading results. In fact, you could be forgiven for thinking that consumers were continually spending in the festive run-up, Brexit be damned!

However, figures out from the ONS suggest the story is less clear cut, with December retail spend across the board 1.9% down  vs. November (the biggest monthly decline for over four years!) . The IMRG confirmed that online sales in December were down 11.3% vs. November, further proving that thanks to the growing popularity of Black Friday, this year Christmas really did come, or at least start early after all. Not only was Christmas early, but it predominantly happened online.

According to the IMRG, November e-retail sales were up 23% (the biggest yoy growth for 6 years), and Black Friday week experiencing 24% growth vs. last year’s promotional week. Perhaps most interestingly, it seems our high-street/multichannel retailers benefitted most from Black Friday this year, with 27% online growth vs. only 17% for online only retailers in November.  This suggests that our bigger omnichannel retailers’ focus on smart discounting paid off.

The shift to online was further reinforced by the BRC figures, which showed that despite a December footfall rise on the high (+0.8 vs. last year), this was more than balanced by footfall declines at retail parks and shopping centres.  Some may speculate that the increased high street traffic could have been driven by ‘click and collect’ of online purchases.

Moreover, the BRC confirmed that the pattern of footfall throughout the month suggested that having splurged during Black Friday, shoppers held out until the last week in December before hitting the shops, in the hopes of last minute deeper discounting from desperate retailers.

Much has been made of the slump in sterling, the impact that is likely to have on prices over the coming months, and the fact that consumers will be squeezed. Indeed, despite a one point gain in GfK’s Consumer Confidence Barometer in December (vs. November), overall confidence remains muted at -7, and many commentators have spoken about strong pre-Christmas spending as consumers’ last splurge before tightening the belts next year.

However, whilst confidence in the general economic situation for the UK has been impacted by uncertainty about the future both at home and abroad, consumers remain relatively confident about their own personal financial situation, suggesting that a significant change in behaviour may not be seen until they are faced with real changes in the market.

Nonetheless, Teresa May’s new 10 point plan on how the UK will develop business for the future, places emphasis on infrastructure, training and industrial strategy, which could be interpreted as an acknowledgement of the need  to rebalance the economy away from consumer spending towards production and exports.

For our retailers, this shift in emphasis suggests some recognition of the tough times ahead, and a need for creative thinking to overcome the anticipated pressure on consumer wallets.
One example of innovative thinking comes from Seb James, CEO of Carphone Dixons, who has talked about moving into service subscriptions as a way of diversifying revenue streams and building stronger, ongoing relationships with customers. This approach aims to leverage the ‘experience economy’ whilst cleverly offering consumers some reassurance in times of uncertainty.

As we enter the new year, one thing is for sure, 2017 will be an interesting period for our retailers. We predict the most successful will be ever more agile, creative and delivering experiences that exceed consumer expectations at every turn. 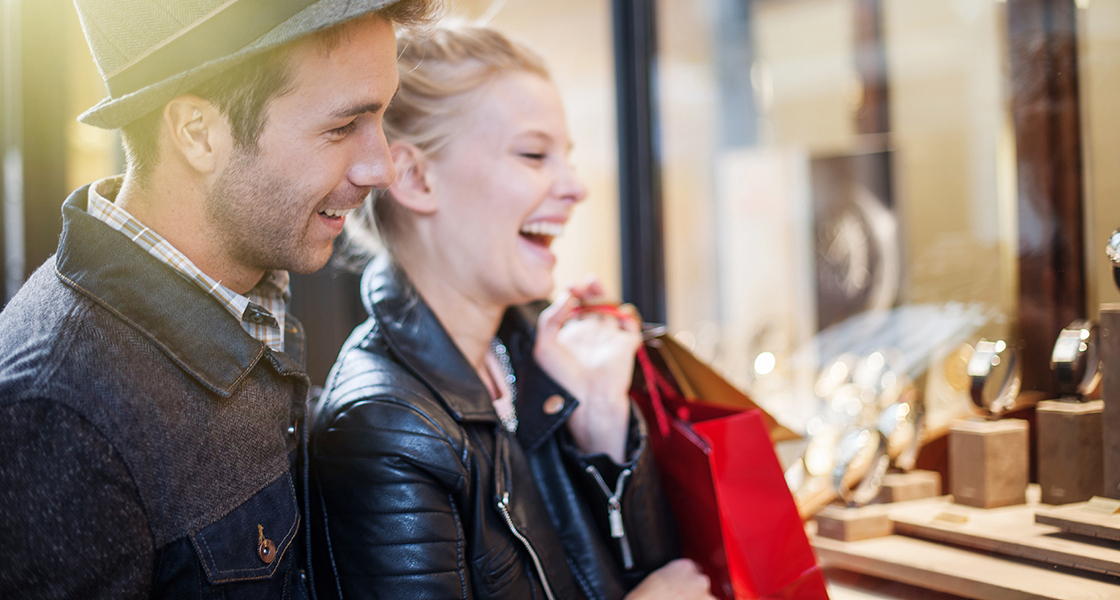